Restricting global warming to 1.5 degrees is now virtually impossible, according to the Climate Council’s new report, Aim High, Go Fast: Why Emissions Need to Plummet This Decade. The report warns that if drastic emissions reductions are delayed just three years more, the planet will likely exceed 1.5 degrees warming in the 2030s.

Despite this, targets of net zero emissions by 2050 continue to be adopted and lauded worldwide—a time frame the Council says is a decade too late “to avoid the devastating consequences of 2 degrees, or more, of global warming”.

The difference in impact between 1.5 and 2 degrees of warming isn’t small. At 2 degrees warmer, there would be twice the decline in the catch from marine fisheries (at 1.5 degrees it’s 1.5 million tonnes, at 2 degrees it’s 3 million), twice the reduction in crop yields, twice the loss of geographic range for vertebrate and plant species, and three times the loss for insects.

At 2 degrees warmer, almost a quarter more of the world’s population will be exposed to severe heat events than at 1.5 degrees. In Australia, record-breaking extreme weather events such as the “one in 1,000 years” drought conditions of 2006, the Coral Sea heatwave in 2016 (which led to bleaching of large areas of the Great Barrier Reef) and the heatwaves in the summer of 2012-13, will be around 20 percent more likely.

“Delaying climate action is as bad as denying climate change science”, the Council explains, “because the outcome is the same: we fail to avoid the far more severe impacts experienced at higher levels of warming”.

In a special 2018 report, Global Warming of 1.5ºC, the Intergovernmental Panel on Climate Change explained what the measures necessary to limit the temperature rise to 1.5 degrees would look like: “Rapid and far-reaching transitions in energy, land, urban and infrastructure (including transport and buildings), and industrial systems. These systems transitions are unprecedented in scale, but not necessarily in terms of speed”.

Now the Climate Council can add, three years on, that “the ‘rapid and far-reaching transitions’, or even planning for such transitions, are not yet underway” and so they will need to be “unprecedented in terms of speed as well as scale”.

What does “unprecedented speed” look like? According to the Council, to limit warming to 1.8 degrees, Australia needs to reduce emissions by 75 percent by 2030, with 100 percent renewable electricity generation by the same year, to lay the basis for the rest of the economy to reach net zero emissions by 2035.

It’s been ten years since the first major report of the Climate Commission (the precursor to the Climate Council)—a decade that, in 2010, it described as critical to keeping global warming below 2 degrees. Today, we can see how little progress has been made. If we don’t have change soon, in 2030 we’ll be looking back at another wasted decade and coming to terms with the impossibility of limiting warming to 2 degrees.

Perhaps governments will set 2.5 degrees as a new “upper limit”. For every 0.5 degree increment, though, the deaths will be counted in the millions. 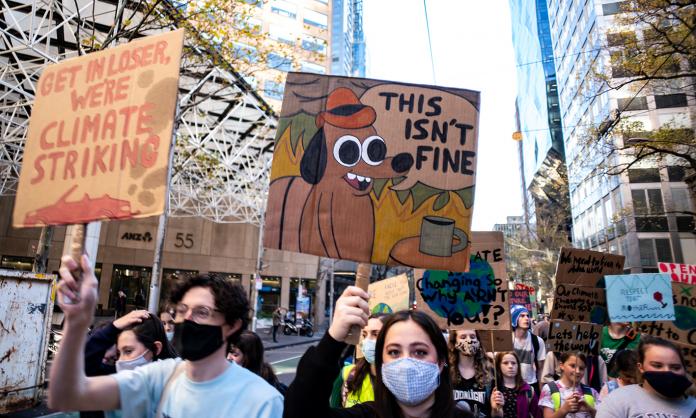 Morrison, Biden and the new age of ‘climate ambition’