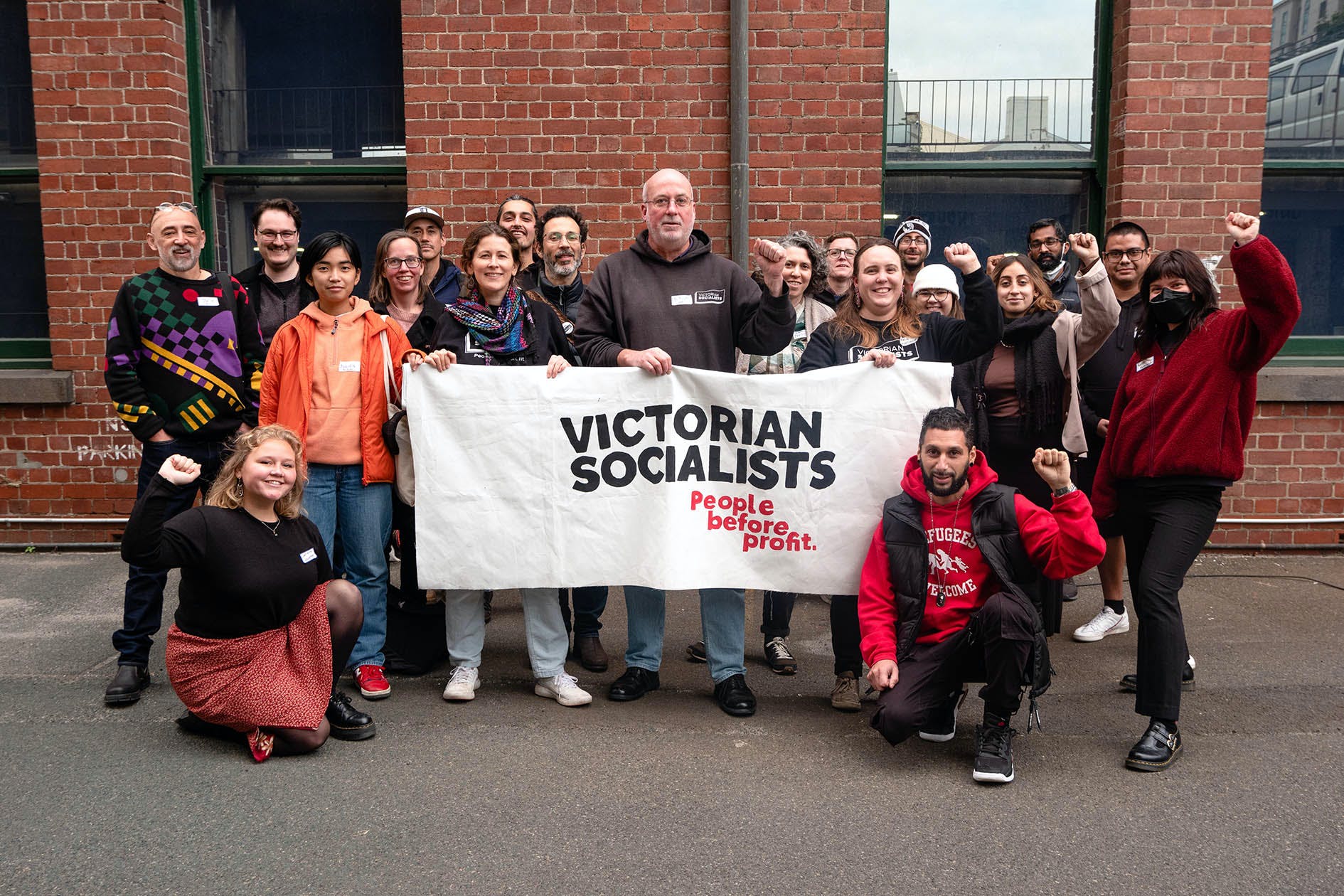 We have to change things. We’ve got to put politicians on a worker’s wage so that they have to live like the rest of us. And we’ve got to get socialists into parliament who will fight to make workers richer and billionaires poorer, not the other way around.

Under the business-as-usual politics of Liberal and Labor, Melbourne has become a segregated city—working-class areas are starved of resources, while the wealthy suburbs get the best of everything.

Under business-as-usual politics, the property market has become a casino for speculators interested only in profits, while homes are priced out of reach of an entire generation.

Under business-as-usual politics, our gas and electricity infrastructure and services have been sold in the name of “efficiency”. Now we’re paying for it as the energy barons squeeze us for every cent.

Under business-as-usual politics, our natural resources—from the minerals beneath the ground, to the arable land, to the forests, to the water in our rivers—have been handed to the highest bidder.

Under business-as-usual politics, the climate emergency gets worse every year, as mass extinctions and irreversible losses of biodiversity put our future in jeopardy.

Under business-as-usual politics, our public schools are the most underfunded in the country and our public health system is in permanent crisis.

Under business-as-usual politics, it’s divide and conquer. Whether it’s the relentless attacks on trans people, the racist panics about “boat people” or “African gangs” or the attacks on Aboriginal sovereignty—all of it is there to divide us and to distract us from the great robbery going on right in front of our eyes.

We need a state that works for everyone. That means taking the power back and building a society that looks after working people and those who have been left behind.

We need to put essential services and infrastructure into public hands again, where they can be used to benefit everyone, rather than just make profits for the few.

We need a socialist society of equality, social justice and environmental sustainability, in which we can organise together to save our planet and reclaim our future.

So let’s put a socialist in parliament—to fight for all of us.

Unlike most people who sit in parliament, I’m not a professional politician. I’ve worked as a labourer on construction sites for a couple of decades, as well as in factories and office jobs.

For the past few years, I’ve been an industrial organiser. I’ve helped workers in aged care fight against privatisation, helped workers in warehouses organise strikes to win job security and helped hospitality and retail workers challenge wage theft and win.

I’ve helped build successful campaigns against racism since I was a teenager—against apartheid in South Africa, to stop the Jabiluka uranium mine in the Northern Territory, to build solidarity with the Palestinian people and for refugee rights. I’ve campaigned for the radical changes we need to avoid climate and environmental disaster—from leading high school walkouts in the 1980s, through to civil disobedience against the major fossil fuel industry conference IMARC in 2019.

Electing a socialist to the upper house of the Victorian parliament will give a voice to all these sorts of struggles. I’ll call out every injustice—like the fact that billionaires have doubled their wealth since 2020 while workers are underpaid and overworked and our healthcare system is in permanent crisis. And I’ll stand side by side with people whenever they fight back against a system that, more and more, is rigged for the super-rich.

In the western suburbs, Labor politicians take us for granted. We need to elect people who will take on the big developers, the billionaires and their mates in parliament.

I’ve been a socialist for 25 years and am committed to working alongside refugee and migrant communities across the west to demand decent work conditions, permanent visa protection and an end to racist policing.

I also have a track record of standing up for workers’ rights. I’ve stood with striking warehouse workers fighting for decent wages and job security, and with the essential workers demanding better conditions during the pandemic. I want to see workers get a pay rise above inflation and for the decades of privatisation and underfunding of essential services to be reversed.

Recently, I initiated a campaign to expand abortion rights and access in Victoria. Following the US Supreme Court ban on abortion, I called and chaired a rally in Melbourne of more than 15,000 people because I believe that we have to fight to defend our rights and cannot be complacent.

A socialist voice in parliament will put the interests of working people front and centre. It will give us a huge platform to push for public housing, rent controls, free publicly funded child care and a fully resourced healthcare system. I hope you will join me in this campaign!

Revolutionary Marxists argue that socialism is possible only if the working class leads a revolution. So why organise among students?