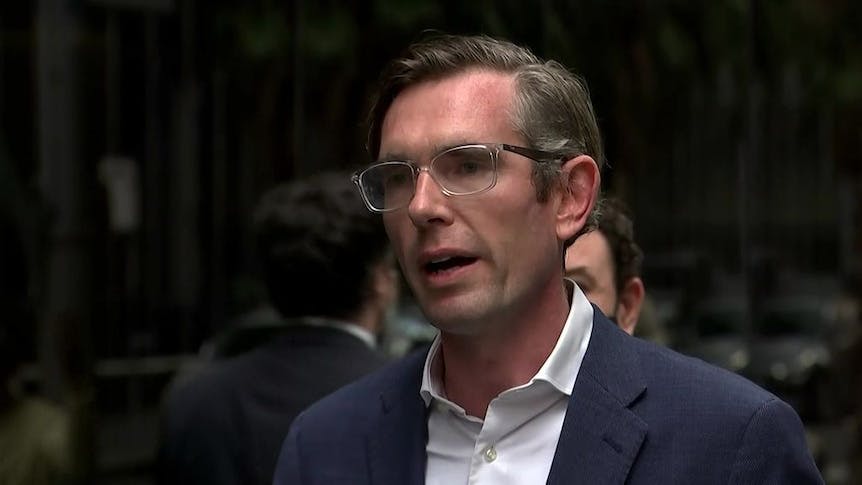 Dominic Perrottet, now premier, is everything you know and hate about the Liberal Party. He’s sort of like what you’d get if you crossed the elite conservative Catholic cult Opus Dei with the World Bank and a commerce-law degree. Actually, he’s not sort of like that—he’s exactly like that. Perrottet’s father works for the World Bank in Washington. Dominic attended the Opus Dei-affiliated Redfield College in Dural and studied commerce and law at Sydney University.

Perrottet cut his teeth campaigning for Liberal Prime Minister John Howard’s attacks on student unions while president of the Sydney University Young Liberal Club. But being a run-of-the-mill Liberal Party warrior for the rich and powerful wasn’t enough. He tried to smash the “moderate” Liberals and build the hard right of the party (dubbed the “Taliban” faction for their social attitudes) under notorious MP David Clarke. This faction made headlines when videos emerged of them at a National Union of Students’ conference singing “God Save the Queen” over an Indigenous elder giving a welcome to country, and chanting “We’re racist, we’re sexist, we’re homophobic!”

Perrottet seems to yearn for those days. Last year, when treasurer, he shared a bizarre social media post attacking Socialist Alternative student clubs and supporting Generation Liberty, the student wing of the conservative Institute of Public Affairs. When Donald Trump was elected US president in 2016, Perrottet declared that it was time for a “conservative spring”. He shared a clarion call for the political right from his official Facebook account:

“If you stand for free speech, you are not a bigot.

“If you question man-made climate change, you are not a sceptic.

“If you support stronger borders, you are not a racist.

“If you want a plebiscite on same sex marriage, you are not a homophobe.

“If you love your country, you are not an extremist.”

Perrottet, true to his word, opposed marriage equality and voted against de-criminalising abortion. He has railed against the welfare system, complaining that “the meddling hand of big government” was leading not only to a Greek-style debt crisis, but also to divorce, lower fertility and “delinquency, dysfunction, crime, and family breakdown”.

Perrottet views the impending climate catastrophe as just another front in the culture war. He argued in a 2015 speech for conservative think tank the Centre for Independent Studies that “an example of gratuitous waste is the almost religious devotion of the political left to climate change”.

John Howard, a conservative icon, endorsed Perrottet because he will champion “economic reform”—a euphemism for governing in the interests of bosses. If there were any doubt, this Christian soldier has proven his willingness to sacrifice the lives of the working class for the profits of the rich throughout the COVID pandemic.

Perrottet has consistently been on the extreme “let the virus rip” wing of the Liberal Party. At a crisis cabinet meeting in July, he was the only MP to vote against extending the lockdown. Thousands more would be dead in New South Wales if he’d gotten his way. With the government’s reckless “freedom day” fast approaching, Perrottet may yet have his prayers answered.

Gladys Berejiklian is just the latest in a long line of Liberal premiers to be brought undone by an ICAC investigation. Long may ICAC’s work continue—it certainly does a better job of exposing and ousting corrupt Liberals than the NSW Labor Party. Perrottet might soon have questions to answer over his disastrous handling of the icare workers’ compensation scheme, in which tens of thousands of workers were underpaid while executive salaries rose and lucrative, nepotistic and secretive contracts abounded.

Perhaps Perrottet and the Liberal machine will try to modify his image from Trumpian conservative to boring accountant. He might develop a sudden interest in footy or something. But we should be ready for what he really is—a right-wing warrior for big business and all its reactionary institutions. ICAC won’t save us from his agenda. We need to build a fightback on the streets and in our workplaces.