Australia’s rivalry with China in the south-west Pacific is intensifying. On 8 November, Scott Morrison declared it was time for Australia to “step up” in the region. He revealed a new aid package for Pacific island countries, featuring a $2 billion financing facility to help construct basic infrastructure including telecommunications, energy, water and transport.

This might sound generous, but it will do little to solve the problems of economic development and poverty confronting Pacific island nations. It also isn’t clear how much of the money will come from cuts elsewhere to the foreign aid budget, or what conditions might be attached to any loans. The bulk of it will find its way back into the wallets of Australian contractors. A further $1 billion has been allocated to export finance assistance for Australian businesses, with the express purpose of helping them compete in the region.

The Australian government is not motivated by humanitarian concerns, but by fears that China is gaining influence in the region at Australia’s expense.

Announcing the new policy, Morrison said, “This is our patch. This is our part of the world”. The trouble is, not everyone agrees.

In the cynical world of imperialist rivalry, so-called humanitarian or development aid is just another bargaining chip. As the 2017 Australian Foreign Policy White Paper noted, “Much of the new competition for influence is … being played out through infrastructure development”.

Australia is already by far the largest provider of aid in the south-west Pacific, with expenditure estimated by the Lowy Institute at nearly $800 million in 2016, more than four times larger than China’s.

In recent years, however, Australian aid has been cut back. The Chinese government has been expanding its presence in the region, as part of its wider project of challenging the dominance of the United States and its allies in the Asia-Pacific.

The new aid package attempts to shore up Australia’s pre-eminent position. For example, Australia will fund a humanitarian and disaster relief ship operating semi-permanently in the region. China already has a similar hospital ship in operation. In June, Australia stepped in to construct a new international telecommunications link for the Solomon Islands after Chinese company Huawei had initially been contracted for the job.

Increasingly, the jostling for position includes military aspects and financial aid. Australia has committed to supplying 19 new naval patrol boats to several Pacific countries at a cost of $2 billion. Now, a dedicated facility will be created in Australia for training Pacific nations’ police forces, and an ongoing Australian Defence Force detachment will be formed to tour the region training local militaries.

This focus on security reflects longstanding Australian concerns that “unstable” island nations could provide an opening for major power rivals such as China to gain a foothold in the region.

Australia is looking to boost its military position in its former colony of Papua New Guinea. About 1,500 ADF personnel were stationed in the capital, Port Moresby, during the recent Asia-Pacific Economic Cooperation summit, an ideal opportunity to parade Australia’s military ties with PNG in front of international dignitaries.

In early November, it was announced that Australia would fund a redevelopment of the Lombrum Naval Base on Manus Island. Once again, this move was prompted by rumours that China was working on a similar deal with the PNG government.

Lombrum was a major base for the United States during World War Two, and was operated by Australia until 1974. It occupies a strategic location facing open waters to the north of PNG, adjacent to major shipping lanes connecting Australia with north-east Asia and North America. Although it is a PNG facility, the Australian Navy is planning how it could use the enlarged port at Lombrum as a base for operations. The United States Navy will reportedly be joining them.

It’s hard to see how any of this is in the best interests of Pacific islanders. Morrison claims that Australia’s new policy is in accord with the Boe Declaration on regional security, issued at a recent meeting of the Pacific Islands Forum. But Pacific leaders actually said that “climate change remains the single greatest threat to the livelihoods, security and wellbeing of the peoples of the Pacific”.

Obviously, Scott “my-best-friend-is-a-lump-of-coal” Morrison will not be acting on the threat that some Pacific islands could be literally wiped off the map by rising sea levels. Nor will home affairs minister Peter Dutton be opening Australia’s borders to climate refugees who find their island homes increasingly uninhabitable.

At least the Pacific nations can look forward to more visits from foreign naval vessels. Flying the Australian flag, of course. 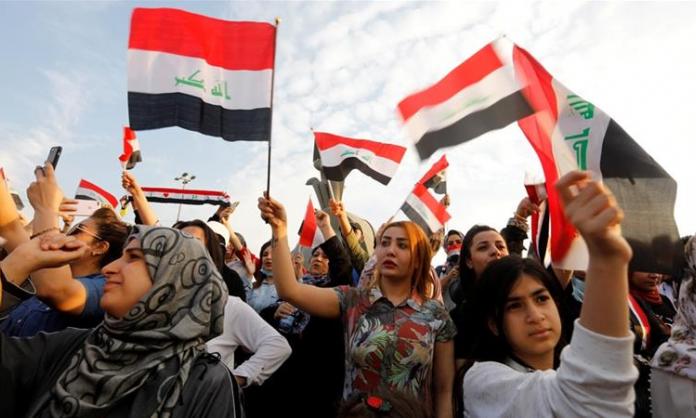