What Happened in NSW?

How did the Liberals win the NSW election? And for a third term, a feat the conservatives haven’t accomplished for 50 years? And especially after they got so pummelled in Victoria? And when federally they remain mired in internal crisis and trail in 50 consecutive Newspolls?

We now face another four years of a government determined to shovel as much wealth to their corporate backers as they can via privatisation, tolls and bloated public-private infrastructure development, all while building an increasingly authoritarian police state and taking no serious action on the environment.

Many have immediately turned to despair, threatening to book one-way tickets to New Zealand while blaming the people for the appalling election result. But it is not people that are to blame; it is the uninspiring campaign run by NSW Labor and led by racist waste of space Michael Daley. While the Liberal National Coalition primary vote fell by 2.5 percent, Labor’s vote also fell by 1 percent and it managed to pick up only two extra seats.

With widespread concern over stagnant wages, rising inequality and costs of living, and with health and education rated as the biggest issues for voters, a campaign that fought for the interests of the working class against all the priorities of the Liberals could have gained mass support.

But NSW Labor supports most of the Liberal’s corporate scams, such as WestConnex for example, whose private owner Transurban regularly donates to both major parties. And Labor’s few left wing policies were piecemeal, gimmicky and sidelined. The party failed, or rather refused, to make the election about class, and in doing so failed to capitalise on the federal Liberal Party’s woes.

Many voters have not forgotten NSW Labor’s long period in government from 1995 to 2011. During that time, it became notorious for corruption, privatisation, toll roads and ramming through projects to enrich developers. It attacked workers’ compensation and led racist anti-immigrant campaigns, particularly targeting the Lebanese community. In 2011, NSW Labor was demolished, reduced to just 20 of 93 seats.

It was always going to take a lot more than a few press conferences and a much-welcomed, though belated, tiff with Alan Jones about the knockdown of Allianz stadium to make people forget that rotten history. That’s why, despite the widespread opposition to the government, the polls remained around 50-50 in the lead up to the election.

On top of that were revelations of Michael Daley’s racism. “Our kids are moving out and foreigners are moving in and taking their jobs … Our young children will flee and who are they being replaced with? They are being replaced by young people from typically Asia with PhDs”, he was reported as saying.

Labor tried to write this off as a “gaffe” and Daley offered an inadequate apology. But this was no minor issue. It came after previous Labor leader Luke Foley’s comments about “white flight” last year. And just a few days after the Christchurch massacre, and with both major parties calling for cuts to immigration, blaming migrants for congestion and lack of infrastructure.

Labor does not have a monopoly on corruption and racism. Independent Commission Against Corruption investigations brought down 10 Liberal MPs and a premier in 2014 alone. New Liberal MP Wendy Lindsay, who won the marginal seat of East Hills, has spent years campaigning alongside the far right to oppose a mosque in Padstow.

But in this election, the Liberals did not run a racist law and order campaign like they did in Victoria.

Their focus in the last week of the campaign was on Daley’s racism, and Labor was punished for it, not just by voters from Asian backgrounds, but from many others who were reminded of the grubby nature of NSW Labor. In scenes that must have been repeated across the state, one polling booth staffer reported a number of write-in informal votes for Jacinda Ardern and Eggboy.

If that wasn’t enough, Labor, and especially the Labor left, devoted significant resources not to battling for Liberal-held seats, but to smear the Greens in Newtown and Balmain. This failed miserably, the Greens retaining both with an increased margin.

The Nationals were punished in rural areas, losing two seats to the Shooters, Fishers and Farmers party, which has positioned itself as a right wing populist opposition and capitalised on the disastrous and corrupt mismanagement of water flows in the Murray-Darling system.

More worrying is the return of One Nation, which contested the election for the first time since 1999 and won one, perhaps two, upper house seats. It is chilling that just eight days after the Christchurch massacre of 50 Muslims, 6 percent of voters still opted for the party of open racism. We will be subjected to eight long years of far right bigot Mark Latham in the NSW parliament, and potentially in balance of power situations. The Liberals have already made it clear they are happy to work with him.

Overall the result is a bad one. Everyone who wanted to kick this government out, including many unionists mobilised to campaign for Labor, should be furious that their efforts have been undermined by the useless right wing hacks who run the NSW Labor machine. We need a genuinely left wing, working class alternative. In the meantime, the government is not popular, and it can still be fought in our workplaces and on the streets. 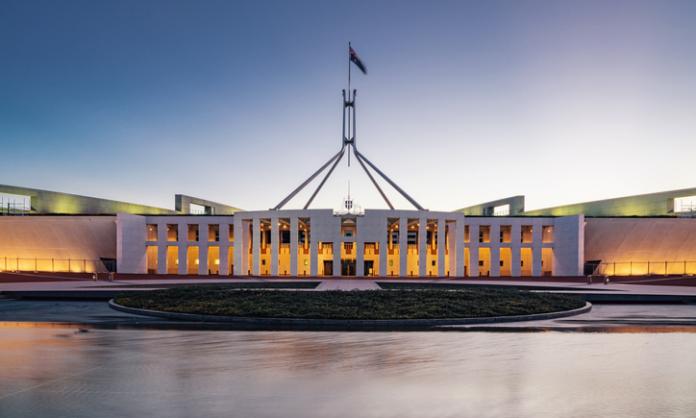