Market no solution to climate catastrophe 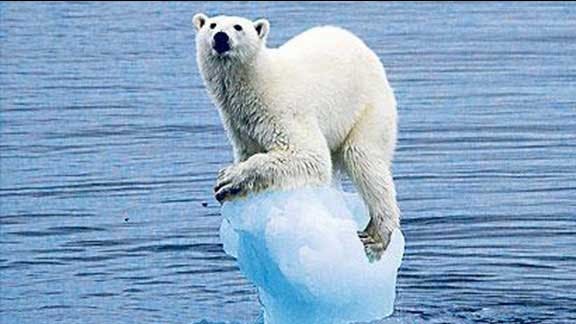 If you blinked, you’d have missed it.

Amid the past month’s new round of terrorism hype, the release of a major scientific study into earth’s “life support systems” – a study that extrapolates from current trends to conclude we’re on a path to environmental and social catastrophe – barely rated a mention.

The report, authored by an international team of researchers led by Professor Will Steffen from the Australian National University, identifies and analyses nine key ecological systems that make earth inhabitable for human beings.

They conclude that there are four areas in which these systems have already been pushed to breaking point: climate change, loss of biosphere integrity, land system change and the pollution of the world’s oceans with phosphorus and nitrogen used in fertilisers.

Asked about the implications of the report, Steffen said: “It’s clear the economic system is driving us towards an unsustainable future and people of my daughter’s generation will find it increasingly hard to survive … History has shown that civilisations have risen, stuck to their core values and then collapsed because they didn’t change. That’s where we are today.”

The latest trends in global warming are alarming. After analysing data going back to 1880, the US government’s National Oceanic and Atmospheric Administration concluded that 2014 was the warmest year on record. Globally, average land and sea-surface temperatures were 0.69 degrees above the 20th century average. Last year was the 38th year in a row that global temperatures were above the long term average. All of the 10 warmest years on record have occurred since 1998.

What can be done about it?

There is a seemingly endless line of global summits and negotiations about the problem that lead nowhere. Intricately designed market-based solutions, such as the EU’s much-vaunted emissions trading scheme, have achieved nothing.

But, as Naomi Klein cogently argues in her recent book This Changes Everything: Capitalism vs. the Climate, if we cast aside the idea that solutions must be tailored not to offend the oh-so-sensitive deities of the capitalist market, the whole thing is actually quite simple.

This much was made clear, incidentally, by the recent release of another report, Oxfam’s investigation into global inequality, which estimates that by next year the richest 1 percent of people will own more than the wealth of the other 99 percent combined.

The world’s richest 85 people alone account for $2.1 trillion – equivalent to the combined wealth of the poorest half of the population. The top 1 percent is worth a whopping $134 trillion.

It would only take a small fraction of this amount to drive the kind of large-scale rapid shift towards sustainability that we need. The technology and resources to do so are available. The money is there.

But the rich show no sign of giving up even a fraction of the tax-havens, super-yachts, private jets, multi-million dollar property portfolios, or anything else that helps constitute the lifestyle to which they are accustomed. They’d rather sacrifice the future of the planet on the altar of their own short term gain.

So-called market solutions will get us nowhere. We need to confront the interests of the rich and powerful head on.