Fighting fascists at the footy

Anneke Demanuele was sitting right in front of a small group of fascists when they unfurled an anti-Muslim banner during the Richmond vs. Collingwood game at the MCG on 1 April.

I often expect to face off against an enemy when I go to support Collingwood at the MCG. I don’t expect to have to confront the far right. But last week, as the siren sounded to mark half-time at the Friday night match against Richmond, members of the United Patriots Front unfurled a large Islamophobic banner directly behind where I was sitting: “Go Pies – Stop the Mosques”.

My sister and I immediately jumped out of our seats to confront those holding the banner, including UPF figurehead Blair Cottrell. He announced that he was stronger than me, and that their action was about building his movement, not my emotions. It wasn’t lost on me that his strength doesn’t extend to him being able to hold a rally in Melbourne where he and his followers are consistently outnumbered by anti-racists.

Other Pies fans helped us rip the banner away from the fascists, but security intervened and they walked away with their banner intact. 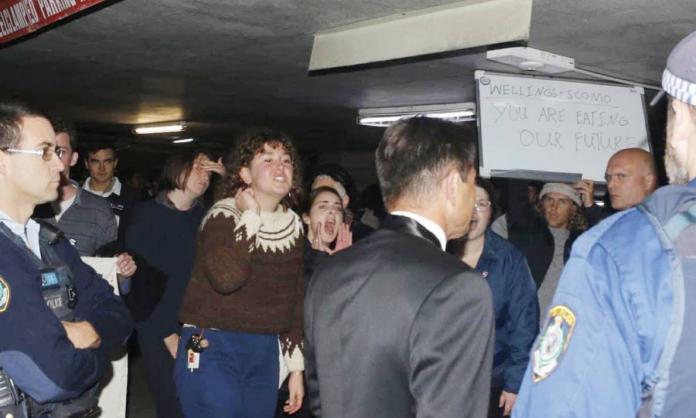 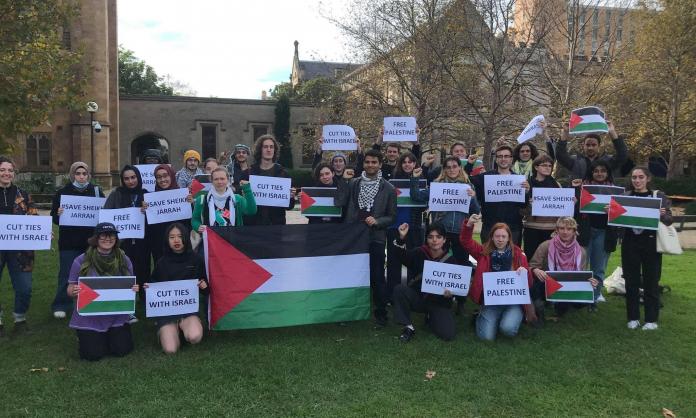