Who can forget the image? George W. Bush’s stupid, blank face staring out across the deck of the aircraft carrier USS Abraham Lincoln under a giant banner emblazoned with the words “mission accomplished”.

The date was 1 May 2003 – a little over a month after the US launched its invasion of Iraq – and Bush was there to declare an end to major combat operations. As it turned out, this was somewhat premature.

Today, the environment movement seems to be having a “mission accomplished” moment of its own. With the price of renewables such as solar in free fall and new battery technology coming on line, many environmentalists are sounding the death knell of fossil fuels.

A recent article by Australia Institute strategist Dan Cass in Meanjin, “The sun rises: the democratisation of solar energy might change everything” – makes the case. The cost of solar power has decreased to the point where it’s now as cheap as, or cheaper than, coal or gas. “As late as 2007”, he writes, “Australia had only about 8,000 solar systems in total. As of 1 June 2016, there were more than 1,548,345”.

Globally, it’s a similar story. According to a Frankfurt School of Finance and Management report, in 2015, for the first time, renewables made up the majority of newly built electricity generation capacity. Investment in renewable energy, at US$265.8 billion, was more than double the US$130 billion invested in fossil fuel power generation.

Cass declares that “renewables have won the energy wars”. Crucially, he argues, this isn’t happening because of government intervention, but is in line with “capitalism as usual”:

“Consumers are rushing to a new technology that saves them money. Capital is flowing to the next big thing. Conservative critics of clean energy can’t quite admit it yet, but the rise of solar and the collapse of the old-energy utilities is ‘creative destruction’. It is the Kodak moment for big energy.”

According to this logic, we needn’t worry too much about continuing with environmental campaigning. Naomi Klein was wrong. It’s not, as she had it, “capitalism vs. the climate”, but rather capitalism for the climate. Put simply, technological developments mean that, while it may not yet be apparent, fossil fuels are dead in the ground.

All this is very comforting for those of us who have been alarmed by the headlong rush of global capitalism toward climate catastrophe. But just as with George W. Bush’s arrogant imperial overreach, this kind of triumphalism is unlikely to end well.

The resilience of fossils

When it comes to the environment, we would do well to adopt the motto of the Italian Marxist Antonio Gramsci: “Pessimism of the intellect, optimism of the will”. There are some reasons to be hopeful about the possible transition of the global energy system to renewables. It’s clear that such a transition now makes perfect sense, not only from a moral and social standpoint, but also economically.

Unfortunately, in a chaotic, irrational system like capitalism, making sense doesn’t count for much. And contrary to the comforting arguments of Cass and others, there’s ample reason to think that relying on “market forces” to drive the change is a recipe for disaster.

Despite recent gains, renewables still make up only a small fraction of global energy production. Electricity generated from renewable sources (excluding hydro) made up just 7 percent of the global total in 2015. Fossil fuels accounted for 80 percent. Even if investment in renewables continues to grow at its current rate, progress toward a new energy system will be slow. Given the mounting evidence of the damage already being done by global warming, that’s something we can ill afford.

Then there’s the continuing power and influence of the fossil fuel industries. Cass’s “Kodak moment” reference is cute. But to compare the situation facing big energy today to that of camera and film companies overtaken by digitisation is to understate massively its centrality to the capitalist system globally.

It’s not just that big energy has captured politicians, who might easily be won away from them if only there was a crackdown on corporate “dark money”. It’s that in many countries the capitalist state is dependent on fossil fuels – most obviously as a source of revenue, but more importantly as a means to maintain their position in the competitive global scramble for economic and military power.

It might make sense, in the long run, for countries such as Australia and the US to become global leaders in renewables – giving them genuine “energy independence” and creating new and potentially lucrative export industries. But capitalists don’t look at the world in terms of what makes sense in the long run. What matters to them are the profits they’re making today.

Maximising profits means squeezing the most out of the resources at your disposal. This includes human and natural resources, as well as the productive infrastructure through which human labour is transformed into commodities for sale on global markets. And it means squeezing harder than your rivals.

In the case of both Australia and the US, fossil fuels are central to the productive infrastructure on which the wealth and power of their respective capitalist classes is based. Historically, a “cheap and easy” supply of energy sources such gas, coal and oil, has boosted profits across the entire economy. Particularly in the context of the emergence of new global rivals such as China, this is a hard thing to give up on.

Donald Trump’s recent executive order on “energy independence”, which winds back restrictions on domestic fossil fuel production enacted under Obama, has commonly been referred to as a straightforward gift to US mining and energy companies. There is an element of truth in that. But it’s far from the whole story.

Breathing new life into US fossil fuel production is part of Trump’s broader project of putting “America first” and attempting to see off the challenge posed by the rise of China. In fact, Trump has framed the entire issue of climate change in terms of the US-China rivalry. In 2012, for example, he tweeted, “The concept of global warming was created by and for the Chinese in order to make US manufacturing non-competitive”.

This is laughable. But it points to how a section of US capital, personified by Trump, views the issue: not simply as a matter of the profits of the fossil fuel companies, but as something with ramifications for the economy as a whole and, by extension, the continued ability of the US to occupy top spot in the global imperialist pecking order.

Trump isn’t alone among recent US presidents in wanting to boost the US’s global competitiveness by exploiting its untapped reserves of fossil fuels. Obama may have presented himself as an enlightened crusader for sustainability, but he presided over an unprecedented boom in US oil and gas production – driven largely by the environmentally damaging technique of fracking.

Another roadblock on the horizon

There are other problems with relying on market forces to drive a “renewable revolution”. One of those was highlighted in a recent issue of the Economist, under the tantalising headline: “Clean energy’s dirty secret”.

This wasn’t, as you might think, a form of clickbait for coal industry executives or Australian politicians looking for a “dirty” centrefold spread on how wind farms and solar panels are bad for the environment. As a mouthpiece for the liberal wing of the Anglo-American bourgeoisie, the Economist is prepared to admit the benefits of moving toward a decarbonised global economy. The “dirty secret” is that renewables are too cheap. “It is no longer far-fetched”, the magazine says, “to think that the world is entering an era of clean, unlimited and cheap power”. There is, however, “a $20 trillion hitch”:

“To get from here to there requires huge amounts of investment over the next few decades … Normally investors like putting their money into electricity because it offers reliable returns. Yet green energy has a dirty secret. The more it is deployed, the more it lowers the price of power from any source.”

The problem, in other words, is that the rise of renewables is making it more difficult for big energy companies to make the kind of profits they’re accustomed to. The Economist argues that this will create a drag on investment, and make the transition to a sustainable energy system impossible without direct government intervention: “Theoretically, if renewables were to make up 100 percent of the market, the wholesale price of electricity would fall to zero, deterring all new investment that was not completely subsidised”.

Cass is right on one point. If we sit back and let the market rip, the rise of renewables could propel us into a situation of “creative destruction” in our energy systems. Contrary to what he implies, however, this isn’t something to be welcomed.

Big energy will not allow its profits to be whittled away. It will fight tooth and nail to stop the further deployment of renewables. And to the extent that they fail in this endeavour, and profits begin to suffer for it, companies will attempt to make up the shortfall by squeezing more out of their existing, creaky infrastructure and charging us more.

In his rush to declare “mission accomplished”, Cass doesn’t give much attention to this side of the equation.

The rise of renewables is cause for hope. But the triumphalism of Cass and others, their confidence that we can sit back and let the market do its work, is a recipe for disaster.

Now more than ever we need to fight. We need to fight to challenge and disrupt the continuing power of the fossil fuel industry in the global economy and in politics. And we need to fight for an energy system that centres on human need, rather than private profit – one that can utilise the very latest in renewable technology to provide a cheap and reliable supply of energy to the benefit of all. 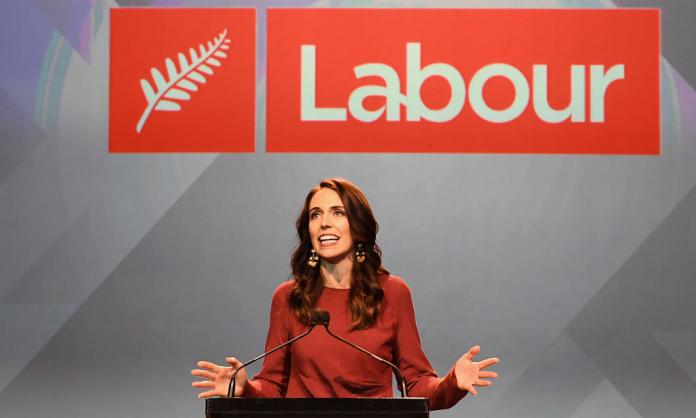 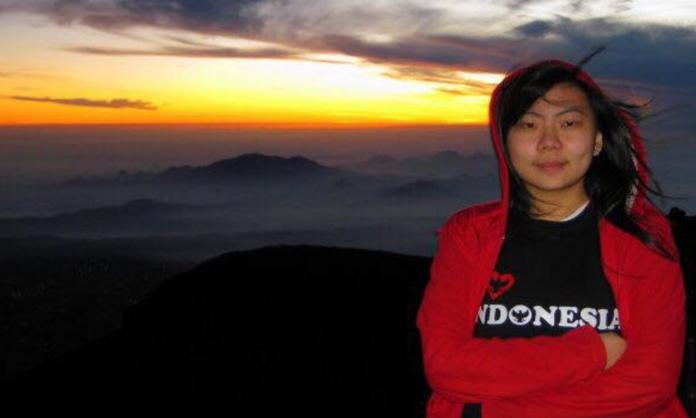 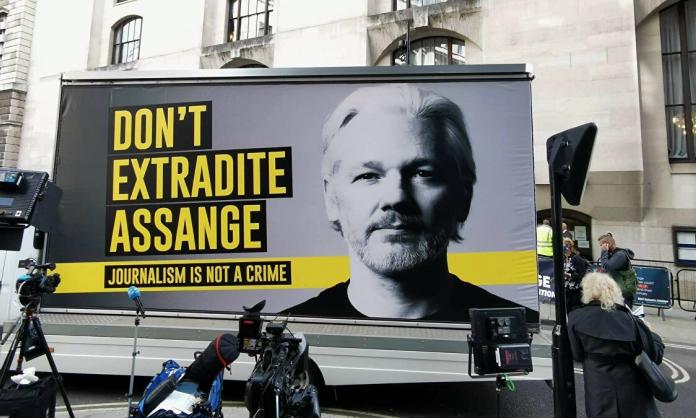 The Stalinist trial of Julian Assange. Whose side are you on? 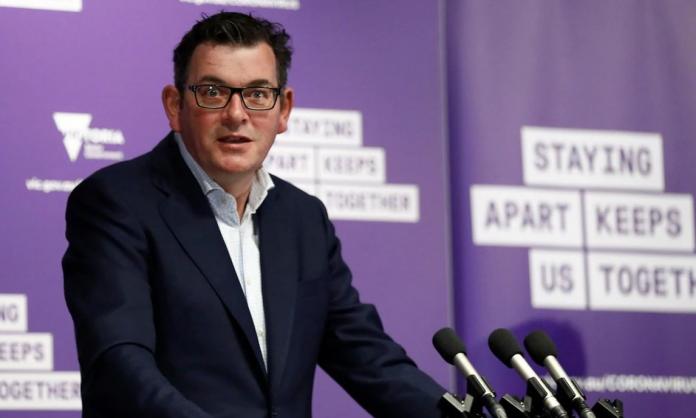