Louisiana state police patrol the streets of New Orleans in the aftermath of Hurricane Katrina, 2005.

In one sense, Scott Morrison is hard working: the prime minister has doggedly cultivated his daggy dad, suburban everyman persona. It was on full display during a recent speech to the Queensland Resources Council – a speech replete with shout-outs to his mate and QRC CEO Ian “Macca” Macfarlane and jabs at the “goat’s cheese circle of some parts of our capital cities” who oppose environmental destruction.

The speech came not long after the week-long protest against the International Mining and Resources Conference in Melbourne. Morrison told the assembled mining capitalists that protesters had crossed the line. Ours was a “new absolutist activism” that is “testing the limits of the right to protest”. Activists who tried to “disrupt” and “disrespect” stood in contradiction to Australia’s “democratic principles”. Home affairs minister Peter Dutton, in an interview with Sky News, took it further: “They don’t believe in democracy”.

Morrison and the Liberals now want to ban the boycotting of businesses involved in damaging mining projects – a move that would criminalise climate activism. When the profits of his mate Macca and the mining industry are threatened, Morrison’s cumbersome everyman mask slips, giving way to the bureaucratic authoritarian who was there all along.

This anti-democratic tendency is at the heart of the way neoliberal capitalism is administered. It is a phenomenon that informs much of Geoff Mann and Joel Wainwright’s Climate Leviathan. Influenced by Enlightenment-era philosopher Thomas Hobbes and 20th century jurist Carl Schmitt, Mann and Wainwright speculate that, as the climate crisis intensifies and adaptation to, rather than mitigation of, global warming takes priority, some form of absolute sovereign might emerge – what they call “Climate Leviathan” – to manage the ecological and social crises.

For Mann and Wainwright, the coming Climate Leviathan would be “a regulatory authority armed with democratic legitimacy, binding technical authority on scientific issues, and a panopticon-like capacity to monitor the vital granular elements of our emerging world”. To the authors, the seemingly ineffective annual United Nations climate conferences nevertheless represent an embryo of this sort of technocratic crisis management. The UN summits might recognise that climate change is human-made and that the rapacious extraction of profit by environmentally destructive industries is a contributing factor. But rather than trying to overcome capitalism’s drive for profit, they enshrine capitalist logic within their agreements and plans. This also means – belying the slogan that “we’re all in this together” – that Climate Leviathan would reinforce and intensify existing inequalities, whether those between classes or those between national states.

In a well-argued critique of green capitalism, Mann and Wainwright see the contours of Climate Leviathan even in “green Keynesian” proposals, such as a Green New Deal. While the demands raised as part of a Green New Deal – state investment into renewables, public transport, housing; transitioning workers out of polluting industries into sustainable jobs etc. – are worthwhile, the framework of green Keynesianism still looks towards a national capitalist state to address a global problem.

Now, we experience the fossil fuel authoritarianism of figures such as Morrison. Some day soon, we may find ourselves in a state of climate emergency. And if hyper-powered capitalist states are still in place, ruling over our lives during the climate crisis, we can hardly expect them to act in our interests. Identifying a paradox within Green New Deal thinking, Mann and Wainwright write: “The scale of the problems is so great, it seems impossible to confront them without the state, but it seems just as impossible that the state as currently constituted is going to get the job done”.

Instead, they propose a radical, anti-capitalist, anti-“sovereigntist” alternative to Climate Leviathan – what they label “Climate X”. Mann and Wainwright recognise that our present social organisation is a barrier to genuine democracy. They also recognise that movements for climate justice – whether generalised struggles against capitalism or the various localised struggles against aspects of the system – must embody a more authentic form of democracy: the idea that the oppressed can participate collectively in society’s decision making.

Climate X is reminiscent of the prefigurative politics popular in the anti-globalisation movement of the late 1990s and early 2000s: a healthy anti-statism and advocacy of popular struggle combined with a naive belief that protests could be the embryos of a new society, with no need to build a counter-power capable of challenging and defeating the capitalist state. Read in the light of the politics of today’s climate movement, Climate Leviathan is a breath of fresh air for daring to imagine a solution outside the scope of capitalism and the logic of the market. Yet Mann and Wainwright’s framework is inadequate, and their conception of Climate X is flawed.

They counterpose democracy (good) to sovereignty (bad). To defeat Climate Leviathan, which comprises not only feeble international summits but also the increasing authoritarian creep of liberal democratic states, a form of sovereignty is needed – i.e., a legitimate power. If we are to challenge the awesome power of today’s Leviathans – the capitalist states that repress and destroy movements for liberation – we will need a superior counter-power.

What kind of sovereignty do we need? Workers’ power. We don’t need it because it satisfies some antiquated nostalgia for the good old days, when workers’ struggle shaped the political agenda. We need it because workers are the only social group with the potential to overthrow the mode of production leading our planet into the abyss. They can do so by facilitating a democratic reorganisation of the economy to express a new form of sovereignty, rallying the oppressed and exploited to a new revolutionary power.

Workers are a collective class, creating everything we use through long, collaborative production chains stretching across the world. But this means that, when workers act in their own interests, they have to work collectively as well. For this reason, working class organisations potentially can create deeper, more radical forms of democracy involving the whole population in governing society. When Karl Marx and Frederick Engels ended the Communist Manifesto with the rallying cry that workers of the world have nothing to lose but their chains, this wasn’t just a warm platitude: the working class is the first class in history with no stake in a new system of oppression or domination. The emancipation of the working class requires the emancipation of all humanity.

In today’s mass struggles, while the workers have been active participants, what’s been missing is the leadership of the working class organised as the working class – not as human beings, not as citizens, but as the people who control the economy. And the potential exists: in Sudan, a political revolution that overthrew a dictator in April began with militant rail workers in December 2018. In Chile, the strike action of workers in general and dockworkers in particular has given the struggle not only longevity but social power.

We need political organisations with roots in the working class, which could argue with authority to push things to the left and look beyond demands simply to reform capitalism, and instead propose demands that match the audacity, the creativity, the rage at a parasitic society that would sooner see people and forests burn than give up the exclusive right of a few to make profit. Such revolutionary organisations could not only help lead the struggle for democracy and the struggle against economic privation but also fight for a world fit for humanity.

We can’t control Mann and Wainwright’s Leviathan, the capitalist state, or make it democratic; we are its victims, not its masters-to-be, and it is designed to dominate us. But nor can we ignore it or escape it. Protests can build a sense of potential collective power, and they are vital for that reason. But we need more. We have to disrupt capitalist sovereignty in the workplace, and smash its Leviathan state by building an alternative power of our own.

Chris di Pasquale is a teacher and a member of the Independent Education Union. He is a Victorian Socialists candidate for Melbourne City Council. 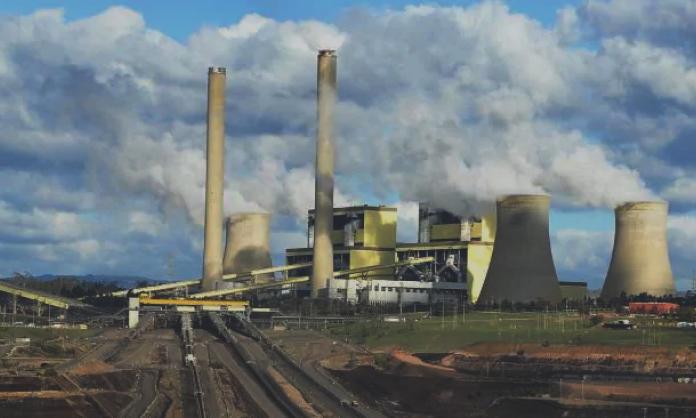 Capitalism is a virus The capitalist roots of the environment crisis 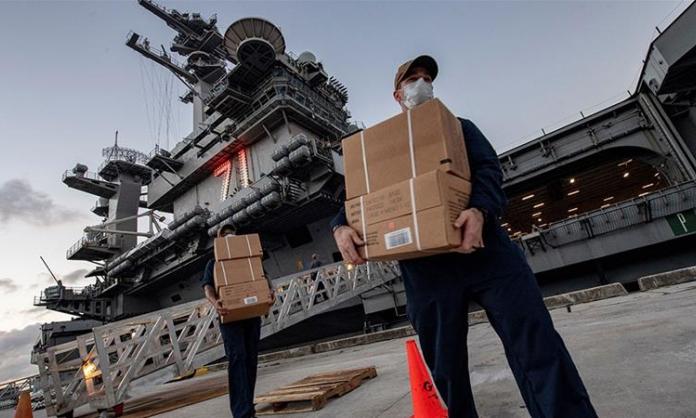 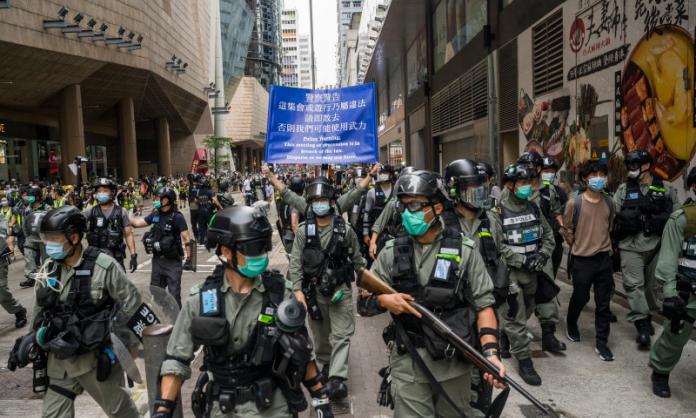