The courage of Chelsea Manning

One of the world's greatest anti-war heroes is rotting in prison on the orders of the US government – again – because she wouldn't betray Julian Assange.

In films, heroes are thanked by the police and rewarded with wreaths or keys to the city. Real life heroes are more likely to be in prison. Since March last year, that is where Chelsea Manning has been.

Manning was originally imprisoned from 2010 until 2017 for leaking files documenting US war crimes in Iraq that she had accessed in her role as a US intelligence analyst. The material that Manning put into the public sphere – from the video of a US helicopter attack that killed 12 civilians in Baghdad in 2007, to the documents verifying the torture of Iraqis, to the field reports revealing a staggering 109,000 violent deaths in Iraq between 2004 and 2007 (including 66,081 “non-combatants”) – the “Iraq War Logs” provided stunning proof of the true horror of the Iraq war.

For this service to humanity, for demonstrating to the world the true nature of US imperialism, Manning was thrown into a military prison at Quantico, Virginia. Before even being charged, she was put into solitary confinement and was under constant surveillance. Investigative journalist Glenn Greenwald wrote that Manning was being imprisoned “under conditions that constitute cruel and inhumane treatment and, by the standards of many nations, even torture”.

In 2013 she was finally found guilty of violating the Espionage Act and was sentenced to 35 years in the Fort Leavenworth prison in Kansas. When she went on hunger strike, protesting the prison authorities’ refusal to allow her access to hormone treatment to transition from male to female, they put her under even more intense surveillance. Manning described how:

At the very end of his term, Barack Obama commuted Manning’s sentence, and she was finally released in 2017. But after only two years of freedom, she is now back in jail.

In March 2019, Manning was ordered to testify before a grand jury against Julian Assange. Assange was Manning’s publisher: he released the leaked material on Wikileaks, and he is currently rotting in HM Belmarsh prison in Britain, charged with espionage and computer hacking for that act.

Manning could have decided to testify against Assange, to grant herself a life in freedom after spending almost her entire adult life in detention. Instead, she told the court, “in solidarity with many activists facing the odds, I will stand by my principles. I will exhaust every legal remedy available” to avoid testifying.

US District Court judge Anthony Trenga said he hoped that while she’s locked in the Alexandria jail, “Ms Manning would reflect on the principles she says she’s embracing ... and whether those views are worth the price she’s paying for them”. The statement reflects how hopelessly naive Trenga is, alongside the rest of his cronies in the state machine that is trying to break her. They can’t understand the fire Chelsea is given every day by her righteous opposition to human degradation and suffering. Their grotesque and twisted view of humanity cuts them off from understanding her determination to fight for it.

On top of imprisonment, Manning faces coercive fines that increase in severity as time goes on in a further attempt to force her to testify. In November the United Nations special rapporteur on torture denounced her treatment as amounting to torture. She responded in a letter stating, “My long-standing objection to the immoral practice of throwing people in jail without charge or trial, for the sole purpose of forcing them to testify before a secret, government-run investigative panel, remains strong.

“I am thrilled to see the practice of coercive confinement called out for what it is: incompatible with international human rights standards. Regardless, even knowing I am very likely to stay in jail for an even longer time, I’m never backing down.”

When Manning, as a 22-year-old intelligence analyst for the US military, made her original decision to leak a dossier of files documenting the realities of the war on terror in 2010, she was not naive about the potential consequences. She knew the repressive might of the US state could crash down upon her at any moment. She had seen what it was capable of, having spent hours watching US soldiers murdering innocent Iraqis with machine guns from helicopters. She knew of Guantánamo and Abu Ghraib, of the torture regularly meted out to prisoners. She knew that she could face a death sentence. And yet still she decided to leak.

That was the first time. This time, though, she knew more. When she made the decision to refuse to testify, Manning knew first-hand the degrading, soul-numbing reality of life in prison. And yet still she did it, and she has woken up every day since in her cell and decided to keep doing it.

But of any individual in the West, Chelsea Manning has done the most to fight against all of the torture, all of the murders, all of the lies of the occupation. She found a crack in the armour of the US military: her own humanity. She pushed it open until it was a wide enough that the world could see into the realities of the war, and she fuelled opposition to militarism by millions.

Chelsea Manning’s imprisonment serves as a reminder of the lengths to which capitalist states will go to commit murder and keep it out of the public eye, to punish anyone who exposes or fights it. But her heroic ongoing refusal to testify serves as a lesson. The history of war is also the history of heroic resistance to war.

'This is war': fighting for abortion rights in Poland

Defiant campaign wins concessions on right to protest in NSW 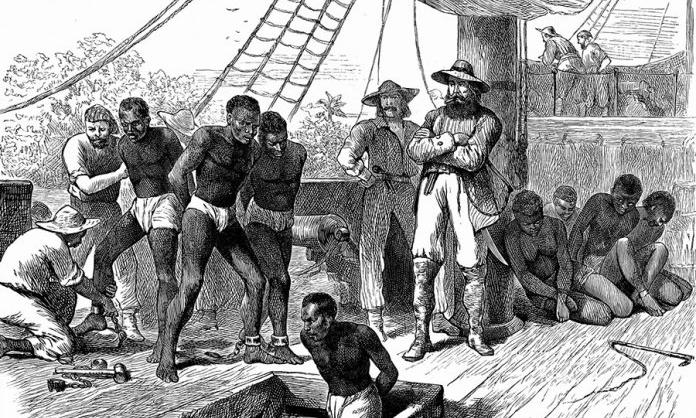 The revolutionary struggle against slavery