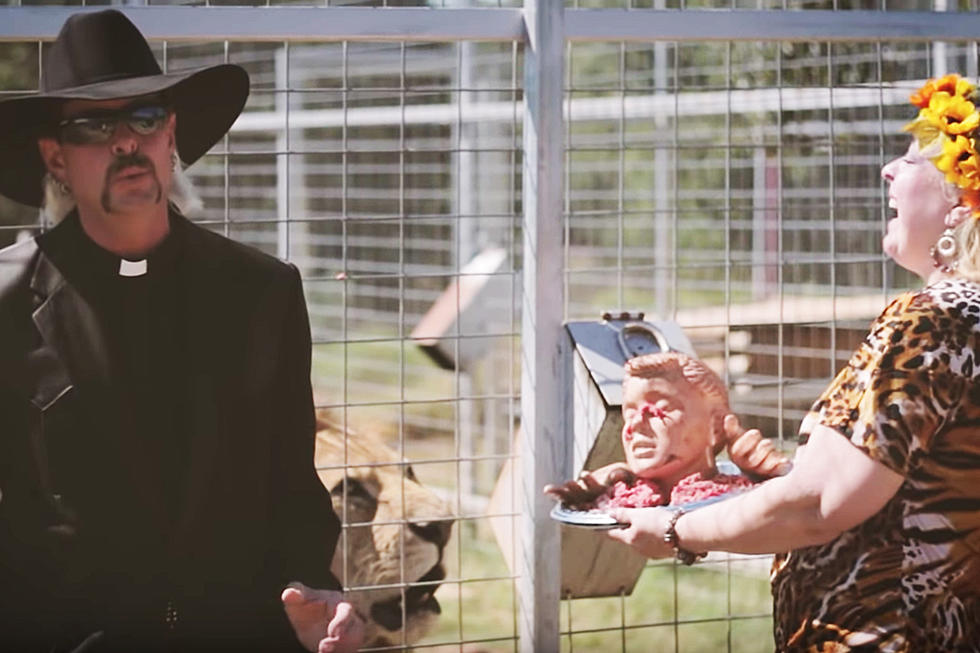 Netflix’s Tiger King, a documentary series focused on the world of exotic pet ownership, has polarised opinion more than any program in recent memory. While the director’s intention was to capture the abuse of animals in private zoos, the series is really about the people who run the zoos, and the way their businesses thrive on exploitation, organised crime and murder.

The Atlantic described the series as a “moral failure” that celebrates the most extreme forms of abuse. The New Yorker has suggested the show is a “takedown of the libertarian ethos, a dispatch from the last frontier of white colonialism”. Donald Trump recently joked that he might pardon Joe Exotic, the titular “Tiger King” currently serving a 22-year prison sentence for the attempted murder of one of his business rivals. Trump and the Atlantic finding themselves at loggerheads over the show is not surprising – it’s another site of struggle between Warrenite liberalism and right-wing populism.

Twenty-first century capitalist culture thrives on our fascination with compromised and morally dubious individuals. It is now the most familiar TV archetype, common to series as superficially different as The Sopranos, Breaking Bad and Mad Men.

If this trend is becoming more pronounced, it may in part be because modern capitalism is constantly giving us more reasons to be nihilistic. Different forms of calamitous crises roll on, while the forces that can give us hope – the workers’ movement and collective struggle – have been weakened. The promotion of Tiger King as something to binge-watch while a deadly pandemic tears apart human civilisation is itself a morbid symptom of the moment we are in.

The series is a fitting testament to late capitalism, neatly exposing the panorama of grotesque abuse generated by the system. Karl Marx once said that the archetypal human from the standpoint of bourgeois society was Robinson Crusoe, the fictional man stranded on a tropical island and forced to fend for himself. The private zoo owner is modern capitalism’s equivalent: the zoo is their island, a small kingdom where all laws, customs and human beings are at their whim.

Joe Exotic is the embodiment of right-wing American individualism. He stockpiles guns and threatens a repeat of Waco, the 1993 stand-off between the federal government and a small religious sect that ended in a shootout which left 75 dead.

Bhagavan “Doc” Antle, a zoo owner with a doctorate in “mystical science”, describes his own zoo as a Shangri-La, a utopian society where nothing bad happens. There’s more than a hint of sex-cult to the utopia he has created, and a former employee alleges that he uses his “apprenticeship” program to procure romantic partners.

While these people have little genuine interest in the animals they cage, their indifference to fellow humans is even more striking. Operating on the fringes of legality, the zoos don’t abide by minimum wage standards, or provide their employees with security or entitlements. Workers at Joe Exotic’s zoo rummage through bins in order to find expired meat to eat and live on-site in squalor.

Both Joe and Doc are narcissists, oblivious to the human suffering they are responsible for. When one of Joe’s employees is brutally mauled by a tiger, Joe is caught bemoaning the financial impact it will have while the worker is still being tended to. It’s a candid moment that reveals the inner moral blankness of a charismatic performer who is usually playing to the camera.

The big cat world also reveals the moral hypocrisy of those who claim to want to improve social conditions while operating under the logic of private enterprise and profit. Carole Baskin, Joe Exotic’s nemesis, campaigns relentlessly against private zoos, and promotes her tiger sanctuary as an alternative. It quickly becomes apparent, however, that her “sanctuary” is itself a private zoo, albeit one with a more sophisticated marketing strategy. Her claim to be guided by a higher calling simply greases the wheels of exploitation. While Joe Exotic and Doc Antle pay their employees poverty wages, Baskin runs her business almost exclusively with volunteer labour.

In the end, the murder-for-hire plot that the series revolves around is its least intriguing element. Instead, it’s the pathos generated by the debased and alienated society depicted on screen. For every abusive character, there is also a personal experience of abuse. It’s an endless cycle for which society currently offers no genuine solution.

You shouldn’t feel guilty for watching Tiger King. The liberal moralising and denunciations of people for indulging in such gaudy and trashy entertainment is hypocritical. Liberals support the economic system that created the reality depicted in Tiger King, one in which individualism, economic competition, exploitation and violence are king. It is a testament to the urgency of finding a fundamentally different way of living and relating to one another.

In a political landscape in which rising costs of living and attacks on work conditions confront a union movement hamstrung by spineless leaders and bureaucracy, it’s easy to forget what it looks like to really fight. In Australia today, despite the best efforts of rank-and-file activists, mass working-class struggle is on the ebb. For a generation of young workers, this means that it is not a matter of forgetting what real, militant unionism looks like, so much as never having experienced it to begin with.

'Pravda', the newspaper indelibly associated with the Bolshevik Party and the Russian Revolution, means 'truth'. It’s an appropriate name for a publication that set out to relate and generalise the experiences and struggles of the Russian working class, which was numerically small and scattered over a vast area in the early twentieth century.

The sculptural silver exterior of the Frank Gehry-designed Guggenheim Bilbao Museum is notable for its monumentality and architectural significance. For one hour last December it was also notable for the 12 members of museum cleaning staff standing silently at the top of the enormous staircase in front of the Museum’s entrance. Wearing t-shirts with the question “Is everyone’s work equally important?” printed on them, the workers were collaborating with artist Lorenzo Bussi and the

“We took an oath of friendship”, wrote French poet, writer and performer Tristan Tzara in his account of the origins of Dadaism, “on the new transmutation that signifies nothing, and was the most formidable protest, the most intense armed affirmation of salvation liberty blasphemy mass combat speed prayer tranquillity private guerrilla negation and chocolate of the desperate”. Today, unfortunately, Dadaism has suffered the ultimate fate of all major aesthetic movements under capitalism.

Crises tumble around our world, challenging certainties, destabilising regimes and shaking-up people’s understanding of society. Out of the disruption comes political analysis and organising, a battle between left and right—liberation or barbarism. Alongside the organisers and agitators are the writers, poets, filmmakers, photographers and artists whose work documents our world of change, forging iconic images that provide fuel for the struggle.