Why is the outbreak in Victoria striking the public housing towers, the meatworks, the aged care centres, and the poorest suburbs? Because the disease thrives wherever inequality is high and workers' rights are restricted.

The year of COVID-19 has been full of surprises, but some things remain depressingly predictable.

Two years ago, the Brotherhood of St Laurence issued a report, “An Unfair Australia?”, which listed the postcodes with the highest rates of youth unemployment in the country. In late June, the Victorian government announced the ten “hotspot” Melbourne suburbs that would be returned to stage three lockdown restrictions. Eight of those ten postcodes were on the Brotherhood of St Laurence’s list. The pandemic follows the poverty.

For most of the pandemic, Australia has mostly been fending off sporadic viral incursions brought by returned overseas travellers. The virus hadn’t really had a chance to spread out, nestle in and shape itself to the contours of Australian capitalism before June.

During that time, we watched in horror as the disease rampaged through China, Italy and the US. In the latter it found its richest stores of victims in the places where the poor are concentrated: public housing blocks, abattoirs, hospitals where personal protective equipment was in short supply, towns where low-paid essential workers travelled to and from work on public transport. Wherever people are poor, working class or Black, the virus finds them.

Australia’s first community outbreak of coronavirus has proven that this pandemic will look the same here as it does everywhere else. When the system fails, it will be the working class that suffers.

The virus escaped from its quarantine hotel in Melbourne via the security guards who were sent there with little training by a company more used to rorting the government than upholding public health.

Private security is one of the lowest paid, most poorly regulated and least unionised industries around. The private security bosses know how to pick up a bit of extra money from government contracts: the Herald Sun reports that the firms that were contracted to secure quarantine hotels made fraudulent claims for government payouts when the company wasn’t paying guards to work. Some of the guards were sent in with only a few minutes of “training” before being made responsible for one of the most critical and difficult jobs imaginable: securing a facility that was, by definition and intention, ground zero for a potential outbreak.

Who in their right mind would give a contract for this vital task to a profit-seeking private corporation in one of the shadiest industries around? It’s a bizarre decision, but it reflects the policy instincts of modern politicians of all stripes.

The Andrews Labor government in Victoria is no exception. The government’s first move when confronted with any major project is to outsource anything that moves, and privatise anything that stays still. It has leased the ports, sold off the land use registry and used “public-private partnerships” to build new infrastructure. This includes hospital construction in Footscray and Berwick and the massive new rail tunnel, all being built for profit by union-busting, waste-dumping construction companies like John Holland and subsidised by the public.

A rational person might think that a quarantine facility in a major pandemic should be secured by highly trained and well-paid health professionals. But to a Labor Party that has been administering cutbacks, sell-offs and “marketisations” for decades, a shonky operator from the dark world of private security was the obvious first choice.

The untrained and badly paid guards predictably fell victim to the disease and carried it to the areas where opportunistic security firms find workers willing to do dangerous jobs for little money. Now the disease has spread from its marketised quarantine into the heartlands of Melbourne’s working class areas, areas already suffering from unemployment and neglect.

Those first ten postcodes to be locked down will be familiar to anyone who knows the geography of Melbourne’s working class. Broadmeadows up north was once home to the Ford plant, where workers famously carried off a heroic nine-week strike in 1973. That plant closed in 2016, by which time a fifth of adults there were already out of work.

The public housing towers that faced the terrifying “hard lockdown” typify working class life under Victorian Labor. Some of the few remaining public housing units that haven’t been sold off by Andrews’ housing minister, they are home to residents whose work puts them at risk through no fault of their own. The towers are underfunded and neglected, so their broken, crowded elevators became perfect disease incubation machines. Then, when infection took hold, they were invaded by police and left for days without food deliveries, medicine or information.

These hotspots are the homes of people who can’t afford to refuse a shift, who do the hard jobs that can’t be done from home but simply must be done and who don’t live in the kind of spacious mansions that make social distancing possible. In many cases, they are home to people of migrant backgrounds, allowing a breathtakingly cynical Murdoch press to try to lay the blame for the last outbreak on “multiculturalism”, after months of complaining that coronavirus was no big deal and “Dictator Dan” needed to reopen the economy as soon as possible.

Despite that dishonest right-wing campaigning, the causes of this outbreak are easy to understand, and the path it travelled easy to predict. Until a cure or a vaccine is found, it now seems certain that future outbreaks will look similar.

The right wing press constantly demands that everything be reopened. Governments want to get back to normal as soon as possible for the sake of the economy, and for this reason things are never really shut down. Shops and restaurants stay open, casual workers keep doing their shifts, potentially being exposed day after day because there’s no alternative. The virus lurks around the fringes of a society in which cost cutting, privatisation and indifference to the lives of workers have become second nature. It exposes all the inequalities of society, and hurts those whose work is the most vital and whose lives are the least valued.

Just like in the US, it’s spreading in the abattoirs and meatworks, where social distancing is impossible and bosses are so lacking in any sense of responsibility, or possibly brains, that they hold mass briefings when cases are found. It’s spreading in aged care homes, where the fact that essential workers who care for the elderly are so badly paid that they have to work multiple jobs at multiple centres is compounding the risk. Eighty percent of community transmission, according to the government, is via workplaces. Low-paid workers are bearing the brunt of this crisis.

So let’s remember, then, that one of the Melbourne hotspot suburbs subject to the early lockdown was recently in the news for another reason. A couple of years ago in West Footscray, a mysterious illegal dumping ground for chemical waste caught fire, sending a terrifying column of black smoke into the air. The burning poisons poured into Stony Creek. Masses of fish and eel corpses washed up on the shore. Three weeks later, residents were still complaining of blood noses, headaches and coughs. Two years later, and that postcode is one of the first ten coronavirus hotspots to be returned to an early lockdown.

Outsourcing and privatisation, the lack of decent pay and training for people doing indispensable work and inequality in housing as much as anything are factors that have led to the current outbreak. They are all the result of choices made by people with power, not natural phenomena. If the outbreaks continue, the inequalities of capitalism will determine who falls victim.

When the press and politicians talk about fighting the pandemic, they talk about vaccines, lockdowns and social distancing. But fighting this disease also means fighting for decent, clean, spacious and well-maintained public housing. It means reversing privatisation, rather than giving responsibility for vital services to capitalists who’d rather make some easy money by submitting fake invoices than prevent an outbreak of deadly disease. It means workers fighting for their right to shut down sites they know to be unsafe, to stand up to bosses who are putting them at risk and to reorganise their work to put human lives before profits.

Speaking out against deaths in custody shame 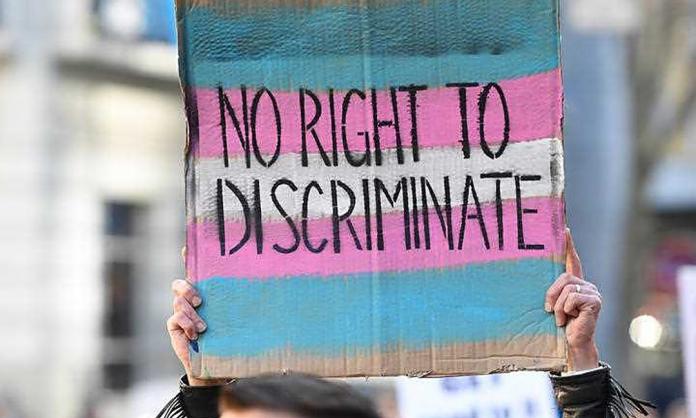