Restore the right to protest in New South Wales

Following a wave of arrests of protesters in recent months, on the pretext of COVID-19 health restrictions, a new campaign has been launched: Restore the Right to Protest in NSW—Democracy is Essential. A statement published by the campaign is rapidly gaining signatures from all quarters of the broad left, including Greens MPs, student representatives, Black Lives Matter organisers, unionists, LGBTI organisations, progressive journalists and academics and beyond.

“Protests have effectively been banned, indefinitely, in NSW”, reads part of the statement. “This is the situation as it currently stands, following the NSW police’s recent interpretation and enforcement of the COVID-19 restrictions. Any public gathering of more than twenty people, for the ‘common purpose’ of protesting, no matter how distanced the participants or large the area, is deemed illegal.”

New South Wales was already notorious for having some of the worst state laws and practices in place to restrict protests. Since the pandemic began, protest organisers from a range of campaigns have found it harder and harder to exercise our democratic right to protest. The main public target of this crackdown has been the Black Lives Matter movement. In June, the Supreme Court tried to declare as “unauthorised” a rally in Sydney following the murder of George Floyd in the United States. But the accompanying media hysteria and threats from police failed to stop 60,000 protesters taking over the CBD. The court and the cops were forced into a humiliating backdown that day, but they quickly plotted revenge. A subsequent BLM rally was dispersed by a massive police mobilisation. Since then, activists have been prevented from holding rallies or have been forced to comply with increasingly onerous conditions, including street marches being banned and participants being forced into small, separate groups.

We tried to push back where we could. In Wollongong, a Black Lives Matter rally defied a Supreme Court ban. Student marchers in Sydney tried to take the streets despite police opposition. But we also felt somewhat compelled, begrudgingly, to find ways to adapt to the crackdown. After all, the pandemic is a very real and deadly threat. Even though the cynicism of the police was blatant—dispersing our protests on “health” grounds while they failed to wear masks and manhandled us—we also wanted to be sure that COVID-19 would not be spread at our rallies. While big business and the government were failing to take adequate measures to suppress the virus, we were not so blithe about the prospect of thousands of people dying from it.

The police mobilisations were significant and difficult to defy, and it seemed we could still find ways, if a bit lame, of mobilising for progressive causes. We marched in smaller groups, tried “exercise” protests, had mass picnics and car convoys. It was all a bit crap—the whole point of protest after all is to concentrate masses of us together to exercise our collective power—but it was something, and we assumed it wouldn’t last long.

But our attempts to adapt to the circumstances were still too much for the authorities. From 28 July, the police have cracked down harder, reinterpreting the state public health orders to mean that even protests at which people stand, socially distanced and wearing masks, in separate groups of no more than 20, are illegal gatherings. As the right to protest campaign notes:

“The Black Lives Matter rally on 28 July [saw] five arrested and the rally broken up by police before it could begin, then was followed by two arrests at a student demonstration at Sydney University against job cuts on 31 July, and again at another rally at Sydney University against job cuts and education fee hikes on 28 August, which saw ten arrested. All those arrested have been issued $1,000 fines, and protesters at the most recent rally reported that police had lists of known activists to target and were threatening to charge people with multiple offences. The maximum penalty that can be applied is an $11,000 fine and six months’ imprisonment. To all those who value democratic rights, this situation is outrageous and intolerable.”

The campaign is therefore demanding that protests be exempted from the public health orders. Such exemptions have already been granted to ski resorts, recreational vessels (read: luxury yachts), places of worship and netball associations, allowing them to exceed the 500-person limit outlined in the orders—yes, 500, not twenty! Winning this demand would not be the end of the matter, but it would be a significant victory.

The campaign will need to be built on a clear perspective on a number of questions. The first is that we can no longer simply try to find cunning ways around the restrictions, through tiny decentralised actions and the like. Such small actions barely advance any of our movements, tend to only involve existing far left activists and won’t be able to win or defend anything we are fighting for. And they certainly won’t win back our right to protest. This doesn’t mean we shouldn’t still think tactically about the best way, time and place to defy and push back against the repressive laws, but defiance will be necessary, in as big numbers as possible. That means more people will need to be ready to face arrests and fines in the coming months. Fines and arrests have been a feature of every civil liberties campaign in history—there’ll be no getting around them this time either.

The second is that there is no realistic legal strategy to win back our rights. The only avenue for this—a constitutional challenge to the health orders—is highly unlikely to win unless the orders are already being defied on the streets. The reactionary High Court judges are no friends of left-wing protesters.

Third, the campaign needs to make clear that while we are absolutely forthright in our demand that the right to protest is a fundamental democratic principle which we will fight for, even in a pandemic, we have nothing in common with the right-wing, big business lobbyists who demand an opening of the economy no matter how many die in the process. Nor do we share any of the values of the conspiracy-theorist, anti-lockdown protesters. We on the left may disagree about precisely what our approach to health restrictions and lockdowns are, but the key thing for the campaign to have any credibility is to distance ourselves from the anti-working-class arguments of those who minimise the danger and suffering of COVID-19, and make it clear that we support drastic health responses.

(Having said that, the appalling treatment by the police of the conspiracy-nuts, such as the arrest of pregnant woman Zoe Buhler in Victoria on charges of “incitement” for a Facebook post, should send shivers down all our spines. The mass arrests and fines given out to the right-wing “Freedom Day” protesters on 5 September are the same kind of treatment the cops have been inflicting on the left—we must oppose the crackdown on political protest in general, not just when it happens to us.)

“The crackdown on protest cannot be justified on the basis of legitimate health concerns”, the statement argues. “We, along with the majority of Australians, support the various restrictions and lockdowns that have been in place in recent months to control the spread of the deadly coronavirus. Indeed, many of us have argued that they should go further. But at the moment, protests are being singled out in an absurd and hypocritical way. In NSW, up to 10,000 are now allowed to attend NRL matches, and 50 in a single corporate box. Three hundred can be in a casino, pub or restaurant. Schools are not closed. Thousands are once again flocking to beaches. Five hundred can attend community sporting events. And yet 21 protesters, socially distanced and wearing masks, is deemed illegal.

“Furthermore, not a single documented case of coronavirus spread has occurred at a protest in Australia. We now know that outdoor activities, combined with mask-wearing, are one of the safest things you can do, and we are committed to organising protests in the safest possible way. The virus is overwhelmingly being spread in indoor, enclosed environments.”

Are we being unreasonable? Can we just wait for the restrictions to be lifted? The campaign statement answers this objection as well:

“The problem with this is twofold. Firstly, we don’t know how long this ban on protests could last. If a vaccine can be developed, it could still be 12 or 18 months away. The case numbers in NSW are currently low, and yet this ban is in place. We are not willing to accept a ban on protests for such a long and indeterminate period.

“Secondly, the injustices and urgent causes about which we are protesting have not been put on hold. Black deaths in custody and racism in the criminal justice system continue. Refugees continue to be imprisoned on Nauru and in city hotels. The climate catastrophe rolls on, with the Morrison government green-lighting a further expansion of the fossil fuel industry. The working class faces an unprecedented crisis of mass sackings, unemployment, and attacks on wages and conditions in the coming months. We need the right to protest more than ever.”

Finally, there is no guarantee, even if all COVID-19 restrictions are eventually lifted, that our right to protest will be restored. The police, doing the bidding of the government and big business, are always trying to chip away at our democratic rights. Their crackdowns on environment and many other protests in recent years are proof of this, not to mention Commissioner Mick Fuller’s penchant for mass campaigns of strip searches and his desire for the public, in his words, to “fear” the police. Our rights will be won back only if we fight for them.

To read the campaign statement in full and to sign on, visit: DemocracyNSW.com/statement

Josh Lees was one of those arrested at the student demonstration at Sydney University on 31 July and is involved in the Restore the Right to Protest in NSW—Democracy is Essential campaign.

Six months of the crisis: what have we learned? 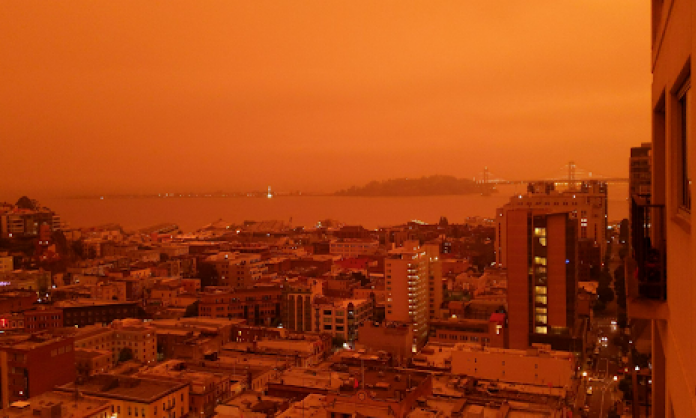