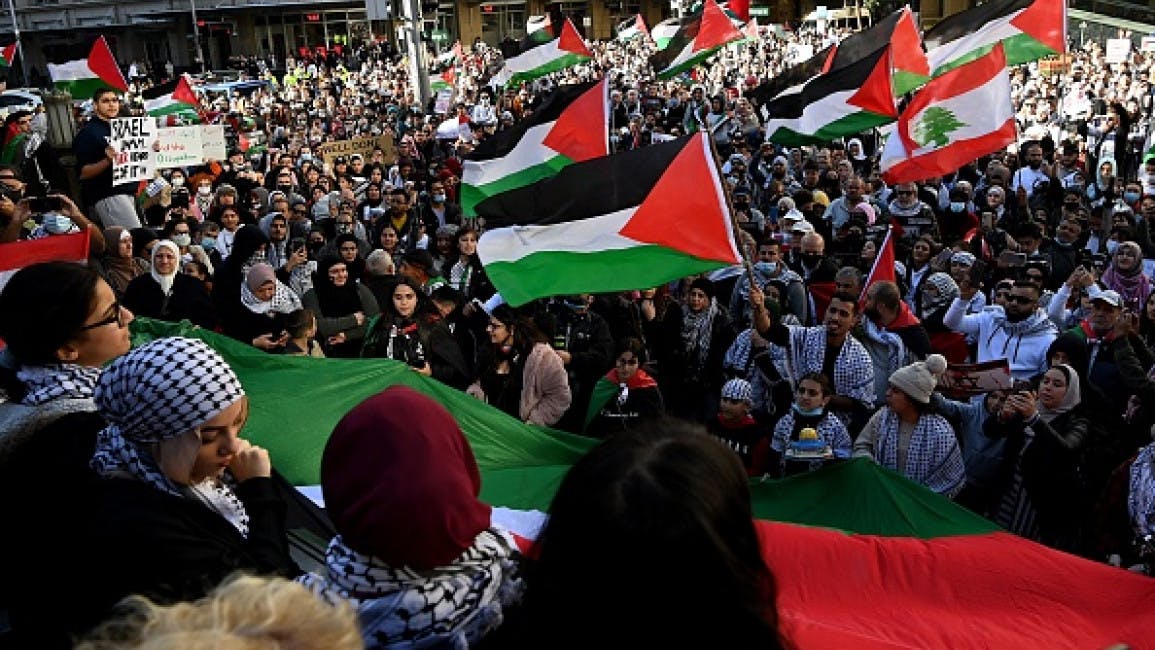 Sharing the statement from Artists Against Apartheid calling on the Sydney Festival to drop its $20,000 sponsorship deal with the Israeli embassy and not to “artwash” Israel’s human rights abuses and apartheid regime, Barkaa went on to say: “We as a nation live in a time where we should know better, so we should do better”.

Barkaa’s withdrawal came a day after Aboriginal journalist Amy McGuire also publicly announced her withdrawal on Twitter. McQuire, a Darumbal/South Sea writer and activist, noted that she “was supposed to appear on a panel for Sydney Festival called ‘Goodbye misogyny’” but had “decided to pull out and join Palestinian calls to boycott the festival”. McQuire went on to criticise the festival board’s attempt to deflect criticism about its partnership with the Israeli state, saying that their claim to be “apolitical” was “shameful”.

While more than 100 artists and creatives have now withdrawn from the festival, including high profile acts such as Tom Ballard and Judith Lucy, Aboriginal artists and artists of colour have been at the forefront of the solidarity efforts with Palestine. In the past weeks, Barkaa and McQuire have been joined by Wiradjuri visual artist Karla Dickens and the Marrugeku Indigenous Dance Troupe. Speaking on the Project about why Aboriginal artists had chosen to withdraw, McQuire explained that it was because of the “connections we see as fellow Indigenous populations living in a settler colonial society”.

The recognition of such connections is not new. In 2019, Aboriginal historian and activist Gary Foley recounted the long history of Aboriginal-Palestinian solidarity in Australia in an interview for the Status podcast with Palestinian academic and activist Noura Erakat. Like McQuire, Foley noted the connections between the two Indigenous populations:

“What had happened to the Palestinian people, was pretty much exactly what happened to us”, he said. Foley and other Aboriginal members of the Black Power movement that emerged in the 1970s were able to identify with the Palestinian struggle because Aboriginal land had also been “invaded, occupied and stolen”.

“Our awareness of the Palestinians ... was yet another part of our understanding of colonialism and imperialism and how they affected not just us but affected many peoples around the world in similar situations to us”, Foley told Erakat. He went on to explain that by working together, Aboriginal and Palestinian activists had developed “some really strong bonds”, because solidarity “was about mutually assisting each other in raising awareness and consciousness about each of our struggles”.

While Aboriginal-Palestinian collaboration has continued since the 1970s, in the past year several initiatives involving both Aboriginal and Palestinian activists have once more shone a light on this solidarity. In October, Aboriginal and Torres Strait Islanders were among the almost 80 organisations and 440 individuals who signed a statement by the Australian Centre for International Justice, which denounced Israel’s latest attempt to criminalise six Palestinian human rights organisations.

In December, the Sunday Paper was also launched as “an alternative platform to centre Aboriginal, Torres Strait Islander and Palestinian voices”. The initiative seeks to foster further solidarity, while also highlighting the censorship regularly faced by Palestinians in the corporate media, including in so-called progressive media such as the Saturday Paper and the Monthly, run by Schwartz media.

Writing in the first edition of the Sunday Paper, McQuire once more reflected on the shared “connectedness” between the Palestinian and Aboriginal people, noting that it existed not simply in the violence faced by both groups but “in our shared resistance ... that is predicated on our right of return, to live, and to breathe freely on our traditional lands”. It is because “sovereignty is at the heart of both our protests”, McQuire explained, that “even when there seems to be no hope, we are still able to resist”.

Kim Bullimore is a Murri woman and long-time socialist from north Queensland. She co-organised the first Australian Boycott, Divestment and Sanctions Conference in support of Palestine in 2010.