Bloody Sunday in the Philippines

Clothing donated for a relief operation was instead used to wipe Emmanuel Asuncion’s blood off the floor of the Worker’s Assistance Center in the Calabarzon region of the Philippines on 7 March. Not too far away in Batangas, the 9-year-old son of Chai Lemita Evangelista and Ariel Evangelista hid under his bed after witnessing the state-sanctioned murder of his parents in their bamboo home.

The day is now known as “Bloody Sunday”. In total, nine human rights activists were killed and six others were arrested in simultaneous police and military operations. While the government’s attacks were an escalation of state repression, they were not exceptional—government assassination is common in the Philippines.

President Rodrigo Duterte’s main innovation since being elected in 2016, the thing that sets him somewhat apart from his predecessors, has been the increasingly overt deployment of state terror. His so-called drug war, according to conservative estimates in a June 2020 report from the United Nations High Commissioner, has claimed more than 8,000 lives. Other estimates put the number three times higher.

The killings are largely the result of the increased use of “tokhang nanlaban”-style raids. Tokhang is a portmanteau of two local words meaning “knock” and “plead”; nanlaban means “resist”. When the drug war was launched, the president emphasised the first word to allay fears of state violence. But, as an editorial in the Philippine Daily Inquirer noted in 2018: “tokhang has become a familiar word with a familiar, unmistakable meaning: it means ‘killed’”. One operation a year earlier in Bulacan, just north of the capital, Manilla, claimed 32 lives in one night. Now “tokhang nanlaban” raids are being used not only against suspected drug users and dealers, but against Indigenous people, unionists and activists.

According to Rappler, an online news site, Calabarzon police chief Brigadier General Felipe Natividad confirmed that the “Bloody Sunday” operations were part of a new “whole-of-nation” approach to ending the 52-year insurgency led by the Communist Party of the Philippines. Duterte last year established a task force ostensibly aimed at ending “local communist armed conflict”. But it has orchestrated an intensified campaign of counterinsurgency operations that do not distinguish between armed combatants of the New People’s Army—the Communist Party’s armed wing, which conducts guerrilla warfare in the countryside—and unarmed political activists.

The Philippine House of Representatives also passed an anti-terrorism law. Claiming to address “violent extremism and terrorism”, its imprecise definitions facilitated increased repression against both armed and unarmed groups that have legitimate and long-standing grievances against the Philippine state. In addition, there has been a rise in “red-tagging”—the blacklisting of individuals or organisations critical or not fully supportive of the president. They are “tagged” as either communist or terrorist, or both, regardless of their political beliefs or affiliations.

Each president since the end of the Marcos dictatorship in 1986—from Corazon Aquino through to her son Benigno “Noynoy” Aquino (Duterte’s predecessor)—had their own version of a counterinsurgency plan. Each presidential term also had its own notable headline human rights abuses.

As early as 1990, the Los Angeles Times noted that international human rights organisations had issued reports of “widespread ... abuses, including murder, torture and illegal arrest”. They criticised then-President Corazon Aquino’s government and the country’s armed forces. At the time, Amnesty International claimed:

“More than 200 real or suspected critics or opponents of government policies, including human rights activists, church workers, trade unionists and peasants, were killed in apparently extrajudicial executions by government or government-backed forces, and dozens reportedly ‘disappeared’.”

The content of the report could be recycled for each successive president. In another report, published by Human Rights Watch in 2011, President Gloria Macapagal Arroyo was criticised for similar reasons.

A culture of impunity is deeply entrenched in the Philippine state and reflects the deep class divisions in Filipino society. On one side, Duterte and the armed forces represent the interests of the ruling class to preserve existing inequalities and to preserve the integrity of the state to that end. On the side are the slain activists who represent the interest of oppressed Filipinos who campaign for rights to housing, higher wages and the conservation of the environment.

When ordinary Filipinos organise, even simply campaigning for higher wages, the state places a target on them. Their organising work and the state’s repressive response confirms the criticisms of Philippine society offered by the Communist Party and others on the left—the country’ problems cannot be solved without revolutionary means.

“Bloody Sunday” took place in the Calabarzon region, which has the highest concentration of manufacturing workers and has become the second-largest contributor to national GDP. Automotive assemblers are mostly located in Laguna province; semiconductors and high-tech industries and electronics are in Cavite and Batangas, and garment manufacturers are in Rizal. The issues that slain activists campaign around provide an indication of the economic and political situation in the region.

Chai Lemita Evangelista and Ariel Evangelista were fisherfolk and staffers for the citizens’ network against the destruction of nature and land. The group fights against mining and land-grabbing and works on issues pertaining to the rights of fishing communities.

Emmanuel Asuncion was a coordinator for Bayan, a campaign centre for several left-wing organisations. It hosts seminars, pickets, marches, demonstrations and people’s strikes. According to Bulatlat, an online news site, Asuncion was working at a Taiwanese company in Cavite Export Processing Zone as a machine operator in 1999. He and seventeen others were laid off and, while pursuing the case with the Workers’ Assistance Center’s help, he became a full-time activist. Since then, he has campaigned around many issues, such as for wage rises, and was involved in resolving land disputes. Furthermore, as a coordinator, Asuncion oversaw information gathering about human rights violations in Cavite province.

Mark Lee Bacasno, siblings Abner and Edward Esto, and Michael Dasigao were members of a local organisation that advocates for housing rights in Kasiglahan Village, Rodriguez, Rizal. According to Rappler, Bacasno and the siblings were homeless until at least 200 people occupied empty housing units in Rizal in 2017. They continuously fought for their housing since. Dasigao, as the head of the organisation, took care of local farmers’ concerns about quarrying sites. He also assisted residents in the aftermath of Typhoon Ulysses last year and helped student organisations distribute relief packages for farmers and scavengers in Rodriguez, Rizal last month.

Puroy dela Cruz and Randy “Pulong” dela Cruz were members of the Dumagat tribe—a major and semi-nomadic indigenous group in Calabarzon numbering 30,000 people—and activists with Dumagat Sierra Madre. They advocated for the rights of Indigenous peoples and fought against the controversial Kaliwa Dam project reintroduced by the Duterte government under his “Build, Build, Build” program. The tribe successfully fought against a larger dam twelve years ago.

These short profiles of the “Bloody Sunday” victims confirm that the Philippine state does not distinguish between armed combatants and non-violent activists. It would rather commit a massacre than take steps to ameliorate the conditions of poverty, landlessness and national oppression that allow guerrilla war to persist.

The National Union of People’s Lawyers has called for a review of the issuance of the search warrants (more aptly described by some as “death warrants”) that resulted in the killings. While supportable, it does not acknowledge how unjust the legal system is.

The state kills civilian dissidents with or without warrants. A lack of warrants did not stop the deaths of thousands in the drug war—it was sufficient to call them “drug pushers” and members of the urban poor. Having dubious search warrants did not stop the murder of Emmanuel Asuncion, whose search warrant was meant for his home in another town as reported by Lian Buan of Rappler.

A search warrant, legitimate or otherwise, in the Philippine context is a pass for murder. National police chief General Debold Sinas claims the operations that resulted in the nine deaths were covered by search warrants and were, therefore, legitimate. With Duterte’s term ending in 2022, repeats of Bloody Sunday can be expected. More organisation on the part of oppressed people is needed and for more to see the fight against human rights abuses as not just the fights of activists and their families.

The New People’s Army, in response to the Tumandok Massacre, which claimed the lives of nine Indigenous leaders in similar simultaneous raids in December, has announced the formation of partisan units. Others on the Left, such as the Party of the Labouring Masses, also condemned the killings and is calling for “non-stop protest—on the streets, on social media, in Congress, in the Supreme Court, and by any means [that] we can express condemnation of arrests and killings”.

In 1988, Myanmar looked to the People Power Revolution of the Philippines that had ended the Marcos dictatorship two years earlier. In 2021, the Philippines can look to Myanmar’s Spring Revolution, particularly the leading role of the working class in the mass movement against the military junta. 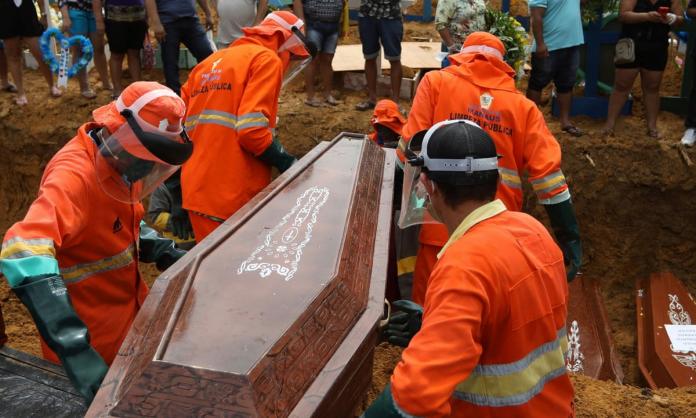 Palestinian lives matter, but not to apartheid Israel 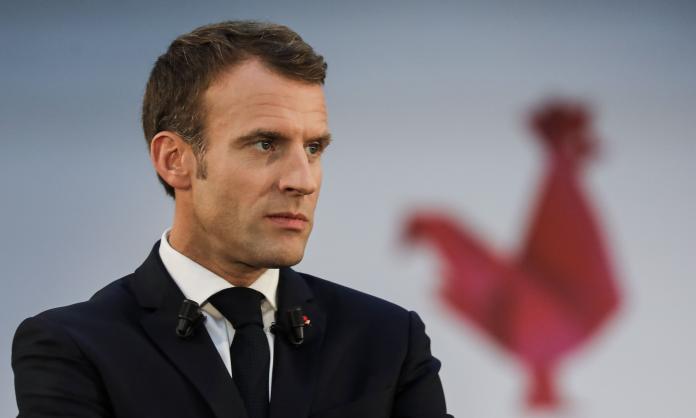 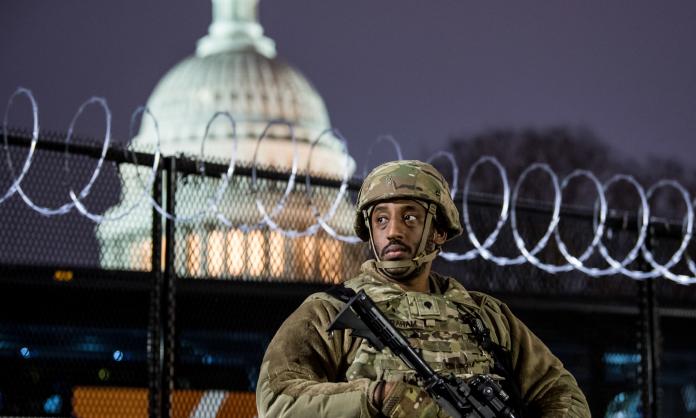 The left has to resist the new liberal authoritarianism 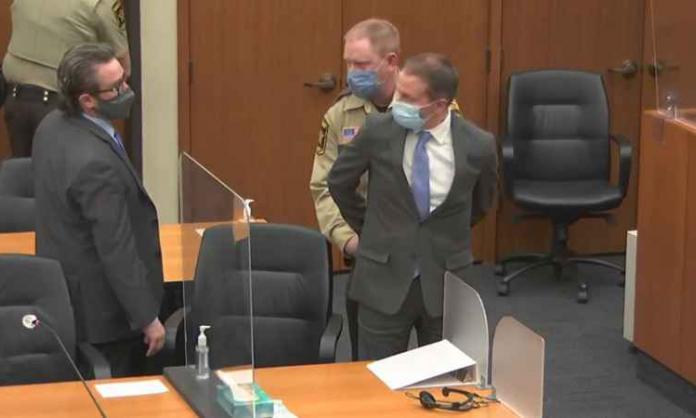