Things Labor should do, but won't

The ALP is looking down the barrel of electoral annihilation. Labor politicians have been running around like headless chooks. Caucus discipline is shot to blazes.

The symptoms of collapse are everywhere, but the diagnoses for Labor’s ills are as shallow as they are plentiful. Most common is the idea that Labor has “failed to communicate” its successes. Supporters of this idea point to low interest rates and an economy seemingly the envy of the world. But this overlooks the fact that many low income Labor supporters are still doing it very tough and have been hard hit by the government’s policies – the refusal to boost the job seeker allowance from its scandalously low level being perhaps the worst example.

Others blame Rudd for Labor’s woes and tell him to shut his trap. Former leader Mark Latham has described him as “a once in a century egomaniac”. But ego has never been a barrier to electoral success before, as Hawke demonstrated. Latham also pointed to the “loose federation of back-stabbing factional warlords” who dominate the party. But these factional warlords have been a feature of the party for decades, through its successes as well as its failures. And anyway, the problem with the factions is not their existence but the total capitulation of the left to the dominant right-wing agenda, best represented by Gillard herself.

To the extent that there is any Labor criticism of the government’s policies, it has come from the right, with serial offender Laurie Ferguson urging Gillard to chase Abbott even further into the gutter on asylum seekers. His brother, former minister representing Gina Rinehart, Martin Ferguson, argues that Gillard should drop the “class war rhetoric”. As if! In the absence of any sense coming from within the ALP itself, here are some things that Labor should do, but won’t, to pick itself up off the floor. These wouldn’t win the ALP the election, but they would be a step towards rebuilding the party and give its supporters something to rally around.

First, Labor should, but won’t, abandon its nearly 40-year infatuation with neoliberalism. It should introduce a serious super profits tax on the mining companies, raise the tax rates on those at the top end back to where they were under Malcolm Fraser and end the concessions on capital gains.

Labor should, but won’t, lift restrictions on union rights to strike, scrap the bosses’ ability to lock out workers at will and peg the minimum wage to a decent share of average earnings.

Labor should, but won’t, commit serious funds to rebuilding public schools and end all funding of rich private schools. The party should scrap NAPLAN, “devolution” and the MySchool website on the grounds that they are no more than big sticks to beat teachers.

Labor should, but won’t, eliminate the promised spending boost to the military that will waste billions more on the latest generation of warplanes and ships.

Having listed all these things, the obvious question is raised: why won’t Labor do them? They are not radically left-wing measures, nor are most, on the face of it, an obvious electoral liability. Poll after poll has demonstrated that the basic precepts of neoliberalism – coddle the rich and soak the poor, introduce user pays into public services – are unpopular.

Boosting state pensions, forcing the mining companies and banks to pay more tax, getting public education to a standard befitting a rich country like Australia, diverting money from the military to do so and supporting same-sex marriage rights would all boost Labor’s polling.

Further, and most importantly for the long-term future of the party, they would galvanise the party’s core supporters and give them something to fight for. In fact, it’s this last thing that is so obviously missing today. The crisis of the ALP is measured not just by its appalling polling but also by its internal disintegration and degeneration – its loss of membership, the collapse of its branch structures, the absence of any breath of progressive debate within its ranks. And that’s why Labor should, but also won’t, walk away from its Howard-era policies on asylum seekers and so-called “terrorism”. Shifting on these issues would require a political battle and would not be immediately popular in the way that same-sex marriage rights would. Labor can never rebuild the morale of its members if it continues to pursue policies that are anathema to so many of them.

But neither Gillard nor Rudd nor any conceivable Labor leader will entertain any of this between now and September and, with the possible exception of same-sex marriage, nor will they in opposition. This is because they are totally wedded to the capitalist system and the demands from the top end of town. The refusal to curb the tax rorts of those with enormous superannuation balances is just one case in point. And we only have to remember Gillard’s immediate surrender to the mining companies when she won the leadership in 2010 to see evidence of Labor’s flat refusal to take on big business and stand up for workers’ interests.

Labor will likely be smashed come September. That shouldn’t be the cause for hand-wringing and pessimism, but a spur to those who want to build a party that will take the fight to the bosses and give workers an organisation they can be proud to join and support. 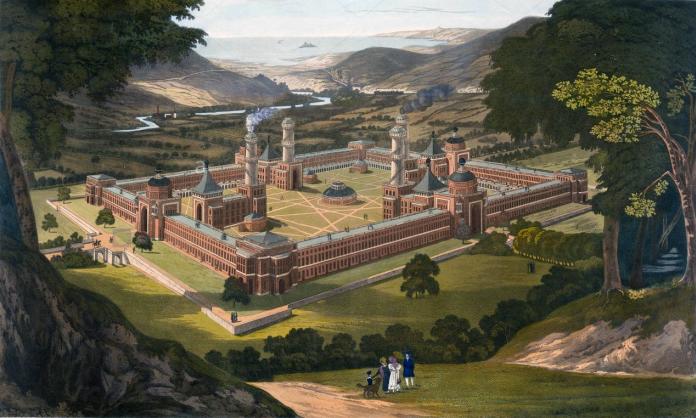