The bigots are back with a third draft of the religious discrimination bill. Since the marriage equality campaign’s 2017 triumph, the right’s leading voices have been calling for laws to be broadened so that they can attack LGBTI people in the name of religious freedom.

Attorney-General Michaelia Cash announced last month that she would move the bill in federal parliament by December. Former Attorney-General Christian Porter, prior to stepping down in disgrace over rape allegations, twice attempted to pass the bill, before the government was forced to shelve it to manage the outbreak of COVID-19.

Supporters of the Cash rewrite include Nationals leader Barnaby Joyce, Catholic, Anglican and Jewish religious leaders, and lobby groups such as the Australian Christian Lobby and Freedom for Faith. They argue that progressives want to “cancel” Christians, pointing to the case of rugby union player Israel Folau, whose contract with Rugby Australia was terminated after he said publicly that gay people will go to hell.

Despite these bigots claiming otherwise, most Australians do not support changes to religious freedom laws. A 2019 Essential poll found that only 38 percent of people thought religious discrimination laws should be strengthened. In a 2018 survey for LGBTI lobby group Just Equal, 82 percent of people opposed the existing right of religious schools to discriminate against staff or students on the basis of their sexual orientation.

So what are the proposed changes? Cash’s revised draft differs from previous submissions, according to a report in Crikey.com.au, which drew on Liberal Party sources. The Guardian reported in 2019 that the previous draft would have allowed health practitioners to refuse to provide contraception; allowed employers to hire on the basis of faith and set codes of conduct requiring employees to act in accordance with those beliefs; allowed religious schools to expel, suspend or punish students who express different or a loss of religious beliefs; allowed a childcare worker to tell a single mother that she is sinful for denying her child a father; and allowed a doctor to lecture a transgender patient that gender is binary because God made men and women.

But many religious leaders rejected the last draft because it did not go far enough. They have pushed for broader powers that can override state legislation. The Presbyterian Church of Australia, for instance, wants to overrule Victoria’s recent ban on conversion therapy.

“The Victorian law criminalises Christianity, it affects prayer or counselling. The federal Act would need to override the states”, the church’s moderator-general Peter Barnes was reported as saying in the Australian. “The [previous] draft legislation was useless, but the Victorian situation has really shown its weakness.”

A number of civil rights organisations have slammed the proposed changes, including Equality Australia, the Australian Human Rights Commission and the Law Council of Australia. Trade unions such as the New South Wales Teachers Federation attacked the 2020 draft, saying it would undermine women’s rights and entrench discrimination in the education system:

“The current bill takes away the rights of students and staff who are presently protected under anti-discrimination laws. Religious schools and other educational institutions will maintain special exemptions allowing them to discriminate. Students could be expelled due to their sexuality and staff in same-sex marriages can be sacked, while these schools continue to receive public funding.”

Among the Liberal Party’s hard-right membership, however, the bill is wildly popular. With an election looming, party leaders are throwing a bone to their base. “The interest at stake is not free speech but recruitment of energised campaign workers for 2022”, Malcolm Knox wrote in a 3 July opinion piece for the Sydney Morning Herald. But its broader unpopularity requires Cash, rather than the prime minister, to be the face of the bill. If all goes sour, Cash can take the blame, while Morrison gets away untarnished.

Labor is playing dumb on the new rewrite. This is hardly surprising. The ALP provided barely any resistance to previous drafts, aside from feeble statements about negotiating with the government on amendments. We can expect the same or worse this time around. An internal party review blamed its 2019 electoral defeat on the supposed conservatism of working-class communities, including religious and multicultural ones. This has provided Labor with an excuse to mimic the Liberals’ pro-business and anti-progressive agenda. Labor could well support the bill if there is no public pressure—like when it supported the ban on same-sex marriage until it became clear that the campaign was a winner.

The “religious freedom” bill is a massive threat to LGBTI people, women and workers’ rights. With little hope of opposition from the Labor Party, the rest of us must campaign against the bill. Actions planned in Sydney and Brisbane for 14 August are a crucial opportunity to do this. We won marriage equality; we can win this campaign too. 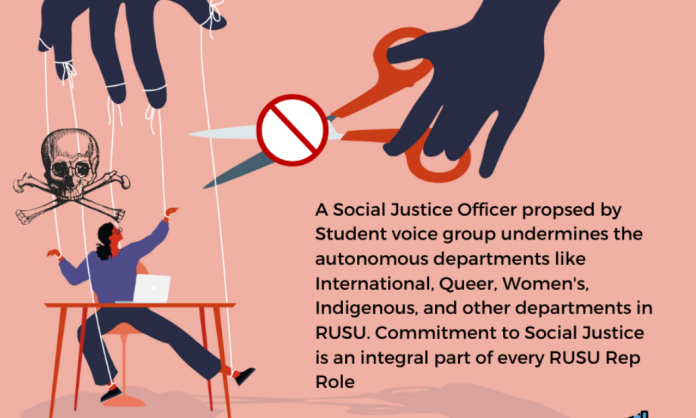