Who is Joe Biden, really?

For nearly half a century, first as a Delaware senator, then as vice president, Joe Biden’s political career has been dedicated to creating the conditions that have contributed to the enormous health, economic, racial and climate crises afflicting the United States. The idea that this man is going to do anything seriously to address the problems of race in America when he is president is absurd. He was one of the key architects of the modern structures of racial injustice, police brutality and discrimination.

When the racist backlash against breaking school segregation began in the mid-1970s, Biden first tried to avoid taking a stance before embracing the segregationist side. As the Wilmington Morning News put it at the time, Biden “embraced his new faith with an almost messianic zeal”. He wrote the 1977 Eagleton-Biden amendment, which banned the Department of Health, Education and Welfare from promoting racially integrated schools. In later years Biden tried to present himself as a consistent supporter of civil rights, going so far as to lie about participating in sit-ins at lunch counters. But his opposition to desegregation wasn’t a fluke. He carried his support for institutionalised racism into his anti-drug and anti-crime crusades of the 1970s, 1980s and 1990s. In 1977, while serving on the Senate judiciary committee, Biden pushed for mandatory minimum sentences with no possibility of early release. In 1981 Biden teamed up with segregationist South Carolina Senator Strom Thurmond to push for a bill to end parole and introduce preventive detention for the first time outside of war. While this bill failed, it paved the way for the successful Comprehensive Crime Control Act of 1984, which is the basis for the system of mass incarceration that plagues the poor of America today.

Biden’s contribution goes well beyond the question of racism. He was one of the earliest Democratic converts to balanced budgets, fiscal conservatism and neoliberal economics. In 1977, he proposed a stringent bill that would require all federal programs to be reauthorised every four years or be abolished. On the Senate budget committee, he fought for across-the-board cuts to federal agencies and for tax and spending cuts, and vigorously opposed the idea of a national health service. Throughout the Reagan years, Biden played a key role in garnering Democratic support for the Republicans’ tax cuts for the rich. He was also an instrumental part of the rise of the New Democrats, who wanted to push the party even further to the right. This involved chasing conservative voters in the southern states and distancing the Democrats from the unions. As Biden told one union audience, union members shouldn’t defend benefits that “you’re not entitled to anymore and you’re lucky if you get that much”.

During Black Democrat Jesse Jackson’s 1984 nomination campaign, Biden was the leading figure denouncing Jackson for scaring away white middle-class voters with his talk of combating racism and supporting LGBTI rights. During the Clinton years, Biden was noted for being lukewarm on plans to moderately reform health care, and for campaigning to cut 250,000 government jobs and make a federal balanced budget a constitutional requirement. He was also a strong advocate for the financial deregulation that laid the basis for the 2008 crash.

Much has been said about Biden’s supposedly bold economic agenda to help US workers through the economic fallout from the pandemic. However, as the Financial Times editorial board argues, Biden’s plan is about preserving capitalism, not undermining it: “Since John Maynard Keynes, the best case for state intervention has not been to abolish the market, but to preserve public support for it. An unchecked capitalism would not survive the electorate’s judgement. Sure enough, there have been times since the 2008 crash when popular resentment of inequality, especially among the young, has threatened to spill over into demands for total systemic change. If implemented, Bidenomics would make life more burdensome for business and for high earners. But it might also avert a larger reckoning further down the line.”

And how burdensome will it actually be for America’s elite? Biden’s plan is overwhelmingly about trying to use government spending to promote capitalist investment, not about redistributing wealth to the poor. It is the same strategy being pursued by capitalist governments across the world and promoted by the International Monetary Fund and the World Bank. In many ways, it is a continuation of Biden’s role during Barack Obama’s first term, when he helped bail out the banking system following the 2008 global financial crisis. So in the midst of the biggest economic crisis since the Great Depression, coming on top of years of escalating inequality, Biden offers the same old status quo repackaged.

Biden has received much praise for talking about the issue of climate change. Talk is cheap. When Biden was criticised by Trump for appearing to call for an end to the destructive fracking industry, Kamala Harris stepped in to clarify the situation: “Let’s be really clear about this: Joe Biden is not going to ban fracking”. In August, the Democratic National Committee quietly dropped references to ending all subsidies to the fossil fuel industry from the platform it took to the party convention. When asked to clarify his position, Biden explained: “We’re not getting rid of fossil fuels. We’re getting rid of the subsidies of fossil fuels, but we’re not getting rid of fossil fuels for a long time”. But the world doesn’t have a long time if climate catastrophe is to be averted.

On the coronavirus pandemic, Biden might not tell his supporters to try injecting bleach, but little attention has been paid to the fact that he has no serious alternative plan to Trump’s lunacy. Repeatedly, Biden affirms that he will “shut down the virus, not the country”. Yet shutting the country—closing down schools and non-essential workplaces—has been one of the key ways some governments around the world have been able to contain the virus. In Europe, governments controlled by mainstream right-wing parties have been forced to reckon with this reality. Biden’s position is to the right of European conservatism. He talks about removing barriers to working-class people getting health care during the pandemic, yet he built his own primary nomination campaign on rejecting the policy of Medicare for all. This is what Biden is proposing as the United States faces a dark and brutal winter in which the pandemic is set to kill tens or perhaps hundreds of thousands more.

Biden’s presidency will not restore “normality” or condemn the far right, white supremacists and racist policing to the fringes of society. Quite the contrary, Biden’s political method throughout his career has been to adopt the policies of the right in order to reach “consensus” and to continue to reinforce all the institutions and structural causes of oppression. Biden repeats the mantra that there “aren’t red and blue states, just the United States”. But there is no “united” United States. There is a nation deeply scarred by poverty, exploitation and institutionalised racism, and divided by cynical corporate and political elites. Its contradictions are kept from blowing apart by the most powerful state apparatus in world history. When Biden enters the White House in January, this is the country he will rule over. And it’s very much his America. 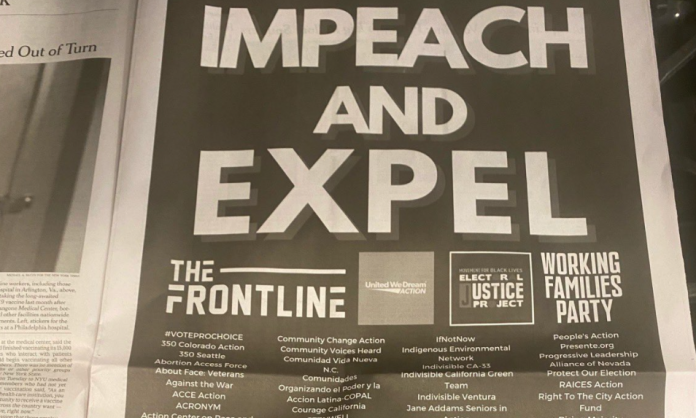 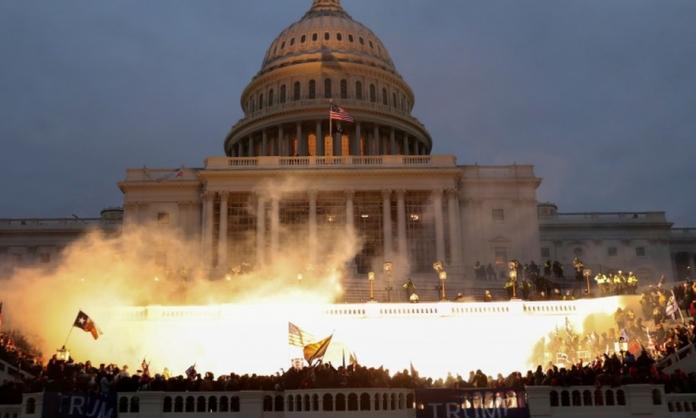 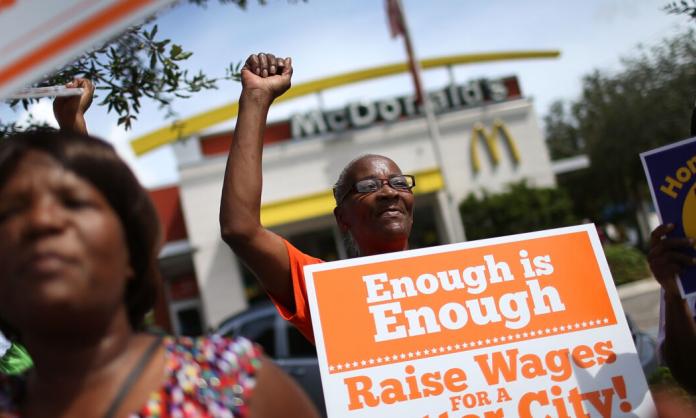 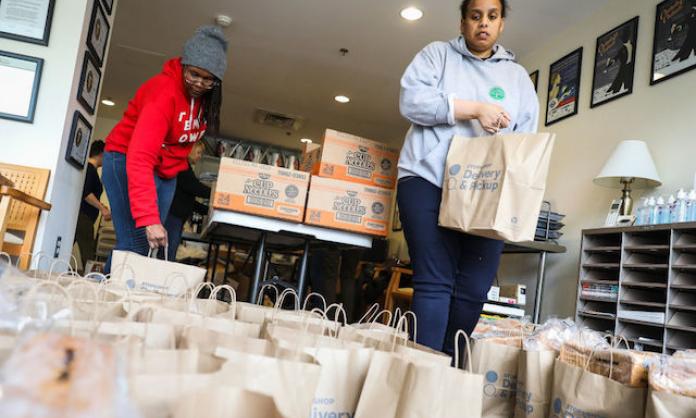