What’s behind the carry-on about Long Tan?

When considering the fuss made about Vietnamese restrictions on Australian plans to commemorate the 50th anniversary of the battle of Long Tan, we should think of a story that did not appear in Australian newspapers on 20 February 1992:

“DARWIN – On the 50th anniversary of the bombing of Darwin, 1,500 Japanese veterans of that and other World War II battles yesterday paid their respects here to the dead of both sides in a ceremony at the memorial shrine to Japanese soldiers who lost their lives in the war.

“The veterans, many in uniform and wearing medals or symbolic samurai swords, heard speeches in Japanese praising the fallen warriors, followed by a gala dinner and a concert of traditional instruments and karaoke.”

The fact that such an event never occurred indicates that Japanese governments of the early 1990s possessed considerably more sense and sensibility than does the Australian government today.

Malcolm Turnbull tried to blame the Vietnamese government for requiring the scaling down of plans for the Long Tan anniversary that were beginning to resemble a Hollywood production: more than 3,000 Australians (veterans and their family members), a concert, a gala dinner and who knows how many TV crews. This was for an occasion that the Vietnamese government had been told would be “low key”.

No more than a tiny fraction of those 3,000 Australians could have had a personal or familial connection with the battle of Long Tan. D Company, the unit involved in the battle, consisted of 108 people. Eighteen of them were killed. Of the surviving 90, the number still alive and well enough to travel to Vietnam 50 years later cannot possibly account for 3,000 family members arriving to commemorate the battle.

So, obviously, the great majority of the 1,000-1,500 (press accounts are not precise) Australian veterans arriving for the Long Tan event were not involved in that battle, but in other parts of the Australian government’s participation in the US war against Vietnam.

If those non-Long Tan veterans want to recall their experiences, or honour the mates they lost, they could easily go to the relevant location, on the relevant anniversary. Why go to a different location on the anniversary of a battle they weren’t involved in?

To do this, the propagandists seize on one or a few events and build a myth around them, attempting to make them emblematic of the whole war so that we will forget what it was really about. Thus “Simpson and his donkey” and similar tales about Gallipoli have been used for a century to distract attention from the reality of how Australian working people’s lives were sacrificed for the benefit of Australian capitalism.

In Vietnam, Long Tan was chosen for this role because it was the largest loss of Australians in a single battle. The Vietnamese losses were more than 10 times as great (all of them reported as military losses, which would make the battle unique in the history of major warfare, though not in the history of reporting).

No Australian government has ever announced a total for the number of Vietnamese “enemies” killed by Australian forces, let alone for the total of those killed as “collateral damage”. Obviously, those numbers are lower than those attributable to the US government, and there are no accusations of Australian war crimes on the scale of the US My Lai massacre.

But the Australian government sent troops for the purpose of supporting what the US was doing, and it therefore bears a joint responsibility for all the crimes of the US war: the attempts to “bomb them back to the Stone Age”, somewhere between 1 million and 4 million military and civilian deaths, the forcible transfer of large populations, the chemical warfare that is still today killing or deforming both people and the Vietnamese environment.

There is no shrine in Australia to Japanese soldiers. But in Vietnam there is one to Australian soldiers – created by the Australian military in 1969, while Australia was still involved in the war.

Is it really surprising that the Vietnamese objected to the use of that shrine to promote Australian militarism? 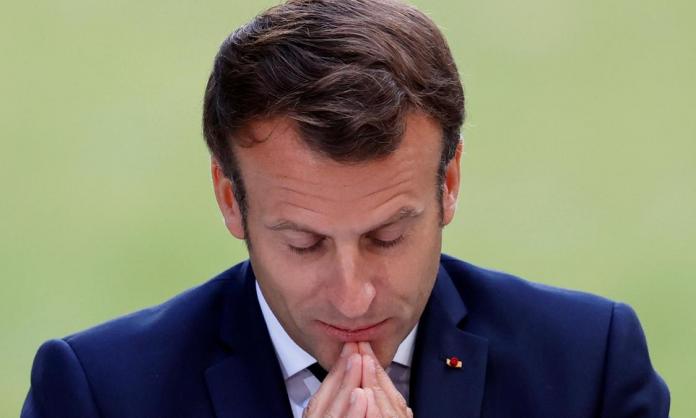