We’re flowers for humanity, not potpourri for the dead 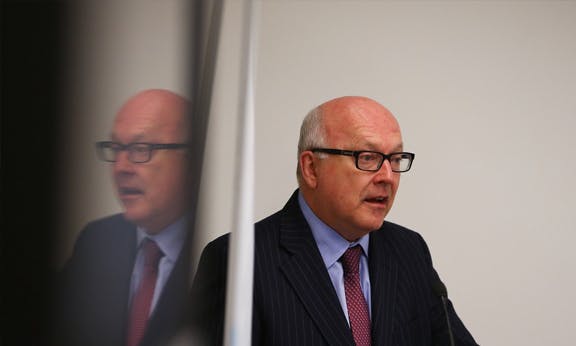 Last week I had the displeasure of talking with the attorney-general George Brandis during a video conference convened with LGBTI organisations around the country. At least I can report that he did not get what he bargained for.

The Liberal government has dragged this issue out for years beyond its expiry date, vilified us as paedophiles and groomers over the Safe Schools program and is now insisting on a free pass for the bigots desperate to run a campaign promoting inequality. Yet we are expected to be grateful for any opportunity the Liberal Party gives us to have “dialogue”. What bullshit. As I said to Brandis:

“I will not thank you for giving up a measly hour of your time; you should have consulted us 12 years ago before you ever passed the homophobic Marriage Amendment Act that has put us in this position today. We’ve been through six prime ministers since then – primary schoolchildren would be able to pass this reform. The troglodytes in parliament being unable to pass a simple reform based on the fact that you made a promise that you wouldn’t is an absolute embarrassment to yourself.”

There are too many who like to “tone police” our community in the media and tell us that we owe these people “respectful” discussion. Well, as one activist put it to me afterwards, “There is a time for politeness and there is a time to tell the truth”.

As we know, a lot of people hoped for better with the supposedly liberal Malcolm Turnbull as prime minister. That hope is well and truly dead. Now is the time for anger. Did Brandis not think we would be even angrier when he used the meeting to call us all “fools” for thinking history is on our side?

Let’s ignore those who advise us to doff our caps and crawl to them as we ask them to please stop flogging us. As another person commented, “We’re flowers for humanity, not potpourri for the dead”.