How the Liberals fell in love with ‘sophisticated’ One Nation

The Liberals are going all out to court One Nation.

In a desperate attempt to save the deeply unpopular Barnett government, the Western Australian branch has struck a preference deal with Pauline Hanson’s far right racist party for the 11 March state election. One Nation, which is currently polling 13 percent, will be placed ahead of the Liberals’ coalition partner, the Nationals.

A preference deal is also likely for next year’s Queensland election. One Nation support there has jumped from 16 to 23 percent in three months. Liberal state president Michael Kroger is pushing for a similar deal in Victoria. All of this is paving the way for a deal at the national level.

Malcolm Turnbull refused to condemn the preference deal in WA. He said preferences in state elections were a matter for state parties. “They have got to make their judgment based on their assessment of their electoral priorities.”

Turnbull, who last year said Hanson was not a welcome presence in parliament, is now striking deal after deal with her to get a raft of reactionary measures through the Senate.

The argument that One Nation has somehow changed its spots and evolved into a respectable mainstream party is utterly spurious. One Nation is just as appallingly racist as it was 20 years ago, when it declared that Asians were “swamping” Australia. If anything its broader policies are even more reactionary than when Hanson was first elected.

Hanson made it clear in her inaugural Senate speech that she does not resile in the least from any of her previous policies. She is still anti-Asian and anti-Aborigine. The only difference is that Asians and Indigenous people are no longer the main targets for her abuse. Muslims are.

Hanson has backed Donald Trump’s ban on Muslim immigration, denounces halal certification and has called for a royal commission to determine whether Islam is actually a religion.

One Nation has embraced every reactionary cause imaginable. It backs the slashing of welfare payments and the dole but calls for millionaires to be taxed at the rate of only 2 percent of their income and for tax cuts for companies turning over up to $50 million.

One Nation calls for harsh law and order measures and denounces climate change as a giant hoax. NSW One Nation senator Brian Burston, in his maiden speech, called for the ABC to be replaced by the “Patriotic Broadcasting Commission”.

Hanson lashed out at single mothers and attacked the Family Court as being anti-men. Her fellow Queensland One Nation senator Malcolm Roberts was a featured speaker at an anti-abortion demonstration in Brisbane on 11 February, at which he denounced same sex marriage and declared that abortion “is part of the anti-life agenda” of the United Nations.

One Nation has consistently voted for the government’s reactionary measures in the Senate, including cuts to health, welfare and education spending and the anti-worker ABCC legislation. As Hanson told Channel Seven’s Sunrise: “The Libs have actually worked with me in the Senate … They know they can actually work with me”.

Hanson has no time for democracy and is a great fan of both Donald Trump and Vladimir Putin. “I’ve got no problems with Vladimir”, she declared. “I think the whole fact is – and I’m hearing from other people – Vladimir Putin and Donald Trump are strong leaders. You may not agree with what they do, but they are prepared to make a decision and they have the country’s best interests at heart.”

Unsurprisingly, Hanson runs the One Nation party like a Stalinist dictatorship. After some One Nation WA candidates complained about the preference deal with the Liberals, she declared: “They’ve joined Pauline Hanson’s One Nation and I’ve said right from the very beginning, I will run this party, meaning right from the top … who stands, policies, preferences”.

It is not Hanson that has “evolved”. It is mainstream politics that have become more and more racist and reactionary over the last 20 years.

Decade after decade of neoliberal attacks on working class living standards and union rights, of refugee bashing, warmongering and relentless Islamophobia championed by both the Liberals and Labor have helped legitimise Hanson’s vile ideas. It is part of a worldwide pattern reflected in the growth of the far right in Europe and Donald Trump’s election in the US.

If we are going to turn the tide we are going to need large scale resistance – as we are beginning to see in the US with the mass protests against Trump. The likes of Hanson are not going to be stopped by relying on the mainstream parties in parliament. They are very much part of the problem. 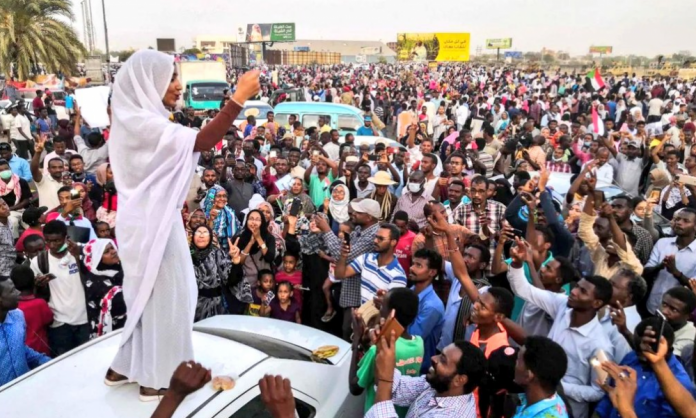