Political correctness and the rise of the right: an interview with Jeff Sparrow

In his most recent book, Trigger Warnings: Political correctness and the rise of the right, Melbourne writer Jeff Sparrow takes on the cause célèbre of the right: political correctness. Analysing the historical and political context of the so-called culture wars, Sparrow argues that progressives need to engage in mass “direct politics” if there is any hope of defeating the resurgence of the right. He was interviewed for Red Flag by Roz Ward.

Trump, Brexit, One Nation: can you comment on the context of the book and why you decided something like this needed to be written?

The honest answer is that I was asked to write something reflecting on Trump by my then editor at Scribe. In the immediate wake of the 2016 presidential election, many people were dumbfounded by the news out of the US. How could such an odious figure – such a transparent bigot and fraud – win power?

That question was posed particularly in Australia, where many liberals and even leftists viewed Hillary Clinton through something of a rose-coloured lens, in a way that rendered Trump’s victory even less comprehensible. Furthermore, at that time, the issues posed by Trumpism (the intersection of class, race and gender; anti-elitism and populism; free speech and censorship; the emergence of an “alt right” etc.), were arising in a number of other contexts, from the Brexit referendum in Britain to the return of Pauline Hanson in Australia.

The ongoing campaign against “political correctness” provided a useful organising principle for the book – a way of discussing the culture wars and identity politics in the context of historical developments since the 1960s.

The book is in part a critique of “the left”. What is your understanding of what constitutes the left today?

That is actually a quite difficult question, and something with which I struggled during the writing of the book. The project is intended in part as an engagement with identity politics. Now, the US socialist Sherry Wolf describes identity politics as an “orphan” – a doctrine that very few people these days want to claim publicly.

But she also says (rightly, I think) that it remains the underlying theoretical basis of many ideas embraced as common sense by people who identify with the left. So when you’re critiquing identity politics, you’re engaging with arguments made by people such as Hillary Clinton and Julia Gillard. Obviously, though, you’re not going to convince ruling class figures like that. The book is intended for people who genuinely want to change the world. In a different sense, that’s really what I mean by the left.

Can you say a bit more about what you mean by “smug politics” and why this has become a target for the right?

You can’t understand the terrain of the culture wars without looking at the evolution of the left since the 1960s. In the book, I divide that history into three sections. The modern social movements (the great struggles against sexism, racism, homophobia) emerged from the upsurge of militancy associated with the great revolt of the 1960s (really the 1970s in Australia). By way of shorthand, I describe that as “direct politics” – a model of social change predicated on grassroots activism and participatory democracy intended to achieve profound structural change of some kind or another.

By the end of the 1970s, that tended to give way to what I call “delegated politics”, where upwardly mobile intellectuals or bureaucrats looked toward various institutions as a mechanism for top-down change. Delegated politics often involved token or symbolic action taken on behalf of a constituency expected to remain passive. To put it another way, in direct politics, the people acted on their own behalf, whereas in delegated politics, representatives acted for the people.

The moment I call “smug politics” emerged most clearly in the 2000s when many progressive activists became convinced that, rather than offering a solution, the people were themselves the problem. The masses were, according to this perspective, so innately backward and conservative that the task of left-wingers was, first and foremost, to keep them from infecting progressive spaces with their cloddish, reactionary ways.

Think of Michael Moore’s best-selling book Stupid White Men, or the film Idiocracy, or the comedic style associated with the Daily Show: in each instance, it’s taken for granted that liberals and leftists are a small circle of enlightened people surrounded by an incorrigibly and irredeemably right wing and moronic working class.

You can see how this arose – it was a consolatory fantasy for progressives during the Bush years, a way of explaining how, despite the correct critiques being made of the Iraq invasion, the anti-war movement struggled to grow. If ordinary workers didn't come to our protests, it was – the assumption went – because they themselves were the problem. But you can also see its disastrous consequences.

Since the 1960s, conservative intellectuals have tried to counter the class politics of the left by offering an alternative explanation, one that presented everyday workers as socially and sexually conservative, patriotic, hard working and loyal and thus innately opposed to the so-called “left wing elites”, who were in turn painted as cosmopolitan, over-educated, sophisticated and out of touch. If you know anything about history, the schema bears no relationship to the phenomenon it tries to explain, since again and again it’s been poor and working class people who have championed rebellions against traditional values.

Yet it takes on a superficial plausibility precisely because some people on the left embrace, through smug politics, the caricatured attitudes ascribed to them by the right. When, for instance, Michael Moore argued that George Bush won power because most ordinary Americans were stupid, he provided a perfect validation of the right’s core ideas.

It’s not only possible – it’s necessary.

There’s nothing wrong with talking about identity. Every rebellion, every great struggle, involves the oppressed shaking off certain ways of seeing themselves and embracing new ones. In the book, I give the example of the Stonewall rebellion of 1969, the iconic riots that played such an important role in gay liberation.

Prior to Stonewall, leading activists fighting against homophobia took pains to paint themselves as respectable. But after the patrons at a New York nightclub fought back against brutal police, a new identity emerged – a proud, militant one, self-consciously linked to other struggles for liberation. Fairly obviously, men and women who were able to embrace a new, unashamed and rebellious identity were far more confident to struggle than those who couldn’t.

But that example also illustrates one of the problems with what’s today known as “identity politics”. Very often, progressives present politics as emerging from identity. But it’s actually more accurate and useful to think about identities as emerging from politics. Does everyone from the same ethnic or religious background share the same ideas about politics? Of course they don’t! Has gender or sexuality been understood in the same way across history? Of course not! If you pose the questions like that, you can understand identity as fluid – and you can also recognise its complex relationship with class.

The direct politics of the 1960s mattered because it showed the importance of mass action for changing even the most intimate aspects of our personal lives. At the end of the day, it was the successes of the social movements in reshaping society that enabled ordinary folk to live their lives in new and different ways. People changed themselves as they changed the world, just as they always have. And that brings us back to class.

Class explains how any society produces all the necessities (food, housing, transport etc.) that humans rely upon. But it’s not just fundamental for thinking about how society works; it also provides a basis for transforming the world, simply because the working class possesses such tremendous social power. That’s why class matters so much to any politics of freedom.

After the election results in Victoria and Wentworth, do you think the right will continue to prosecute the “culture wars” from their side?

As I argue in the book, from the 1960s on – and particularly after the collapse of the Soviet Union – the right has attempted to replace the traditional understanding of class with rhetoric about (right wing) battlers opposing (left wing) elites. Fairly obviously, the more they could induce sections of the working class to identity with right wing ideas about religion or sexuality or race or whatever, the easier they’ve found it to quell industrial resistance. The increasing gulf between progressive activists and organised workers has made culture war more effective, so that the process has become something of a virtuous circle for the right.

Will it continue? Yes, it will. It will continue up to the point where we develop an effective resistance. That doesn’t mean abandoning struggles against sexism or racism or homophobia so as to appeal to a “white working class” (as some people on the left mistakenly argue).

On the contrary, it means showing, both by ideas and by action, that the working class is multiracial and multi-gendered and multi-ethnic. It means linking the struggle against oppression with the real circumstances facing ordinary people. It means demonstrating the possibilities of solidarity and the necessity of social change. We’re often told that political correctness has gone too far. I argue that, in a sense, it hasn’t gone far enough, that instead of the tokenistic gestures of delegated politics or the condescension of smug politics, the left needs to rebuild through a direct politics in which ordinary people fight together on their own behalf to change the world that oppresses them.

Jeff Sparrow writes a fortnightly column for the Guardian and contributes regularly to many other publications, as well as being a member of the 3RRR Breakfasters radio team. Jeff is the immediate past editor of the Overland, and the author of several books, including Communism: a love story and Killing: misadventures in violence. Are you a Trotskyist? 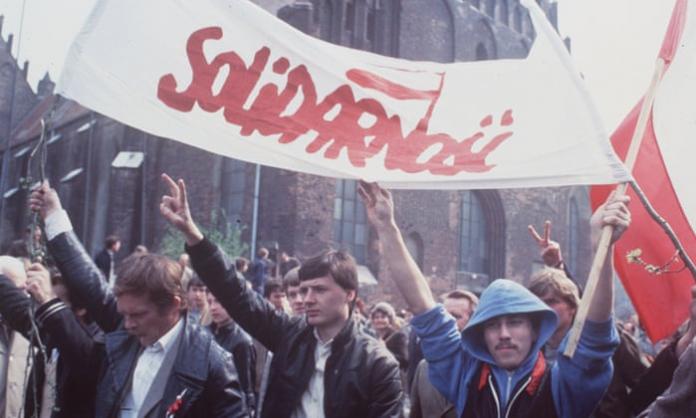 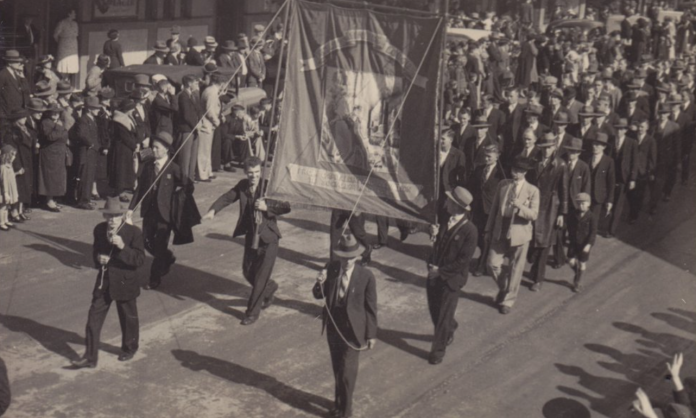 How equal pay was won in the insurance industry

There are plenty of Palestinian Gandhis. Israel keeps killing them 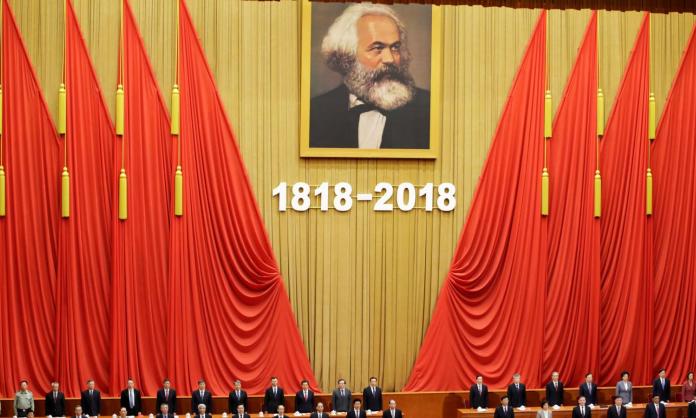 What should socialists say about China? 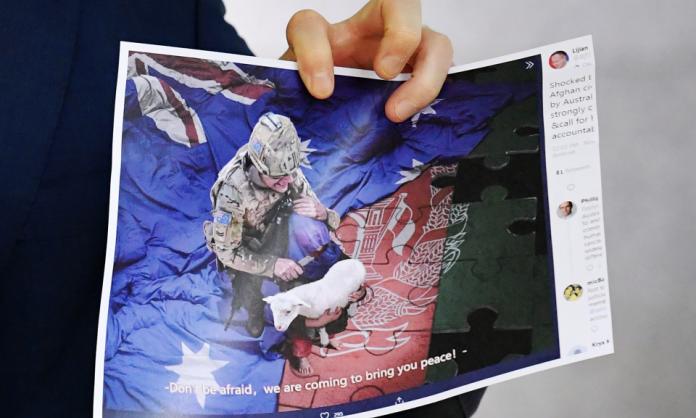 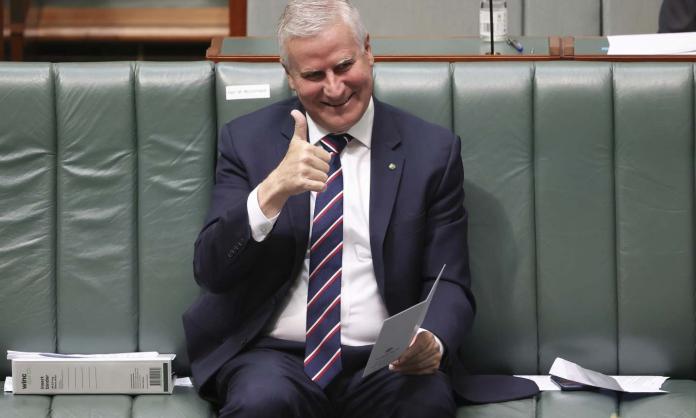