True History of the Kelly Gang is a disappointment 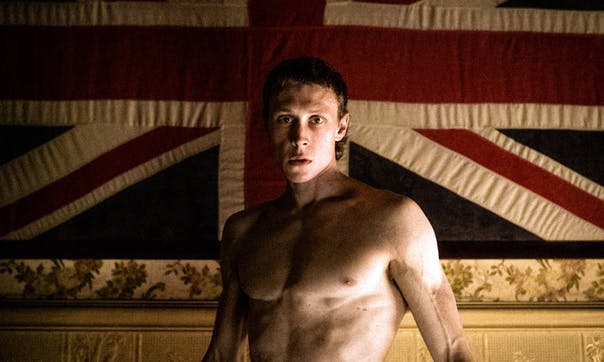 Has there ever been a great Ned Kelly film? The story has been put on the screen since the dawn of cinema. The Story of the Kelly Gang, released in 1906 – less than 30 years after the Ned Kelly’s hanging at Melbourne Gaol – was the world’s first feature-length film. In the colour era, the bar has been set low. Mick Jagger’s performance in the Tony Richardson directed Ned Kelly (1970) was atrocious, and the relatively big budget 2003 version was lacklustre.

The latest offering, Justin Kurzel’s True History of the Kelly Gang, is the most adventurous and energetic to date. The opening scenes, depicting Kelly’s childhood, are particularly gripping with a tense original soundtrack and an awesome performance from the twelve year-old Orlando Schwerdt. Overall though, it’s not a great film. It’s loosely based on Peter Carey’s 2000 novel, styled as Kelly’s attempt to write his own history against the press, which slandered him as a senseless murderer and degenerate. Although it’s something of a cliché, in this case it’s unfortunately true: the film fails when it most significantly departs from the book.

However fictional, Carey’s rendering captured a political Kelly: one who inspired the solidarity of Melbourne’s nascent labour movement and gained support among the bush poor. We meet a character awe-inspired by the arrogance of pastoralists willing to steal vast areas of land and rule them like a giant prison. A character instinctively averse to violence and cruelty, but compelled by self-preservation to step outside the law.

There are small tastes of these themes in Kurzel’s film, and particularly of the Irish rebel tradition. Ellen Kelly lashes the bigoted colonials who rob and suppress the Irish “like you did with the blackfella before us”. The “Kelly outbreak” is provoked by the abuse of the arsehole constable Fitzpatrick. The film is haunted throughout by the threat of Victoria’s deadlier gang, the colonial state.

But ultimately, Kurzel’s taste for ultra-violence and punk badboy-ism gets in the way of the political emotion that makes Carey’s novel great. For example, in Carey’s version (and in reality), the accusation that Kelly severed one of his victim’s ears was a lie, designed to whip up fear about a barbarian lunatic. But Kurzel’s Kelly does sever the ear – and appears driven by nothing more than bloodlust.

It all culminates in the Glenrowan sequence with an idiotic and totally deranged Kelly, a character miles from the argumentative author of the Jerilderie Letter. Likewise the attempt to turn the gang into a Birthday Party-style punk group comes across as ham-fisted. It only seems to trivialise the Kelly manhunt, and obscure its intensity as a political phenomenon.

The battle between cops and outlaws for the hearts and minds of Victorians is ignored in this movie. In the book, many outback locals are shown to assist and cheer on the Kelly gang. In the film, the only local we meet is the Glenrowan schoolteacher, a self-serving snitch. Presumably everyone is the same, as the gang is left isolated.

One day I hope there’s a great Kelly film. The tale is thrilling not just for its wild bank robbing shenanigans, but because the 1870s were a time of great social flux: modernisation, the expansion of capitalist social relations, the increasingly aggressive and monopolistic squattocracy, and the emergence of a working class movement and ideas of solidarity.

During this period, widespread oppression created the yearning for a hero who might stand up and give the authorities hell. In old and new ways, oppression persists. That’s why there’s still such fascination with the Kelly gang 140 years on.

“Jack Charles is Up and Fighting” is the title of one of Uncle Jack Charles’ early shows for the Indigenous Theatre Group, Nindethana, and it sums up his life. An actor, musician, potter, activist, proud gay man, this Boon Wurrung, Dja Dja Wurrung, Woiwurrung, Palawa and Yorta Yorta elder was, as actor and director Rachel Maza put it, “a shining, vibrant celebration of life”.

In a political landscape in which rising costs of living and attacks on work conditions confront a union movement hamstrung by spineless leaders and bureaucracy, it’s easy to forget what it looks like to really fight. In Australia today, despite the best efforts of rank-and-file activists, mass working-class struggle is on the ebb. For a generation of young workers, this means that it is not a matter of forgetting what real, militant unionism looks like, so much as never having experienced it to begin with.

'Pravda', the newspaper indelibly associated with the Bolshevik Party and the Russian Revolution, means 'truth'. It’s an appropriate name for a publication that set out to relate and generalise the experiences and struggles of the Russian working class, which was numerically small and scattered over a vast area in the early twentieth century.

The sculptural silver exterior of the Frank Gehry-designed Guggenheim Bilbao Museum is notable for its monumentality and architectural significance. For one hour last December it was also notable for the 12 members of museum cleaning staff standing silently at the top of the enormous staircase in front of the Museum’s entrance. Wearing t-shirts with the question “Is everyone’s work equally important?” printed on them, the workers were collaborating with artist Lorenzo Bussi and the

“We took an oath of friendship”, wrote French poet, writer and performer Tristan Tzara in his account of the origins of Dadaism, “on the new transmutation that signifies nothing, and was the most formidable protest, the most intense armed affirmation of salvation liberty blasphemy mass combat speed prayer tranquillity private guerrilla negation and chocolate of the desperate”. Today, unfortunately, Dadaism has suffered the ultimate fate of all major aesthetic movements under capitalism.