Despite all the gains of the women’s liberation movement, sexism remains widespread. The latest act of bastardry is the awarding of an Order of Australia to right wing sex therapist and honorary incel Bettina Arndt. Arndt bemoans the “myth” of gendered violence and advocates for its real victims: men. She argues it is young women’s responsibility to “behave sensibly and not exploit their seductive power to ruin the lives of men” by objecting to sexual assault. She recently claimed a university dating guide, which supports women’s right to say no to men, was teaching women to be “uncaring, demanding bitches”. Far from being condemned by our supposedly enlightened, modern society, Arndt has been honoured for her “significant service ... to gender equity”.

Arndt’s veneration attests to the fact that sexism is not gradually slipping away as society inevitably advances and becomes more enlightened. Degrading sexist treatment and second-class social status continue to pervade every aspect of women’s lives, from birth to death. This is no accident; it is part of the capitalist system.

At the most basic level, sexism is very profitable. Hundreds of millions of dollars are made every year by industries that exploit women’s insecurities. The beauty industry is worth $6.5 billion annually in Australia, and Australians are expected to spend $452.5 million on weight loss products this financial year. Women feeling anguish about their appearance is, for capitalists, not a social problem but a lucrative business opportunity.

The profit motive goes deeper than this. Capitalism functions because most of us go to work each day and make or do something for a boss. Workers are paid less than the value of what they produce, and bosses keep the rest, some of which becomes profit. Inevitably then, capitalists are interested in people working as cheaply and as hard as possible. A compliant and subservient workforce is the holy grail of capitalist profitability, and a workforce in which half the workers accept lower pay and worse conditions – as women do – is better yet.

The systematic underpayment of women saves capitalists billions. According to the Workplace Gender Equality Agency, full time working women earn 14 percent less than their male counterparts, or $241.50 per week based on average full-time earnings. This means, on average, capitalists make $12,558 more per year from each full time woman worker than from the equivalent male.

Women’s lower wages are in part due to the concentration of women in low-paid industries, such as cleaning, child care, education, health care, retail and hospitality. But even across a variety of qualifications and at a relatively equal stage of life, like the end of formal education, women are worse off. Starting salaries for women university graduates are still 4.8 percent less than for men, and 14.6 percent lower for those with postgraduate (coursework) qualifications.

The caring responsibilities that disproportionately fall on women, including child care and care for the elderly, mean that women are more likely than men to be in casual or part time work. This means the gender pay gap between all employed woman and all employed men is considerably larger than that between full time workers.

Women are also more likely to take time off work after the birth of a child, which has significant implications for their long term earning capacity. Women end their working lives in Australia, for example, with an average 42 percent less superannuation than their male counterparts.

Women’s unequal position at work has another advantage for the capitalist class: it creates a division within the working class. Historically, the idea that women don’t belong in paid work, that they’re taking men’s jobs, that they are less reliable or competent than men or that they are willing to accept low wages and bad conditions, has generated hostility to women workers and caused many women to stay out of paid work. This has changed, but the idea that women are responsible for both paid work and child rearing or other domestic demands in a way that men are not, still persists.

However it is justified, the existence of inequality between any groups of workers undermines the potential of workers to unite and use their collective power to challenge their boss and win better conditions. Where it doesn’t foster outright hostility, it creates a social reality that obscures class position and identification with other aspects of social and economic status.

This is why divide and rule has been the stock in trade for the powerful throughout the history of capitalism. Sexism both undermines the strength of the working class as a whole and makes women workers less confident to demand a pay rise or otherwise stand up to the boss, both of which benefit the capitalist class.

Sexism at work connects with and reinforces another major capitalist institution responsible for women’s oppression: the family. The family has an important economic function, which is to ensure a healthy and willing supply of labour power to the factories, mines and call centres of capitalism. Capitalists want workers to be educated, trained to respect authority and to accept the power bosses and the state have over workers’ lives. They also want workers to reach adulthood without coming to harm so severe it would prevent them from working. The family structure, with the associated responsibilities of its various members, is a reliable mechanism for this.

The family also largely takes responsibility for the care of its elderly, very young or disabled members, which takes the pressure off governments to provide proper care services for those who need them. A 2017 study by PricewaterhouseCoopers found that women perform 72 percent of unpaid labour in Australia, most of which is child care. Measured by time, the study found that unpaid child care is the largest industry in Australia, three times the size of the financial and insurance services industry. A large and essential part of the capitalist economy operates entirely informally and at no cost to those who share in its benefits, the capitalist class. Unpaid labour in the home is equivalent to around 50 percent of GDP, according to New Zealand economist Marilyn Waring.

Low quality or run-down services create a pressure on people to care privately for children or other relatives, or else pay high fees to for-profit providers. This either directly makes money for the capitalist class or enables more tax revenue to be directed away from social services and toward subsidies for business, both of which are a win for business. Without women feeling a sense of obligation, this situation would be untenable or lead to social decay that could threaten stability and profits.

The family is also key for initiating people into the gender roles that they will be expected to conform to throughout their lives, both in their personal lives and at work. Children are socialised to accept the unequal division of labour between men and women as natural and the expression of innate inclinations. They are expected to fulfil these roles and gain a sense of satisfaction from doing so. For women, this means being attractive to men, not being too pushy or ambitious, and being willing to perform selfless, unpaid caring labour in the home and endure the economic disadvantage and dependence that comes with it. The gendered expectations of women, that they will be non-threatening, deferential and objects of sexual desire before all else, means women have extreme difficulty asserting themselves and achieving what for men is relatively easy. This translates into disadvantage in every area of life, from education to securing employment to negotiating relationships.

Key though it is to maintaining women’s oppression, the family is a contradictory institution. In an inhuman, profit-driven society, it offers the best chance of meaningful personal fulfilment for men and women alike. This is the case even in situations of abuse and violence, which are common in the private, largely unaccountable and tense pressure cooker environment of the family. This is an important part of the family’s longevity as a social institution.

The family ensures a high level of social stability and inculcates a sense of responsibility in people, which is desirable from the point of view of the capitalist class, dependent as they are on a willing and reliable workforce. This is also why politicians of all stripes are so keen to promote it.

Importantly, inequality in the home and workplace interact and reinforce each other. Low wages mean that women are more likely than men to stay at home with children. Women being at home shapes children’s understanding of women’s role and expectations about their own futures. And it makes it more difficult for women to re-enter the workforce, condemning them to part time or casual work, which in turn reinforces their subordinate position in the home.

Because it is so central to the process of profit making, sexism manifests through nearly every social institution and cultural practice of capitalism. This means it is deeply ingrained, and therefore difficult to resist or counter at an individual level.

There are no life choices you can make that enable you to escape sexism. Whether women have kids or don’t, marry or not, live without any relationships with men, dress in skimpy clothes, gender neutral ones, or a sack – there’s no avoiding the reality of sexism. Worse still, sexism frequently causes women to blame themselves for this reality, including feeling chronically under-confident, negative about their bodies and shame about harm done to them by others.

So while it is important to be conscious of sexism and attuned to its many subtle and not so subtle manifestations, to have a society without it requires more than just awareness. The material basis of gender inequality needs to be destroyed, and those with a social and economic interest in the subordination of women need to be overthrown.

The most common view on how sexism should be combated – that of putting female faces in high places – is simply inadequate. More women world leaders and CEOs have not and will not lead to a world without sexism. Women should hold high office on a par with men, but that isn’t a strategy for liberation. For that, the causes of women’s oppression must be eliminated. This means the wider system of profit making must end, along with all its instruments of social control and oppression. 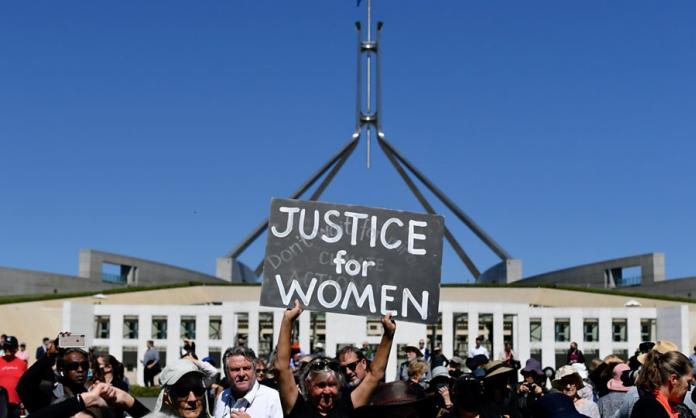 If you can’t shoot, sue: Porter and Morrison respond to March for Justice

The conspiracy to protect Christian Porter 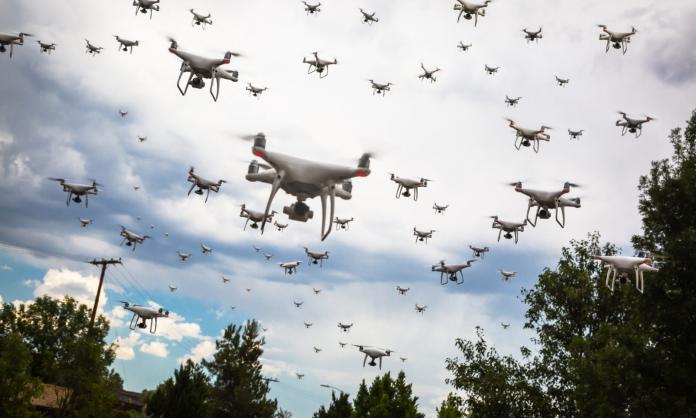 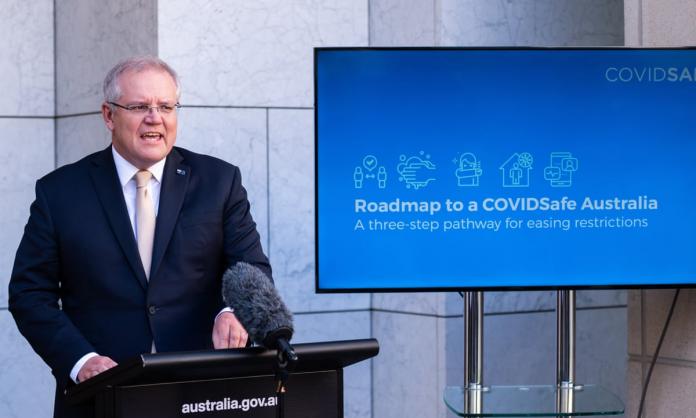