The nation-wide uprising in the United States has put both the local police and the President on the defensive. But now they’re preparing the counter-attack. Some cops are “taking a knee” to feign sympathy with protesters; others are firing into crowds and killing people. And now Donald Trump is threatening a shocking escalation. "I am dispatching thousands and thousands of heavily armed soldiers," he said, after the streets of Washington were filled by protesters again; and he warned that the military takeover of city streets could spread to other cities, too.

The relative paralysis of the police in the early days of the uprising showed how powerful this movement is. When the Minneapolis police abandoned their precinct headquarters and let the crowd destroy it, that proved that the cops are really afraid. They’re so deeply hated in so many cities that if they launched a sharp counter-attack at that moment, they might just encourage an even more fierce response. Another night, the police and national guard tried to ward protesters away from the ruined building, but they were overpowered again, and protesters roamed through the building taking victory selfies. In Washington D.C., Trump himself had to flee to a bunker as the White House was encircled by protests.

But despite the performative wokeness of certain senior cops attending demonstrations and grovelling before the protesters, no capitalist state can tolerate a loss of control of the streets. This movement is directly challenging the power of the cops to run big cities the way they like it: total unaccountable power, including the power to kill. “If you don’t dominate, you’re wasting your time. They’re going to run over you,” Trump warned the governors in a phone call. “You’re going to look like a bunch of jerks.” Trump himself vowed to restore the power of the police when he was elected. If the protests don’t exhaust themselves, a counter-attack is coming.

Later, at the White House, Trump gave maybe the Trumpiest speech in the history of Trumpism. It was the speech that many of us expected sooner or later. “One law and order, and that is what it is: one law. We have one beautiful law,” he explained, holding up one finger to make the point clear. That's how he introduced a curfew for the national capital, political persecution of rally organisers, and the mobilisation of the military on the streets of the US. It came after he gloated online that he could bring out “vicious dogs” and “ominous weapons”, and explained that “when the looting starts, the shooting starts”. Some of his supporters seem to have showed up to rallies with weapons (including, in one case, a bow and arrows). If the protests were merely street-fighting by a tiny minority of extremists, as Trump and others claim, maybe that kind of intimidation would be enough. But the city-based protests are too massive, too popular, to be overpowered by crazed MAGA-ites.

But the run-up to heavy repression as already been initiated, not by Trump, but by his mainstream predecessors, the governors and the mayors. It’s the state and local governments who have already mobilised the national guard onto the streets. Cops – body cameras off, of course – have already killed protesters before Trump has unleashed the military.

The American state is the single most heavily armed and powerful institution of oppression the world has ever seen. It’s killed millions around the world. But time and time again, people have risen up in struggle against it, risking and sometimes sacrificing their lives for the cause of human freedom. From Vietnam to Iraq to the streets of Minneapolis, the oppressed people of the world – including the United States – will never be free until we utterly destroy the US state, which exists to keep people in chains.

Daniel Taylor is an editor of Red Flag. 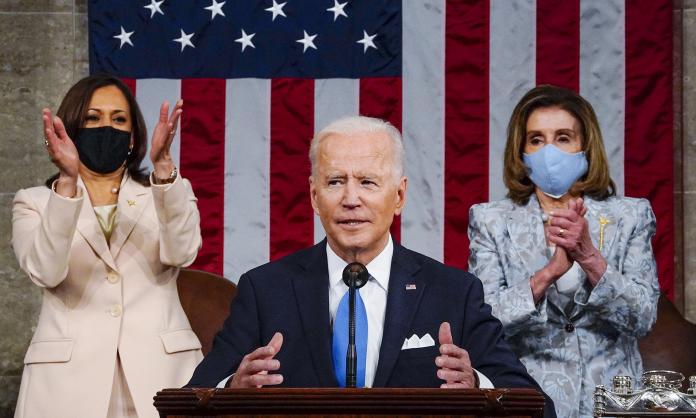