An NTEU action at Monash University in 2019. PHOTO: Facebook

Union officials in Australia’s tertiary education union (NTEU) responded to falling revenue in the higher education sector by offering up savings for management in the form of deep cuts to members’ wages and conditions. Officials hoped to buy themselves a seat at the table with management. They started these concessionary negotiations in March, but it wasn’t until 17 April that members found out that pay cuts were on the agenda, via the Guardian newspaper.

On 13 May, details of the so-called Jobs Protection Framework were released to members: pay cuts of up to 15 percent at universities most affected by coronavirus-induced revenue reductions (so-called Category B institutions). Category A universities could implement cuts of up to 10 percent to wages. Union officials estimated that 90 percent of universities would fall into one or other category.

A rank-and-file rebellion led by activists from NTEU Fightback led branch after branch of the union to vote to reject the deal.

Initially it was the largest and most militant branches, such as Sydney University and RMIT in Melbourne, voting to reject the deal, but by the time the deal was withdrawn by national officials, branches not known for militancy such as the University of South Australia and Australian National University in Canberra had also voted against. By 26 May, the deal was dead.

In extremely difficult circumstances, where face-to-face meetings and discussion were not possible and in the midst of a major economic and health crisis, union activists managed to overturn their leaders’ attempts to trade away hard-won conditions. A rank-and-file victory like this is a rarity in Australian union politics, let alone in the context of a pandemic, and is a credit to all the activists involved.

Since the defeat of the Framework as a national deal, attacks on workers’ wages and conditions have continued at many campuses. This has taken three forms. First, at campuses where the management wants to deal with the union, deals trading off wages and conditions in return for unenforceable promises to save some (but not all) jobs are being put to staff. This includes La Trobe and Monash universities in Melbourne, the University of Western Australia, Western Sydney University and University of Tasmania. These deals, like the now withdrawn framework, amount to blackmail: agree to cuts or you could lose your job.

La Trobe’s deal involved vicious pay cuts – $174 per fortnight for those on the median full-time female wage of $65,000 – the trashing of protections around major change and restructures, and no enforceable protections against job cuts. Naturally, this was not popular with members. The saga at that university provides a case study in just how far the union bureaucracy will go to get their deals up.

Large branch meetings at La Trobe rejected these proposals – twice. Before the framework was released, union members voted to reject any concessions on pay. After its release, a meeting of several hundred people voted to reject the deal. But the national leadership of the NTEU adopted the attitude of, if at first you lose the vote, why not try again until you get the desired result?

An online push poll on the deal was put to members to provide a fig leaf of consent for the deal. On Tuesday, 2 June, La Trobe NTEU members saw the details of the deal and were told by the Victorian office they would be polled less than 48 hours later – Thursday to Saturday. Despite the NTEU and other unions rightly decrying the government’s reduction of employers’ required notice period for a ballot to change the enterprise agreement from seven days to 24 hours, these standards did not apply in the La Trobe union polls.

The schedule of changes members would be voting on was publicised on an NTEU website with the name “savelatrobejobs”. This highly questionable campaign slogan was linked on the online ballot paper itself, along with the false assertion that the union supports the changes. The NTEU expended significant resources in phone-banking members and texting members to vote yes – an effort not extended to organising on the ground against non-union variations such as at Melbourne University.

Meanwhile management tried to terrorise staff into thinking the university’s finances were extremely dire, including at a town hall meeting attended by thousands. On the day the union ballot started, the Age carried a fallacious article on its front page, shared on union social media. It opened with the statement “La Trobe University is at risk of going broke in a matter of weeks”. Much of the information matched up with what management told staff about the financial situation. Hours later, when the damage had already been done, vice-chancellor John Dewar released a statement “clarifying” that “the university is not at risk of going broke” and is in fact “in the top 30% of Australia’s top 2000 companies for revenue”. Nevertheless, the union bureaucracy got its way, with a 74 percent yes vote in the push poll. Yet the no campaigners achieved a respectable vote – 26 percent – for a new group up against the combined might of management and the union machine.

At the University of Tasmania, less than 24 hours’ notice was given for a push poll of members on a pay freeze, deferral of increments and pay for promotions, and the gutting of change management clauses. The Tasmanian division of the union tweeted that it had won the vote “overwhelmingly”. What a thing to be proud of! A poll with less notice than that required under union rules for branch meetings comes out in favour of wage cuts!

Notably, at Western Sydney University, the union stitched up a wage cut agreement with management, again without a mandate from members. A branch meeting was called, an hour before which members were given a copy of the agreement. The branch voted in favour. The desired result had been reached, so no poll of members was organised.

These tactics, frankly worthy of authoritarian regimes, and certainly not a union claiming to be “member-led” and “extremely democratic”, show the leaders cannot win support for their strategy in an open debate.

The second form of attack following the defeat of the national framework has involved university managements moving to sideline the union and impose pay cuts unilaterally. This includes the University of Melbourne and University of Wollongong.

At Melbourne University, management are putting the enterprise agreement variation to staff this week. The variation would cut pay by 2.2 percent –  one week’s pay per year – and reduce redundancy entitlements. The union is opposing this variation, arguing that management cannot be trusted and that “If the university is so serious about saving jobs, why are there no enforceable job-saving provisions in its proposed variation?” These are precisely the type of arguments NTEU Fightback activists have made all along.

The trouble is, the union is opposing this variation only because it was locked out of the process. Where the union has been included, such as at La Trobe, it has backed similar deals with no enforceable job-saving provisions. The difference at Melbourne Uni is that the union officials have been left out in the cold.

Alarmingly however, national and state NTEU officials have done little campaigning for a no vote at the University of Melbourne. Instead, they are using paid union resources to campaign for the pay cut deal at La Trobe, phone banking and texting members. Even without proper union support, delegates at Melbourne Uni managed to organise 17 local meetings in just one week to put the case against the variations, with more than 1,300 staff attending. If there is a win for the union this week, it will be thanks to them, not the union officials.

The third form has been mass job cuts, rather than cuts to both pay and jobs. This has been the management approach at Deakin University in Melbourne, as well as regional universities such as Central Queensland University.

Supporters of the framework have blamed these job losses on those who successfully campaigned against the framework. This could not be further from the truth. By willingly attempting to trade away members’ conditions, the union leadership showed its weakness, softened up some union members for attacks and indicated to university managements that they would not fight to defend conditions. This concessionary bargaining only encouraged managements – they smelled blood and went on the attack.

As NTEU Fightback activist and NTEU national councillor Alma Torlakovic put it, “Pay cuts do not save jobs. University managements attacked staff in the good times, and now they’re attacking them in the bad. Supporting these deals signals that workers are an easy target and we will pay for a crisis we didn’t cause. Rejecting them instead ring-fences enterprise agreements and tells management and state and federal government they must make up the shortfall from elsewhere”.

Australian labour history is full of examples of unions emboldening bosses by adopting a moderate approach. Even supporters of the framework claimed it would save at best only 12,000 jobs, out of 30,000 under threat sector-wide. And this figure came from dodgy modelling by professor Jamie Doughney, a former union president at Victoria University, who joined senior management to help oversee a series of cuts to jobs and conditions.

It essentially assumes that any and all money saved from pay cuts would be spent on ensuring people retained employment. This was fanciful – nothing in the framework enforced this.

The challenge now is to resist attacks on many local fronts. But the campaign against the National Jobs Protection Framework offers a valuable guide to action. While the union leadership’s approach has encouraged university managements, opposition to it has rejuvenated rank and file activism. Rank and file groups have formed across the country. Members are becoming activists for the first time, learning how to organise fellow workers.

These developments are tenuous and small scale in many places. Nevertheless, it is this rank and file activism to build union power that offers a path forward, not dodgy deals with university bosses. 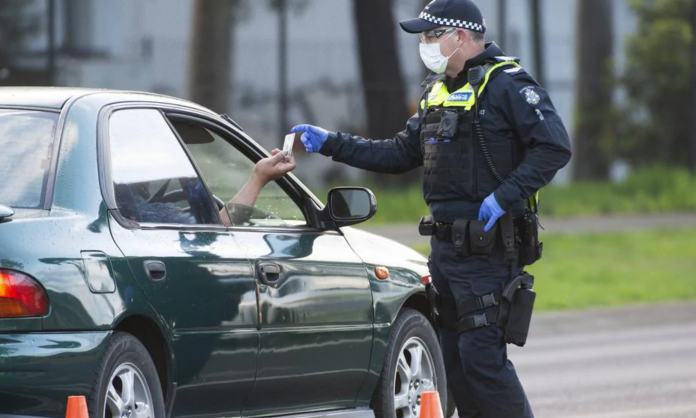 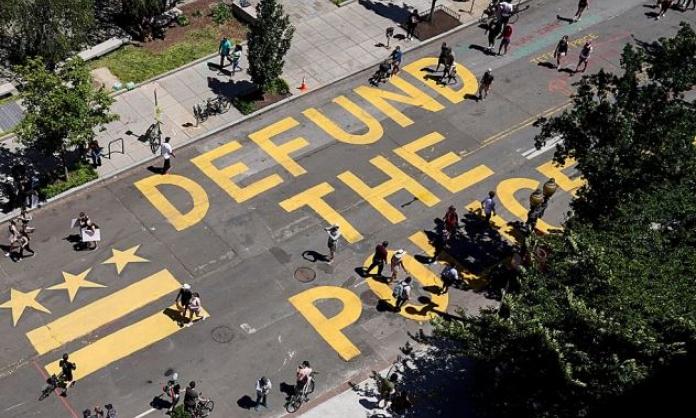 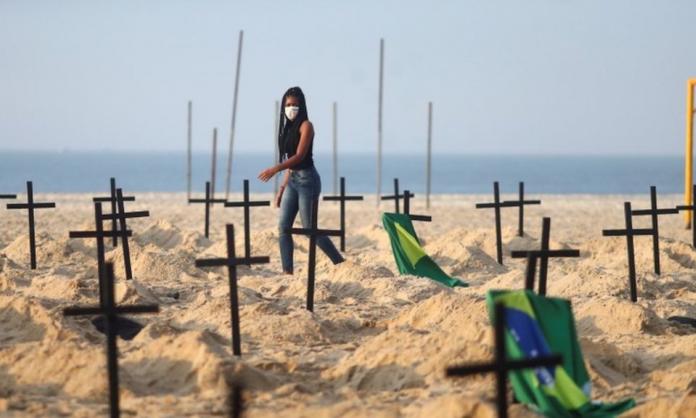 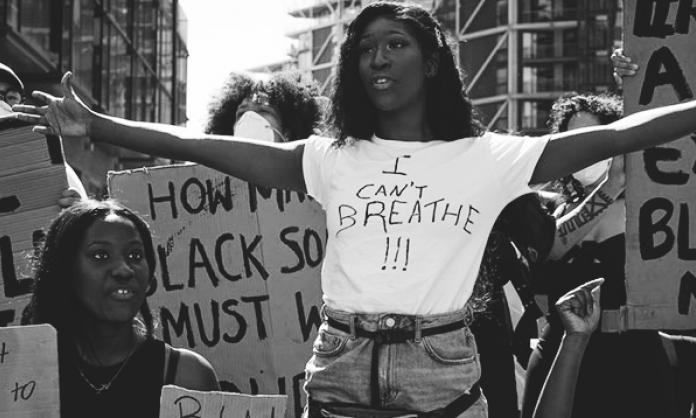 Ten days that may have changed the world: an internationalist perspective 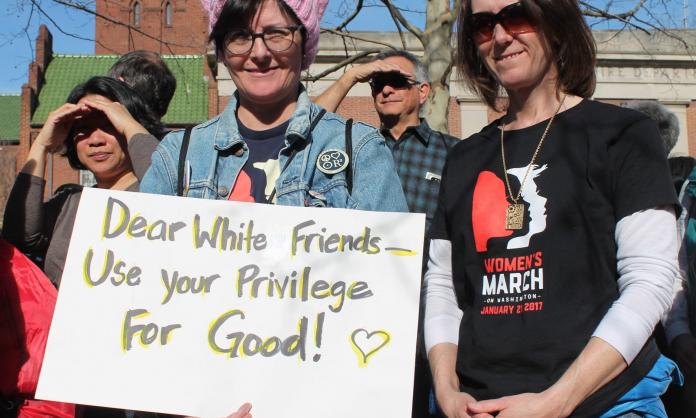