The roots of sexual violence 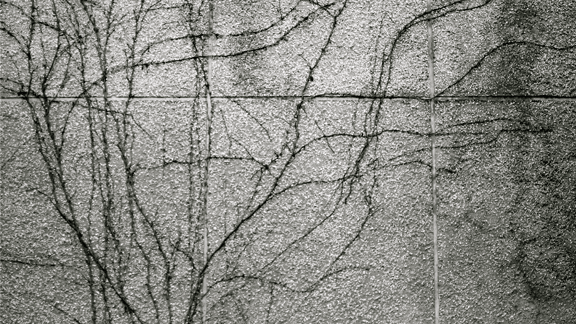 “The roots of sexual violence” is the feature article in the new issue of Marxist Left Review, Socialist Alternative’s theoretical journal. Here, Sandra Bloodworth outlines some of the main themes. To purchase the MLR visit marxistleftreview.org.

There is something vile at the heart of this society. A constant stream of reports catalogues sexual abuse.

It’s not just male domestic violence, on which most public attention is focused. There is abuse of children by priests and teachers in every religious institution; of the elderly, disabled, mentally ill and children, supposedly being cared for in institutions; in jails and refugee detention camps. The website Same Same reports similar rates of LGBTI intimate partner abuse as among heterosexuals.

However, for all the inquiries and hypocritical “concern” by politicians and police chiefs, there is little attempt to explain these horrendous facts except for a few contentless phrases about a “culture of male violence”. Male violence is prevalent in our society, but it cannot explain the widespread and varied incidence of sexual abuse, including by women – 41 per cent of lesbians experience partner abuse.

As Karl Marx argued, if we want to understand human behaviour, we need to begin with the social and economic structures of society. The connections between the organisation of production and sexual violence might be difficult to see; nevertheless we need to identify them.

In capitalism, Marx argued, our ability to labour, instead of being creative and a source of satisfaction and connection with others, is alienated – out of our control.

The mass of workers have little or no say over their conditions of work or whether that work is useful or something they enjoy. If you are serving coffee or selling clothes or video games, you don’t know how they were produced, whether by slave labour or by well-organised, well-paid workers. They might be on the other side of the globe or down the road, but they don’t know you or those who buy the things they produce.

This has several consequences. It seems as though our lives are under the control of alien, uncontrollable forces such as “the economy” and “the market”. The world is experienced as alien and fragmented, resulting in the estrangement of one human being from another.

What the Marxist philosopher Bertell Ollman refers to as the “splintering of human nature into a number of misbegotten parts”, and the actual domination of capital over our lives, creates feelings of powerlessness in the exploited. It throws a veil of mystification over the structures of the system.

If you can’t see how society works, it is difficult to reject “common sense” ideas that seem to reflect experience, but which are promoted to justify it, such as: we need bosses to organise society; we are all individuals, responsible for what we make of our lives; women are not suitable to run state affairs; the only “natural” sexual relationship is heterosexual and so on.

There is often a huge gap between the chocolate box image of the happy, loving couple and the stresses and strains of work and the struggle to make ends meet. An already alienated existence, hemmed in by the dominance of heterosexuality and monogamy, can become wracked with tensions and bitterness.

And so some men, socialised to assume their entitlement to dominate others, knowing a woman has fewer rights and options, take out their frustrations on female partners. However, many factors such as the dread of loneliness, the fear of being outed to a boss, lack of economic independence or support services, can make any partner – whether female, male, straight or queer – reluctant to leave a relationship and therefore vulnerable to coercion and abuse.

For example, even the royal commission into child sexual abuse strips any identity from those recounting their trauma and puts the perpetrators and those who hid their crimes on a par with their victims by referring to them all as “stakeholders”. The Catholic Church, which promotes itself as concerned with the spiritual and temporal well-being of its followers, can’t respond in a humane, caring way to people who are clearly traumatised by its paedophile priests.

The oppressed are particularly vulnerable under the authority of institutions. Children, regarded as the property of their parents, have no rights. They can be removed with or without their consent if the state declares their family “unsafe” and dumped in circumstances of regular abuse. Aboriginality makes removal even more likely.

The elderly, the disabled, the ill, are defined not by their rights, but by physical needs. Many are placed under the control of others expected to discipline and dominate them in regimes of bureaucratic “order”.

Those in charge such as prison guards, school teachers, carers and so on are themselves alienated, often ill trained, low paid and overworked. Insofar as they embody a strict, disciplinarian lifestyle, they may well be miserable and unsatisfied themselves.

But because their role trains them to treat people like objects, it is a short jump for them to treat those in their charge as the objects of their own impulses – frustration, anger or sexual need. There can be an ill-defined difference between ignoring the needs of the person under their authority, psychological or physical coercion, and abuse.

When they play an oppressive role in a hierarchy, their actions are not seen as anti-human, just “necessary”. Keeping “order” is their role, however it is achieved. Society does not openly endorse abusive behaviour, creating an aura of secrecy that mirrors the privacy of most sexual activity, thus eroticising the exercise of power. This partly explains why so much abuse is sexual.

On the other hand, sexual assault is clearly experienced as more traumatic than a bashing or other forms of control. The anguish in the stories of agony and suicide that plague the lives of those abused as children, or women abused by male partners, is palpable.

The trope that encapsulates men’s experience in jail is the fear of rape – seen as the worst that can happen to a man. It is fed by homophobia but also the closely related humiliation of being reduced to the status of a woman.

So sexual abuse, or even the threat of it, can more thoroughly devastate the victim’s will to resist than other forms of discipline or punishment in institutional situations. This dynamic is similar to that in personal relationships, where efforts to dominate a partner or stop them leaving can spill into increasingly violent behaviour.

Furthermore, the state promotes and legitimises the use of sexual violence as an acceptable way to enforce discipline and control. At every level it is understood it should not really happen, but to admit its occurrence would be to rip off the veneer of order and respectability. So it is tolerated and actively covered up; whistleblowers rather than abusers are victimised, providing immunity from discovery.

Governments and police forces the world over have, for centuries, shielded churches and other institutions as they sheltered and even promoted sexual abusers.

Reinforcing these signals, states around the world use rape of both women and men as a weapon of war. It is widely used in torture regimes. In the infamous Abu Ghraib prison in Iraq, US soldiers, about half of whom were women and commanded by general Janis Karpinski, participated in practices that included rape, but also other sexually charged methods of humiliation, calculated to demoralise both men and women.

What is the solution?

It is certainly not more jails, or longer and mandatory sentences so beloved of governments and police. None of these are deterrents; they strengthen the structures that normalise sexual violence and churn out ever more violent and alienated individuals.

Given the structural limits to individual choice and the dynamic in bureaucracies towards dehumanisation, it’s a point of optimism that not everyone trying to keep the order and discipline they’re expected to maintain ends up abusing those in their “care” or under their authority. They are not just robotic creations of the hierarchy. Many hold on to some sense of responsibility to protect the people in the institutions they staff.

This points to a way out of this morass. Trade union organisation and collective struggle can promote ideas of solidarity and class consciousness. Therefore this can maximise humane, respectful responses by those in authority over others or in unequal relationships. However, in order to eradicate sexual violence entirely, we will have to destroy the structures in which it is so deeply rooted.

Women’s rights in the US are at a critical juncture. A leaked draft Supreme Court judgement indicates that five conservative judges support overturning the 1973 Roe vs. Wade decision that established a woman’s right to abortion as a constitutional right.

Coercive control is not restricted to the “personal” sphere in capitalist society. It is a dynamic that underpins many relationships and interactions, and in most cases is not seen as a problem.

If more evidence was needed of the continued pervasiveness of sexism in Australian society, the response to Brittany Higgins’ allegation that she had been raped in Parliament House by a fellow Liberal Party staffer in 2021, and the outcry about Grace Tame’s refusal to smile at Prime Minister Scott Morrison at an Australian of the Year get-together earlier this year, provide it.

In the early hours of Thursday morning, following the shameful passage of the Religious Discrimination Bill through the lower house with ALP support, Labor leader Anthony Albanese tweeted the “breaking” news that Labor had “been successful in protecting LGBTQI school children from discrimination”.

Bigotry had a setback on 11 February with the indefinite shelving of the Religious Discrimination Bill. This is to be celebrated.

I’m a socialist gay activist, so I’m used to being attacked for my politics. You learn to take it in your stride. But one of the most dumbfounding denunciations I ever received was issued by a few other apparently progressive queer activists, who slammed me in May 2017 for the heinous crime of speaking at a protest against the Liberal Party.