The politics of Martin Luther King

Martin Luther King Jr is rightly considered a hero of the US civil rights movement. But many of his admirers wrongly assume that the movement’s gains were all down to King’s “Gandhian strategy” of nonviolent civil disobedience. This distorts both the real nature of the tremendous civil rights struggles and King’s own political evolution as the movement confronted new challenges.

King first came to prominence through the leading role he played in the 1956 Montgomery bus boycott. The Black population’s year-long mass boycott of the segregated bus system – started by Rosa Parks’ now famous refusal to give up her seat for a white person – marked a major turning point for the civil rights struggle in the South. The boycott was a sharp break from the conservative lobbying and legalistic strategy of the established middle class organisations such as the National Association for the Advancement of Colored People. Importantly, the victory in Montgomery was won through the participation of large numbers of Black people, with democratic mass meetings deciding the direction of the campaign.

The victory spurred the movement against the segregationist Jim Crow system right across the South. Through this campaign, King developed his strategy of nonviolent direct action. He was not, however, some lame, turn-the-other-cheek pacifist. He saw the need to confront the white, racist Southern establishment. As he wrote later:

“Feeling that our demands were moderate, I had assumed that they would be granted with little question; I had believed that the privileged would give up their privileges on request. This experience, however taught me a lesson. I came to see that no one gives up his privileges without strong resistance. I saw further that the underlying purpose of segregation was to oppress and exploit the segregated, not merely to keep them apart.”

The approach King developed of nonviolent protests anticipated, and depended on, a vicious response from the racist Southern authorities. King hoped that scenes of extreme violence – police attack dogs and fire hoses being used against peaceful protesters demanding basic reforms such as the right of equal access to cinemas and toilets – would gain widespread media coverage. The coverage would generate sympathy among middle class whites in the north, which would add to the pressure on federal authorities to send troops to defend Black protesters and legislate against segregation. The strategy achieved important victories in the South because Jim Crow-style segregation was no longer in the interests of the US capitalist class as a whole, which was predominantly based in the north.

Building on the credibility he had gained from the Montgomery victory, King played a key role in forming the Southern Christian Leadership Conference (SCLC). The leadership of this new movement consisted of younger, somewhat more radical middle class Black people – in particular clerics, who were more economically independent of the Southern capitalist establishment than the older, middle class Black leadership. The SCLC helped form the Student Nonviolent Coordinating Committee (SNCC), which became a key force in the civil rights movement. SNCC initially adhered to the SLCC’s nonviolent civil disobedience approach, but it soon evolved in a more radical direction.

Primarily, SNCC correctly engaged in nonviolent protests, but they were not pacifists. They could not have survived the murderous terror of the Southern racists had they been. As former SNCC field secretary Charles E. Cobb Jr noted in a 2014 National Public Radio interview: “Passive resistance did not necessarily mean an unwillingness to use force to protect [ourselves] from violence in other circumstances. There was never a family I stayed with [in the South] that didn’t have a gun ... guns kept communities safe”.

Ironically, King’s strategy failed when the anticipated violence from the authorities was not forthcoming. In Albany, Georgia, where King initiated a major campaign, the police chief made peaceful arrests only. With no scenes of shocking violence, the media lost interest, and the campaign failed to become a cause célèbre in the north. Then it went down to a drawn-out, demoralising defeat. Faced with this failure, SNCC activists questioned the utility of nonviolence as a principle rather than a tactic.

King could see he needed to campaign harder to maintain momentum. In 1963 he chose Birmingham, Alabama, then the major industrial city of the South, where an especially brutal police force was controlled by notorious racist Bull Connor. In response to the increasingly impatient mood of the Black population, King broadened the movement’s demands to include not just desegregation of public facilities but greater job opportunities for Black workers. He planned to use demonstrations to bring commerce in the centre of Birmingham to a halt, and to force the business establishment to make concessions. And he continued to hope scenes of brutal attacks on peaceful protesters would force the federal government to intervene.

Initially, King relied on volunteers trained in nonviolence. But Connor was relatively restrained, so King was forced to mobilise broader forces: first school students and then the mass of the Black working class. Although the SCLC activists tried to prevent it, the new recruits took to throwing stones and bricks at police. At the height of the protests, 3,000 Black people were in jail and thousands more were on the streets braving police attack dogs and fire hoses. Outrage across the US forced the administration of John F. Kennedy to propose a civil rights bill. King had won a great victory.

But racist terror did not end in Birmingham. There were several bombings targeting Black activists, which the newly radicalised Black population responded to with the first of the US urban riots of the 1960s. This rioting prefigured what was to come later in the decade in the urban Black ghettos of the north. In this way, King’s success inspired a new generation to go beyond his nonviolent approach. Significant victories could be won against segregation in the South through nonviolent civil disobedience. But challenging the entrenched racism and poverty in the northern cities, where most of the Black population lived by the 1960s, was another question.

The capitalist class as a whole was not entirely committed to the extreme racist policies of the South, which meant significant reforms were possible without the large-scale rioting necessary to make gains in the north. There, behind a facade of racial equality, intense racism entrenched Black poverty and sharply divided the working class, which in turn suppressed the wages of all workers.

Reflecting the centrality of racism to capitalist rule, the northern liberals who spoke out against segregation in the South were much more cautious, if not utterly hypocritical, when it came to the entrenched racism and poverty faced by Black people in the northern ghettos. As the struggle moved north, King began to see that the movement had to challenge capitalism if it was going to get anywhere. His attitude to nonviolence also shifted.

King described the 1965 Watts riots in Los Angeles – in which 34 people died, nearly 3,500 were arrested and $40 million worth of property damage was caused – as “a class revolt of the underprivileged against the privileged”. He now made clear that there was a great deal of difference between the violence of the US state and the violence of those rioting in the ghettos, and he began to use a different vocabulary to describe his tactics, referring to “massive nonviolence”, “aggressive nonviolence” and even “nonviolent sabotage”.

“There must be more than a statement to the larger society, there must be a force that interrupts its functioning at some key point ... To dislocate the function of a city without destroying it”, he wrote in a 1967 letter. “It is a device of social action that is more difficult for a government to quell by superior force ... It is militant and defiant, not destructive.” King told the SCLC convention that year:

“We must honestly face the fact that the movement must address itself to the question of restructuring the whole of American society ... And one day we must ask the question, ‘Why are there 40 million poor people in America?’ ... And when you ask that question, you begin to question the capitalistic economy ... it means ultimately coming to see that the problem of racism, the problem of economic exploitation and the problem of war are tied together.”

With his move to the left, King also campaigned about broader political issues, the most important being the war in Vietnam. “There is something strangely inconsistent about a nation and press that will praise you when you say be nonviolent toward Jim Clark [a violently racist sheriff in Alabama]”, he said in a sermon delivered at Ebenezer Baptist Church in Atlanta, Georgia, “but will curse you and damn you when you say be nonviolent toward little brown Vietnamese children”.

In November 1967, he said: “I have found out that all I have been doing in trying to correct this system here in America has been in vain ... I am trying to get to the roots of it to see just what ought to be done ... The whole thing will have to be done away with”.

The FBI and the US state increasingly viewed King as a threat. Not long before he was assassinated in April 1968, he stated, “after Selma and the voting rights bill, we moved into a new era, which must be an era of revolution ... The whole structure of American life must be changed”.

King was no careerist. He gave his life for the cause of human freedom. Precisely because he was a sincere and dedicated activist who was determined to win, his ideas evolved and radicalised as the civil rights movement faced new challenges. He came to see that racism was so entrenched within capitalist society that a few reforms around the edges would not be sufficient. Only revolutionary action by the mass of the exploited – both Black and white – offered any hope of liberation. 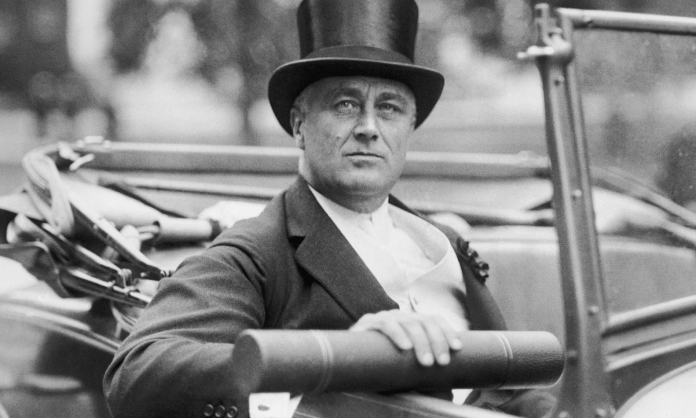 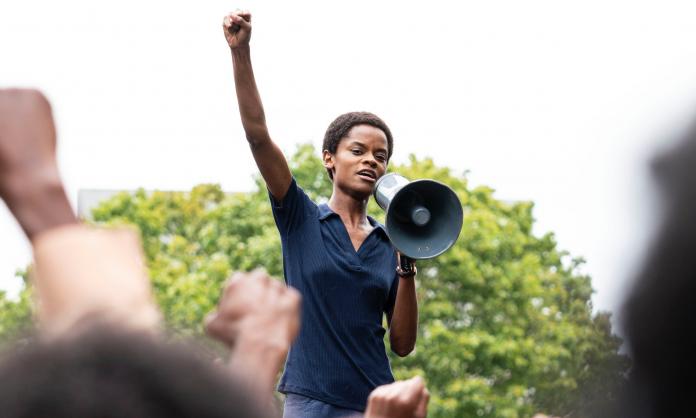 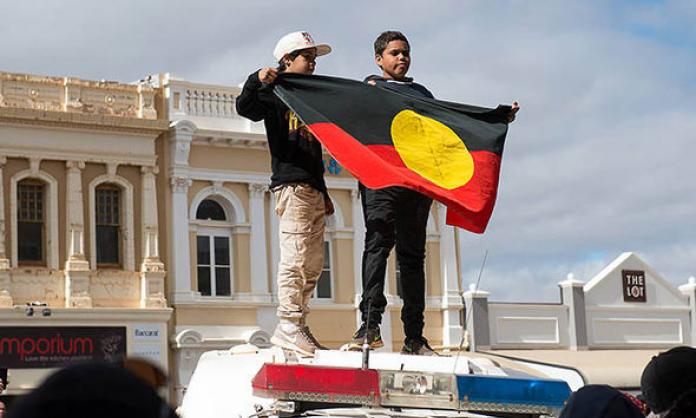