The funeral of Qassem Soleimani in Iran

Tensions between Iran and the US have escalated following Trump’s criminal decision to assassinate key Iranian general Qassem Soleimani. By killing a man with a real chance of becoming the Islamic republic’s next president, the barbarians in the White House have substantially increased the risk of a major new war breaking out in the Middle East. The imperial arrogance involved in this flagrant breach of international norms was encapsulated by Trump’s tweet shortly after the missile struck, consisting only of a US flag.

It is not difficult to imagine the US response if the head of the CIA or the state department was to be killed by a terror attack organised by Iran or Russia. Such an act would be used as an excuse to instigate a massive military assault, and much of the world elite would accept such a reaction as justified. Yet Iran is expected to do nothing in response lest Trump follow through with his threat to bomb 52 sites inside Iran, a move which would cause enormous casualties and destruction.

The attack was the crescendo of a week of violence between the two countries, all taking place on Iraqi soil. It started with a rocket strike by Kataeb Hezbollah, an Iranian-backed militia, on an Iraqi weapons storage facility in Kirkuk. The rockets hit the US occupying forces stationed there, resulting in four injuries and one death. The US responded by bombing three separate Iranian targets in Iraq, killing 25 people and injuring 50 others. Iranian-backed militias then organised a relatively symbolic attack on the US embassy, breaking through the exterior gates, burning flags, and nearly overrunning the largest US diplomatic facility in the world. As punishment, the US murdered Soleimani and five others.

Trump’s decision to take a step towards war is undoubtedly motivated in part by the 2020 electoral cycle. Democrat efforts to weaken Trump through impeachment have backfired badly. A 6 January Hill-HarrisX poll shows approval of Trump at 90 percent among Republicans, and at a healthy 47 percent of all voters. Trump also raised the most money of any presidential candidate over the last quarter, up substantially since discussions of impeachment began back in September. He clearly hopes that a round of macho chest-beating and military brinkmanship will help propel him to victory later this year. After all, the possibility of another terrible war that destroys the lives of millions in the Middle East is a small price to pay for another four years in the Oval Office.

Looking beyond these immediate concerns, this act of war is the outcome of Trump’s long-standing aggressive approach to Iran. One of his first major decisions as leader was to tear up Obama’s nuclear deal, which had raised the possibility of normalisation of relations between the two countries. That was then followed by an intensification of the long-standing regime of sanctions on the Islamic republic. These sanctions, of course, do not affect the Iranian ruling class, which is protected by its control over capital and government revenues. The sanctions have, however, made life extremely difficult for workers and the poor, who bear the brunt of an economy ravaged by inflation, unemployment, shortages, and price rises.

Mike Pompeo, Trump’s secretary of state, advocated for a direct attack on Iran’s nuclear facilities back in 2014, while in April last year, the administration designated Iran’s Revolutionary Guards, part of the official structure of the Iranian military, a terrorist organisation. This is the first time that part of a government has been labelled as that level of threat. The return of arch-neoconservative John Bolton to federal office made headlines in 2018, prompting fears of an imminent war with Iran. These concerns were justified. Bolton built a reputation for himself as a warmongering psychopath, acting as an extreme hawkish fringe in each of the last three Republican administrations. His resignation in September last year seemed to allay these concerns, but as recent events show, his attitude remains influential.

In different ways, both Obama’s nuclear deal and Trump’s program of “maximum pressure” reflect the need to deal with the new geopolitical situation produced by a shifting balance of power in the Middle East. US dominance has substantially declined following their disastrous defeats in Iraq and Afghanistan. A range of regional powers have tried to make the most of this partial vacuum, including Turkey, Saudi Arabia, Russia, Qatar and the United Arab Emirates. Iran has so far been the most successful, having gained serious influence in Lebanon, Syria, Yemen, Libya, Palestine and more. Recent war games in the Persian Gulf involving Russia, Iran and China highlight the growing confidence of this anti-US grouping.

So while the US is the aggressor in the current scenario, Iran is by no means a helpless victim. The Revolutionary Guards have been responsible for inflicting incredible violence on the people of the region in recent years. In Syria, Iraq and Iran itself, the Guards have helped to prop up the brutal regimes against popular revolutions. Iranian backed forces have also been central to undermining struggle against the sectarian Lebanese government, and helped to eliminate the democratic content of the revolutionary struggle in Yemen. Since 2018, Iran has attacked Saudi facilities on a number of occasions, doing real damage to their oil refining and shipping capacities. Soleimani had a hand in all these interventions, and the US proved itself unable to effectively respond.

From the perspective of the Iranian ruling class then, things have been looking up militarily. But at home, the regime has faced significant threats to their rule. The harsh US sanctions have slowed the country’s oil trade, down by more than 80 percent since April 2018 according to Reuters. This has caused serious economic difficulties for the state, leading to cuts in government subsidies and social provisions.

Fuelled partly by this, inspirational protest movements have arisen in Iraq and Iran that challenge the power of the Ayatollahs and their lackeys. In Iraq, revolutionary demonstrations exploded last October, demanding justice, freedom, and an end to Iranian domination of the country. The demonstrations were strongest in Shia areas, and clearly articulated a non-sectarian and progressive vision for political change. They faced intense repression, with more than 300 killed and thousands more injured, many at the hands of Iranian-supported sectarian militias. Iran has also experienced insurrectionary social struggles based strongly in working class cities and neighbourhoods, both in 2017 and again last year. Huge demonstrations were subdued by a government prepared to subject peaceful protesters to machine-gunfire from helicopters.

Iran’s decision to escalate conflict with the US over the past year thus also has its own domestic and regional logic. The dictatorship has a long history of using “anti-imperialist” actions for legitimacy. In 1979 the emerging Islamist ruling class launched a year-long occupation of the US embassy, a move that helped to affirm the anti-imperialist credentials of the new ruling elite at the same time as they decisively crushed the left and the revolutionary movement on the back of which they rode to power.

Despite these complexities, the response of the left should be unequivocal. There is absolutely no circumstances in which US aggression should be celebrated. If there is another war, we should be mobilising in huge numbers against American and Australian imperialism, and demanding they cease all meddling in the Middle East.

It is undeniably positive that the Iraqi parliament has voted to expel the US, and an outrage that Trump is threatening retaliatory sanctions.

All foreign troops should be withdrawn from the region immediately, including the 200 Australian troops recently sent to help the US control the strategic Strait of Hormuz. Such a move can seem counterintuitive in some circumstances, as in the case of Northern Syria. But in the long run, it weakens the dominance of the major powers that have caused so much damage and suffering, and creates space for local actors to fight for democratic change.

From an Australian perspective, it is disgraceful that naval boats and resources that could be helping deal with the climate crisis in this country are instead involved in military intimidation and another potential war in the Middle East. This act of aggression against Iran is yet another reason to tear up the US alliance, which only strengthens the US’s ability to wage war. And to redirect the seemingly bottomless funds that are available to the military towards essential social services which are woefully underfunded and failing those who rely on them.

At the same time, the left and anti-war activists must also learn from and show solidarity with the new revolutionary movements that are sweeping the region, and which are rightly insisting that the entire ruling class – be they monarchs or presidents, secular or religious, Sunni or Shia, pro or anti-Western – are scoundrels. The Lebanese slogan “all of them means all of them”, applies to internationally as much as it does to local politics. 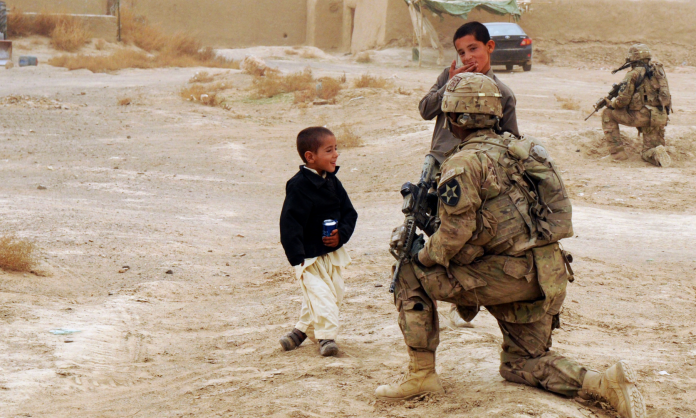 Afghanistan and the liberal love of imperialism

The US occupation of Afghanistan is over. But the disaster goes on. 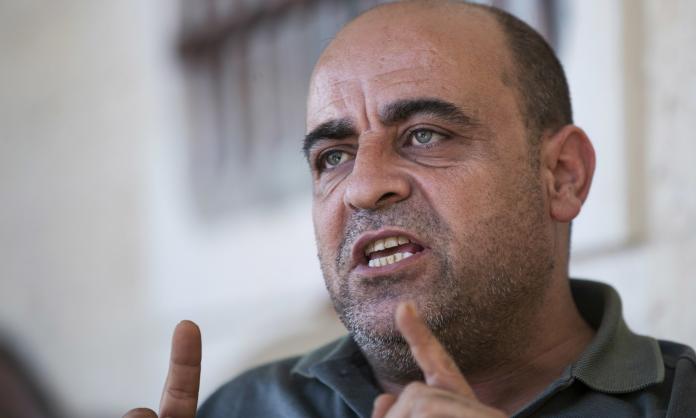