The government thinks that discussions with the National Tertiary Education Union are "very good". That's because it looks like NTEU officials are prepared to sacrifice their members’ livelihoods for nebulous and unenforceable undertakings about job numbers.

A comment in education minister Dan Tehan’s announcement of the government’s fake university rescue package was a very bad sign for university workers. On Sunday, he said that “there are very good discussions going on at the moment between the university sector and the NTEU” (National Tertiary Education Union).

Tehan is an opponent of workers’ rights, decent wages and good working conditions. For him to praise the discussions with our union can mean only one thing: that significant concessions are on the cards. It means that, in talks with our bosses, NTEU officials are prepared to sacrifice their members’ livelihoods for nebulous and unenforceable undertakings about job numbers.

The strategy of making concessions on our hard-won wages and conditions, especially without mounting a fight, has already ignited fierce debate in the union. At the University of Sydney on Thursday, rank and file members overwhelmingly censured the NTEU’s national executive for its willing collaboration in undermining our rights. The motion was carried 117 to two.

Local officials had refused to put the motion on the agenda for the meeting, so rank and file members moved it from the floor.

Censure of national union leaders by dedicated members rarely happens. Unionists at Sydney University had the confidence to take this important initiative because of the long and proud tradition of union activism and militancy there. They struck to achieve better outcomes in disputes over Enterprise Bargaining agreements in 2013 and 2017. And they have taken action in various disputes about restructures and conditions.

That’s why the University of Sydney is widely seen as the campus that sets the standard for wages and conditions for the whole sector.

Following the censure motion, NTEU activists across the country started to mobilise against the sacrifice of wages and conditions. Despite the discontent, and the lack of any prior discussions among the union’s membership, its national leaders went ahead and had (or possibly continued) discussions with the vice-chancellors' industrial organisation on Saturday. This became public in a comment by that organisation’s executive director to the Sydney Morning Herald, not through any communication to union members.

Within a few days, more than 300 members of the union around Australia have signed a statement along the lines of the University of Sydney censure motion. The statement rejects concessions on wages and conditions and sets out an alternative strategy. The government must pay for a real bailout, without strings attached, to secure the future of the entire workforce, including casuals. There must be a campaign, which may include industrial action. The conduct of the campaign and negotiations with university bosses must be transparent and under member control.

Full-time NTEU officials have, very justifiably, criticised the government’s package. But they still seem to be going along with its attacks on university workers. The government falsely claims it has no room to move. The administrations will claim the same thing. Union members should be at least as determined to keep hard-won conditions intact, rather than giving up without a fight.

There is only one way for NTEU members to draw a line: by voting down any attacks on our conditions and backing that up with an industrial campaign. Such a campaign could reverse the appalling message national NTEU leaders have sent to university bosses and the government – that we are a pushover.

This industry can’t operate without its workforce. The government doesn’t want universities to collapse entirely or be seen to allow them to collapse – so unionists have bargaining power if we are prepared to flex our industrial muscles.

Union militants are demanding that there be no job cuts and that casuals be re-employed to reverse decades of policies that increased our workloads, subjected us to humiliating micro-management, undermined staff-student ratios and damaged the quality of the education we provide.

Such action would find support not only among students but the wider public. And it can provide an example to workers in other industries: don’t accept the government subsidising business profits to the tune of hundreds of billions of dollars, while allowing workers’ incomes to fall (or, in the case of many casuals, collapse). We can also send a message to bosses everywhere: workers won’t accept attacks on established wages, conditions and rights.

As soon as any details of a deal are made public, members will be gearing up for a no vote. If you are a member of the NTEU and want to be part of this fight, sign the statement, encourage others to do so and start talking to your fellow unionists.

Watch a livestream discussion about the struggle at universities tonight at facebook.com/events/238841467236849 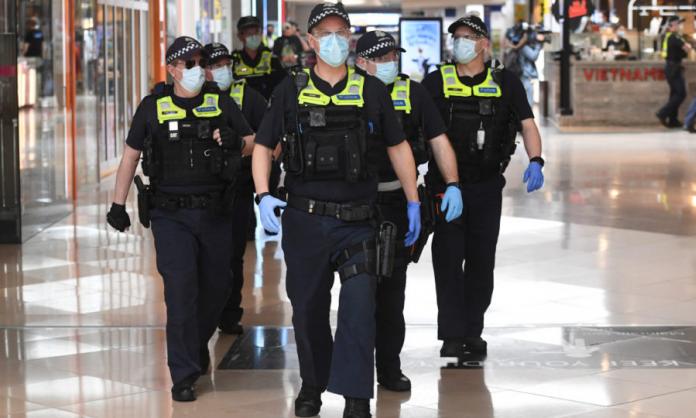