Carnivals of the damned: the US far right fights the lockdown

The wave of far-right anti-lockdown protests show how capitalist politics can create monsters. Worse might be on the way.

To listen to Donald Trump’s daily coronavirus press briefings is to be reminded of Edgar in Shakespeare’s King Lear: “False of heart, light of ear, bloody of hand; hog in sloth, fox in stealth, wolf in greediness, dog in madness, lion in prey”. He careens wildly between sly, vicious and mad. It would be easy to mistake Trump for a crazed fool. But to quote Shakespeare again, “Though this be madness ... there is method in it”.

Since his first bid for the White House, Trump has encouraged and leaned on different elements of the far right to strengthen his position. The latest example is the series of far-right protests demanding an end to coronavirus restrictions across the country.

In Ohio, Michigan, Colorado, New Hampshire, Maryland, Pennsylvania, Texas and California, groups of protesters, some in their thousands, have mobilised to pressure state governors to end health measures designed to limit the spread of the virus. According to Jeff Sharlet, author of The Family: The Secret Fundamentalism at the Heart of American Power, the protests are a “great convergence” of different far-right forces.

The demonstrators’ homemade signs are indicative. Some espouse anti-vaccination and 5G conspiracy theories, others anti-communism, while others declare the virus to be God’s will. Perhaps the most common attitude on the protests is that social distancing is a form of “tyranny” and that states don’t have the right to interfere with the market and business. “Land of the free”, declared one of the signs in Denver, Colorado. Some of the protesters have carried semi-automatic weapons, others Confederate flags and Trump 2020 paraphernalia. They look like carnivals of the damned.

Trump tried to present the mobilisations as spontaneous, the understandable exasperation of ordinary working folk. “They’ve got cabin fever. They want their lives back. These people love our country. They want to get back to work”, he said. The Wall Street Journal followed suit, publishing an opinion piece, “The lockdown rebellion: ordinary Americans protesting to reopen the economy face only contempt from elites”.

According to Guardian columnist Jason Wilson, a protest in Idaho was promoted by the Idaho Freedom Foundation, which receives funds from the Koch brothers, Donors Capital Fund and Castle Rock, a foundation partly funded by the fortune of the late Adolph Coors, a right-wing beer magnate. Trump encouraged protesters, tweeting: “Liberate Michigan”, “Liberate Minnesota” and “Liberate Virginia”. Cass Mudde, also in the Guardian, drew out the logic of singling out these states:

“Almost 95 percent of Americans are under ‘lockdown’ at the moment; 42 states have issued stay-at-home orders. This includes many states with Republican governors, however late and reluctantly they came to that decision. But the protests largely target states with Democratic governors. Moreover, the three states singled out by president Trump in his tweets are key targets of his 2020 campaign – holding Michigan and flipping Minnesota are crucial for his re-election. He hopes to swing Virginia by mobilizing right-wing voters on gun rights and the lockdown.”

Yet there is more to this than electoralism. Across the world, a section of capital is chafing at the health restrictions. They want businesses to reopen and profit making to restart. To hell with the lives of workers and the poor. They are prepared to let the virus rip. The protests can bolster this position politically, which is why right-wing sections of the US media and corporate elite have offered their support.

Some have dismissed the protests as marginal quackery. It’s true that it is hard to take seriously a protest movement arguing that fluoride, sunshine and Jesus will save people from the virus. Nevertheless, far-right movements can affect broader politics. And, as we have seen, they can have a symbiotic relationship with the powers that be. Furthermore, in a period of extreme crisis, such as the one we are entering, it is possible that the far right will build on the grievances of ordinary people forced into unbearable economic hardship. Historically, when the left has been small and unable to provide an alternative to the crisis-ridden capitalist system, fascist organisations have grown on such a basis.

It is vital that the true dynamics of these far-right protests be exposed. The actions of the nurses in Denver were exemplary. They stood in front of carloads of far-right protesters dressed in their scrubs and face masks, exhausted after hours of saving bodies ravaged by the virus, and refused to stand down. This kind of staunchness in the face of the far-right threat is something the left should draw inspiration from for the struggles ahead.

Vashti Fox is the author of The Story of Palestine: Empire, Repression and Resistance, available to purchase from Red Flag Books.

The US: the world's most powerful basket case Fascists and the far right see an opportunity in the pandemic 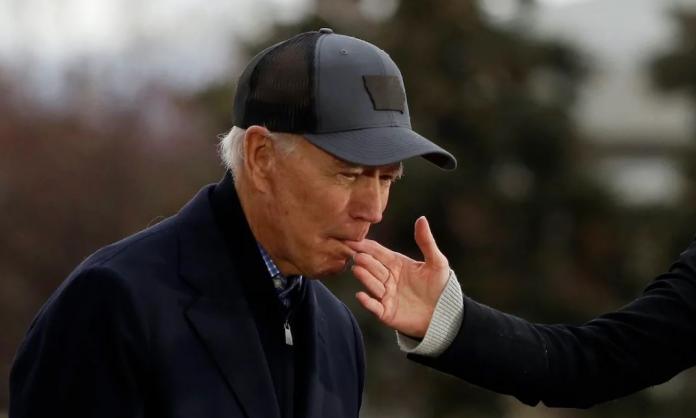