Indian indentured slavery should be remembered as one of British and Australian capitalism’s historical atrocities. The indenture system, as it is commonly called, existed between 1834 and 1920, during which time about 2 million Indians were transported to 19 colonies across the British empire, and to some French and Dutch territories. More than 400,000 were taken to both Mauritius and Malaysia, 240,000 to what was then British Guiana, 150,000 to Natal (now part of South Africa), 145,000 to Trinidad and Tobago and more than 60,000 to Fiji. The mass displacement created a substantial diaspora, with Indian migrants and their descendants approaching half the population in some countries.

By the turn of the 19th century, the international slave trade had become less central to British capitalism. The Haitian revolution, a mass uprising of slaves against French colonialism, showed the threat slavery could pose to colonial rule. There were mounting calls for the trade to be banned, which Britain and the United States did in 1807. The abolition of slavery across the British empire followed in 1833. But abolition created a shortage of cheap labour for the sugar plantations of the British Caribbean and other developing colonies across the empire. Without a new supply, the profits of these plantations and the sugar industry were in jeopardy. Among the profiteers was the Australian-based Colonial Sugar Refining Company (CSR), which had to find cheap labour for the Fijian sugarcane fields it would come to dominate.

“Indenture” was an attempt to quench this thirst for labour while tiptoeing around the new legal restrictions on slavery. The system was based on an agreement (girmit), which each labourer would enter into for five years. They would leave India to work for a small wage for an employer. When the contract expired, they could return home at their own expense, or extend their indenture for a further five years, after which they would be granted free return passage for themselves and their immediate family.

The British plunder of India had left vast regions impoverished and famine-struck for decades. Young men (and some women) from these areas were approached by local recruiters offering work and the promise of fortune. They were taken to local recruitment depots for medical checks and to finalise a written agreement. Calcutta and Madras (Kolkata and Chennai) became the main departure ports.

The seemingly consensual and paid nature of indenture allowed the British government and many historians subsequently to argue that the system was nothing like slavery. Reality tells a different story. The low regard for Indian indentured labourers was reflected by the derogatory term “coolies”, which was associated with the Urdu word “kuli”, meaning slave. Deception was rife in recruitment. Thumbprints were used to sign agreements because many couldn’t read or write. Historian Brij Lal recounts the complaints during a 1907 strike at CSR’s Labasa plantation in Fiji. Khani Zeman, one of the labourers, insisted that he was illiterate at the time of recruitment. “Nor did we even put our thumb-marks to any paper”, nor had any agreement been read to him, he said.

Another striker, Gunda Singh, said he was promised a government job and was reassured that he would not be employed as plantation labour. They complained that their rate of pay fell short of what was promised (one shilling per day for men and nine pence for women). Labourers were also unaware of their final destination and just how far from home they would be travelling. Accounts from the Caribbean tell of labourers escaping into nearby rivers, assuming they were close enough to swim back to India. There were also cases of Indians being kidnapped and the forgery of indenture documents.

But even if the labourers had understood what their contracts entailed, had signed them willingly and had been paid the promised rate, they had no choice over who they would work for nor the work they would do. They could not leave their employer, nor could they leave their plantation without written permission of their overseers. Refusal to work, not completing assigned tasks, inciting others not to work, absenteeism and desertion were severely punished by loss of wages, fines and arbitrary extensions of the period of indenture. The system was structured to dissuade repatriation to India and create new pools of cheap labour in the colonies. Of the more than half a million brought to the Caribbean, for example, only 66,000 returned home.

The conditions of indenture were brutal from the moment of departure. The sea voyages across the kala pani (black waters) were traumatic. Labourers from various regions, religions and castes speaking various languages were crammed into the confined hulls of ships. Many people died during the journey, particularly during the early years of transportation. Children under the age of 4 were also among those who perished. According to British parliamentary papers, one ship bound for the Caribbean recorded a death rate of 31 percent. In 1884, the Syria was shipwrecked en route to Fiji, killing 56 labourers.

In parts of the Caribbean, Indian labourers often moved into the same cabins or neighbourhoods in which the former African slaves lived. In Fiji, they lived in barracks, called “coolie lines”, next to the plantations in which they worked. The cramped tin shacks typically were three metres by four metres and housed three single men or one man and his family. The lodgings contrasted with the luxurious residences of the plantation owners. In the West Indies, the white overseers, often the same people who years earlier had commanded African slaves, lived in manor houses overlooking their plantations. Learning from the use of racism to divide Black slaves and white indentured labourers after revolts in 17th century Virginia, plantation owners in Trinidad and British Guiana built separate villages for Indian labourers and encouraged traditional cultural practices to segregate them from communities of former African slaves.

The pace of work was relentless, often exceeding the hours in the formal agreement. “Drivers” enforced this pace of work and the flow of profits, terrorising labourers into submission and at times shooting those who disobeyed. One survivor of indenture in Fiji told the BBC in 2005 that they would be awakened by men on horseback at 3am and forced to work. “The white men used to kick us and beat us with whips ... ‘Get on with your work’, they said. ‘This is your agreement.’” Beatings and whippings were common for those who disobeyed. In parts of the Caribbean, rubbing salt and pepper into the wounds of labourers who had been whipped became part of their punishment. The plantations became known as naraka – hell in the mythology of many Indian religions.

Malnutrition and sickness resulted from the abject poverty and unsanitary conditions many lived in. Absenteeism due to sickness resulted in labourers losing wages, feeding a vicious cycle. The BBC documentary Coolies: How Britain reinvented slavery provides an insight into the conditions. A woman who survived indenture in Guiana recounted that she lost all six of her children, five to miscarriage and one to infection. The mortality rate of babies born to indentured women in Fiji was very high. The authorities blamed mothers for their children’s deaths, claiming the women “lacked motherly instincts”. Children who survived were often forced to toil alongside their families, gathering scraps or digging holes. Death by cholera, malaria, dysentery, typhoid and suicide were common.

Though labourers could complain to the authorities about abuses, they rarely found justice. Without permission from managers, they were not allowed to leave the plantations to attend the courthouses in which their complaints would be heard. Language barriers meant that the available written evidence favoured the planters, and translators often misrepresented what labourers were saying. Legal representation was also prohibitively expensive, and the state loyally sided with the plantation owners and companies like CSR.

While some labourers attempted to serve out their period of indenture to escape these harsh conditions, others resisted. This resistance sometimes took simple forms: faking illness, absenteeism, speaking out against the overseers, refusing to perform assigned tasks and sabotage. In Disturbing History: Resistance in Early Colonial Fiji, Robert Nicole notes that in just one year (1884), one-third of immigrant labourers had been prosecuted for such offences. In 1886, prosecutions outnumbered the number of immigrants in some areas.

Collective resistance by labourers began to threaten the system of indenture. The first strikes in the Caribbean occurred in the late 1880s. According to a paper in the collection Chalo Jahaji: On a journey through indenture in Fiji, there were four strikes during Fiji’s period using indentured labour. In 1886, 300 struck at Navuso and 130 at Koronivia plantations over the issue of “over-tasking”. Another strike followed in 1888 at Koronivia. The 1907 Labasa strike began over rations, but labourers began to question the deceptive conditions of indenture as a whole.

In South Africa, where more than 100,000 had been brought to work on the railways, sugar fields and mines, protests against indenture erupted in 1908. Protests and strikes involving more than 20,000 labourers in November 1913 forced the South African administration to suspend indenture and question the viability of the system. With Britain now engaged in the First World War, labourers revolting in the colonies and agitation in India against the system, indenture was formally ended on 15 April 1917.

But the formal end of indenture only prohibited recruitment and transportation. It did not release those already indentured from their agreements. In 1919, agitation began in Fiji for the end to the system in its entirety. When the remaining indentures were cancelled on 1 January 1920, it unleashed what the governor of Fiji later described in a report to the Colonial Office as “a certain swollen-headedness which ... makes the Indian community, for employers and for Government alike, perilously difficult to handle at the present time”.

Indian labourers employed by the Public Works Department in Suva, the capital, struck against increased work hours. When they won, they stayed on strike, calling for a wage increase to 5 shillings per day. The strike spread across the country but was crushed by force on 15 February, killing one striker. Australia sent a warship to help put down the strike, but New Zealand reinforcements were delayed when waterside workers refused to load ships that would be used to crush Indian strikers. Racism was used to undermine this solidarity when the waterside workers were told they would be helping protect European women and children against rioting Indians. A six-month strike by sugar workers against CSR the following year called for the release of strikers arrested in 1920.

Karl Marx wrote that capitalism comes into the world “dripping from head to foot, from every pore, with blood and dirt”. The system’s rulers relied on brutal exploitation and oppression to enrich themselves. The story of Indian indenture is no different. It is both part of the story of how capitalism was made, and a glimpse into how its brutal bondage can be unmade by struggle.

Vinil Kumar is the National Union of Students anti-racism officer. 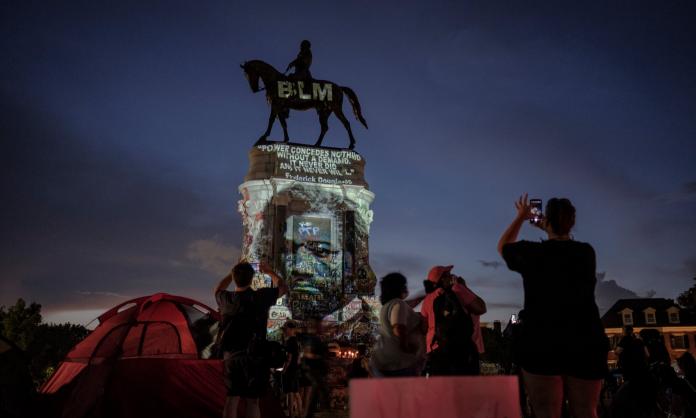 Tearing down statues is the best history lesson 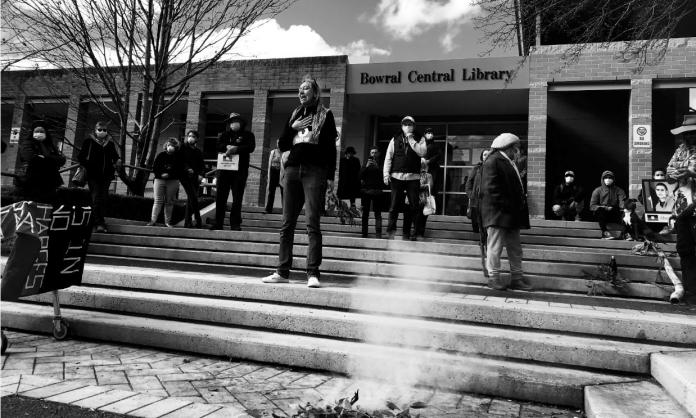 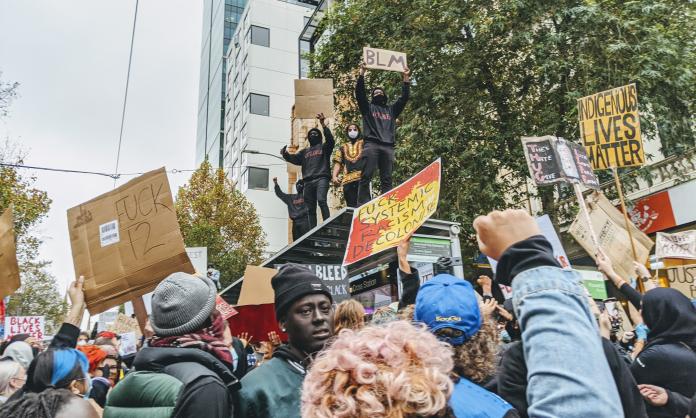 Hundreds of thousands march for Black lives in Australia 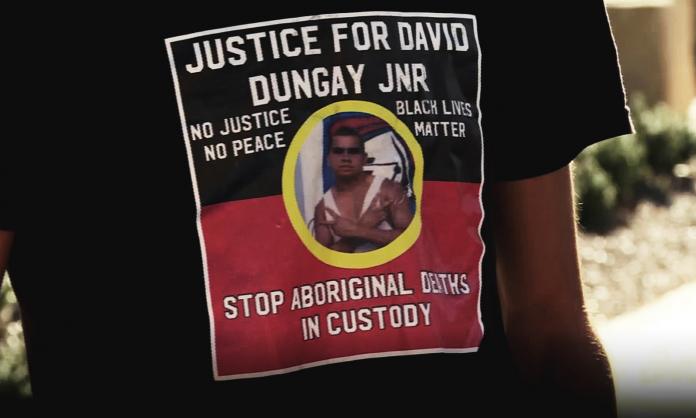 Our cops are killers, too