The strike wave in US professional sports represents an important step forward for the Black Lives Matter movement.

Four years to the day after National Football League quarterback Colin Kaepernick took a knee during the national anthem in a pre-season game to protest against racism and police brutality, the sports world in the United States was struck by an unprecedented rebellion.

It started when the Milwaukee Bucks basketball team refused to take the court for their play-off game against the Orlando Magic on 26 August. The Bucks are the best team in the NBA this year, probably the favourites to win a title—the lifelong dream of every pro athlete. However, these young men simply could not stand by in silence while police continue to murder and shoot Black people. The players released a statement that was read aloud by veteran players George Hill and Sterling Brown:

“Over the last few days in our home state of Wisconsin, we’ve seen the horrendous video of Jacob Blake being shot in the back seven times by a police officer in Kenosha, and the additional shooting of protesters. Despite the overwhelming plea for change, there has been no action, so our focus today cannot be on basketball.”

After the Bucks’ show of defiance, other NBA players held a meeting to figure out what to do. Los Angeles Clippers players threatened strike action during the 2014 play-offs after their notoriously racist owner, Donald Sterling, was recorded asking his girlfriend not to associate with Black players. At that time, Clippers coach Doc Rivers convinced them to continue playing.

This time he and the other coaches were asked to leave and let players make up their own minds—and that’s exactly what they did. The Lakers and the Clippers, both also contenders for this year’s title, voted to cancel the rest of the play-offs.

The strike by the best three teams in the league threatened the viability of the rest of the season. The league was not able to wrest back control of the situation until the following day, when coaches, players’ union leaders Chris Paul and Andre Igoudala, and Michael Jordan (now the owner of the Charlotte Hornets) pressured players to let the season go ahead.

However, the players’ defiance created a domino effect. NBA commentator Kenny Smith walked off the set of NBA on TNT in solidarity. This was followed by statements of support from other announcers and commentators, many of whom are former players.

There is no precedent for athletes taking collective action on this scale in the United States, and it soon spilled over to other sports.

The Seattle Mariners, which has more Black players than any other team in Major League Baseball, unanimously voted to strike ahead of their game against the San Diego Padres. They were followed by the Boston Red Sox, the Oakland Athletics, the Minnesota Twins, the Philadelphia Phillies and the Colorado Rockies. Seven baseball games have been postponed—a momentous stand in a league known for rampant racism.

Naomi Osaka, one of the top women’s tennis players in the world and perhaps best known for defeating Serena Williams in the 2018 US Open, dropped out of the Western and Southern Open in Cincinnati to protest against the police shooting, despite being only two matches away from potentially winning the tournament.

Five Major League Soccer games were also postponed when players decided not to play. When the league released a statement claiming to have made the decision, Los Angeles FC midfielder Anthony Kaye took umbrage in a tweet: “We as players made the decision, please give the right narrative”.

Perhaps the strongest stand was taken by players in the Women’s Basketball League, who are, if anything, even more militant than their male counterparts. They too walked out, but not before players from the Washington Mystics held a press briefing to denounce police violence and racism. They each wore a T-shirt emblazoned with a letter of Jacob Blake’s name on the front, and seven bloody bullet holes on the back. Atlanta Dream centre Elizabeth Williams read a statement from the team:

“We will kneel, lock arms and raise fists during national anthem. We stand in solidarity with brothers in the NBA, and we will continue this conversation with brothers and sisters across all leagues and look to take collective action.”

This extraordinary strike wave is the culmination of years of growing discontent among professional athletes at the racism in US society. Nearly three-quarters of NBA players are Black. Although some are millionaires, many are only a few years removed from the poverty and inequality that afflict African Americans and other minorities. Black players still deal with endemic racism and police brutality. Sterling Brown, one of the players who led the Bucks walk-off, was tackled and tasered by police only two years ago over a parking violation.

The rebellion illustrates just how far things have come in recent years. After Colin Kaepernick took a courageous knee just four years ago, NFL owners blacklisted him out of the league. Kaepernick was isolated in a political environment in which most players did not have the confidence to back him openly.

That is not the case today. Even the notoriously reactionary NFL has not gone untouched. At least nine teams shut down training camp on 27 August as players voiced their outrage on social media and wore tape with Jacob Blake’s name on it.

The Black Lives Matter rebellion and the COVID-19 pandemic have dramatically shifted mass consciousness and the consciousness of professional athletes along with it. In turn, the stand taken by athletes will encourage the struggles on the streets. Players such as Lebron James have an enormous amount of influence among young people all over the world. The demands they champion cannot be so easily sidelined by the political right.

Unlike the NFL, the NBA has spent recent years marketing itself as progressive by allowing players to protest within the framework of the game. Black Lives Matter is commonly displayed in huge lettering on banners and floors during games. Players are encouraged to wear approved political slogans on their T-shirts and uniforms. Players and commentators can voice their political concerns during post-game interviews.

However, this strategy has put the NBA in something of a bind. Rather than coopting and pacifying players’ anger, as it was intended to do, this liberal attitude has emboldened them and given them confidence to take more defiant stands. Many are now demanding that the billionaires who own NBA teams do more to deal with racism in broader society.

“When you get drafted, or a team signs you, first thing they say is, ‘Welcome to the family, if there’s anything you need, we’re here for you’”, said Kendrick Perkins, a commentator who is close to many players in the NBA. “Does that only apply when it’s beneficial to the owners? When we’re selling out arenas? No ... we need them to step forward. You’re either with us or against us. You can’t tell me that these white American owners don’t have great relationships with governors and mayors and people of power, even President Trump. It’s time for them to step up.”

A number of players have voiced discontent at the NBA bubble, a quarantined section of Disney World in Orlando, Florida, where games are currently being played. Players are unable to see their families in person or anyone else in the outside world. Many players feel that their place is on the streets and in their communities, not confined in an amusement park playing basketball for a TV audience.

“We shouldn’t have came to this damn place, to be honest”, Bucks guard George Hill told reporters several days before the strike. “Coming here just took all the focal points off what the issues are ... We’re down here playing in the bubble to do these things for social justice and all that. To see it all still going on [police brutality against Blacks] and we’re just playing the games like it’s nothing, it’s just a really messed up situation right now.”

No matter how the current struggle ends, the NBA and other sports are taking place in the pressure cooker of US society. The racist police violence will continue, as will the protests against it. The profound social and economic crisis born out of the coronavirus pandemic will continue to destabilise life at every level.

Chris Webber was an all-star in the NBA, and now comments for NBA TV. He spoke passionately about the turn of events while sitting in front of an empty NBA court: “I’m very proud of the players ... If not now, when? If not during a pandemic, with countless lives being lost, then when? That’s all I want to hear. Martin Luther King got shot and risked his life, Medgar Evers ... we’ve seen this, all of our heroes constantly getting taken down. We know it’s not going to end”. Webber then looked directly at the camera to make an emotional appeal to any players who might be watching: 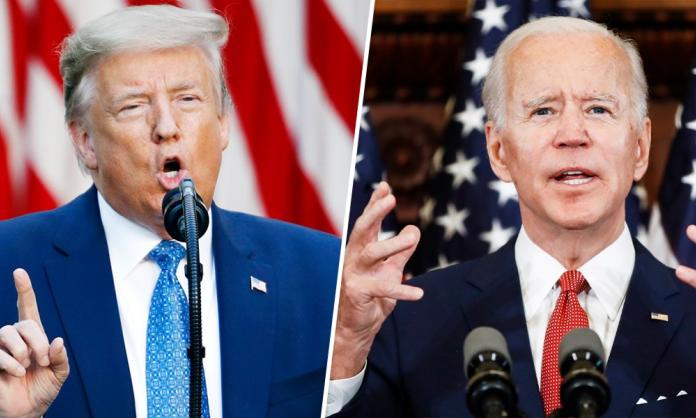 The ‘election of our lifetime’ delivered the worst of America