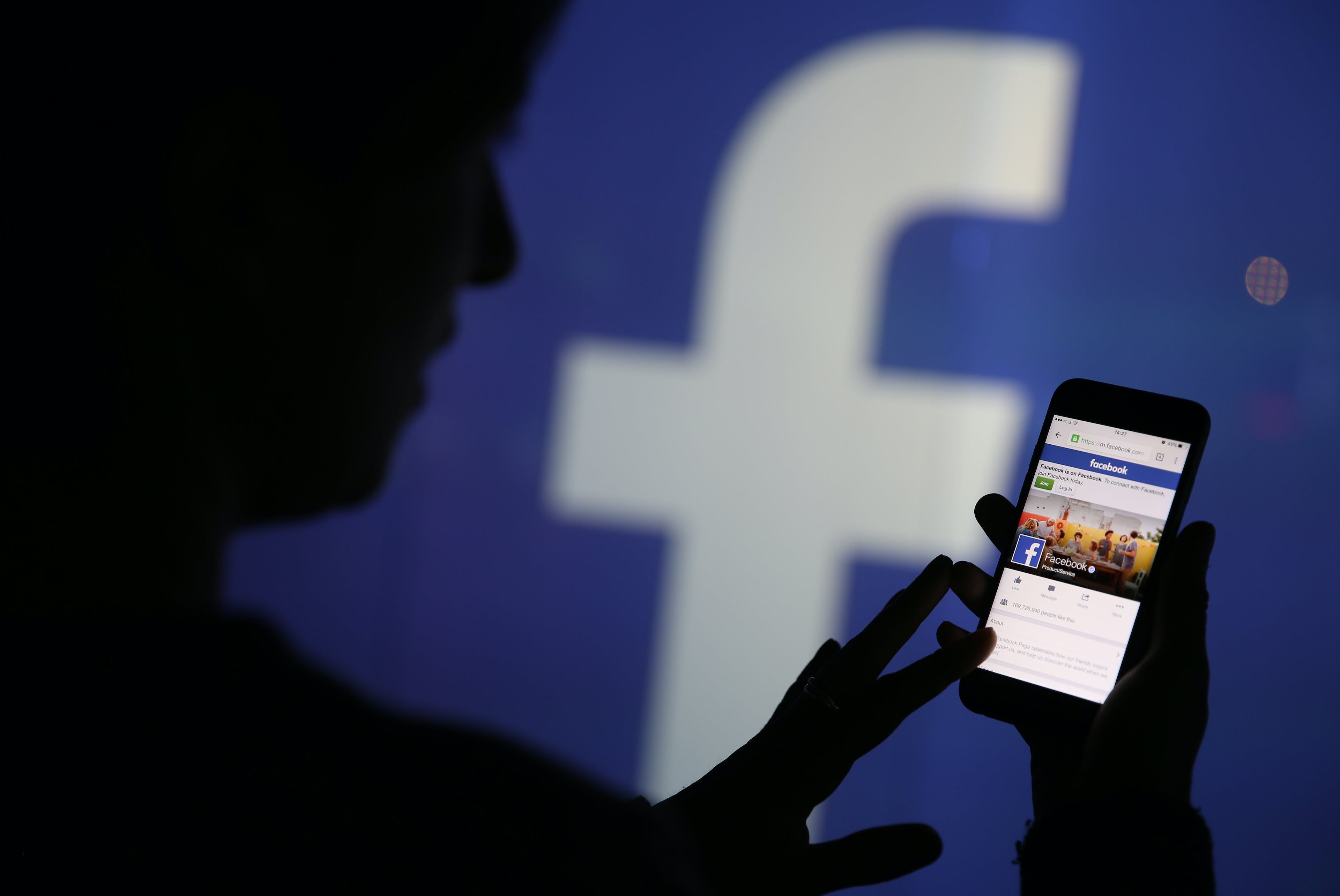 Israel’s caretaker prime minister, Benjamin Netanyahu, sought to shut down all use of the popular video-sharing app TikTok in Israel last month. The attempt to censor TikTok, details of which emerged at the end of May, is one of a number of reported attempts by Israel to control social media content during last month’s military assault on the Gaza Strip.

Netanyahu tried to impose the blackout as Israel faced an international social media outcry over its eleven-day attack on Gaza, which killed more than 250 Palestinians, and the violent repression by Israeli police of Palestinian protests in occupied East Jerusalem and inside Israel. Government law officers are understood to have resisted the move.

Benny Gantz, the defence minister, also lobbied senior officials at Facebook and TikTok to crack down on posts critical of Israel, labelling them incitement and support for terror. The tech giants responded by agreeing to act “quickly and effectively,” according to a statement from Gantz’s office.

The revelations follow widespread reports last month that social media corporations regularly removed posts that referred to the Jerusalem neighbourhood of Sheikh Jarrah, where Israel recently stepped up moves to force out Palestinian families and replace them with Jewish settlers. Social media users and digital rights organisations also reported censorship of posts about the al-Aqsa mosque compound in Jerusalem.

Threats of expulsions in Sheikh Jarrah and an invasion by Israeli soldiers of al-Aqsa were the main triggers causing Hamas to fire rockets into Israel last month. Israel responded by destroying swaths of Gaza.

Israel’s Supreme Court ruled in April that the cyber unit could continue its often secretive operations from inside the Justice Ministry, arguing that its work contributed to national security. Since 2016, the cyber unit has removed many tens—and more likely hundreds—of thousands of Palestinian social media posts in collaboration with global tech corporations.

The posts are erased without any legal oversight and usually without notifying users, Adalah pointed out. In many cases, users’ accounts are suspended or removed entirely, or access to whole websites blocked. The vast bulk of those being silenced are Palestinians—either those under a belligerent Israeli occupation or those who live inside Israel with degraded citizenship.

The cyber unit was established in late 2015, part of a raft of measures by Israel purportedly intended both to identify “terrorists” before they strike and to curb what Israel describes as “incitement”.

Given the opaque nature of the process, it is impossible to know what content is being taken down, Rabea Eghbariah, one of the Adalah lawyers who filed a petition against the unit to Israel’s high court, told the Electronic Intifada. Examples in the Israeli media, however, suggest that Israel regularly targets posts critical of Israel’s belligerent occupation or express solidarity with Palestinians.

The court petition to end the cyber unit’s work was filed in November 2019 by Adalah, which represents 1.8 million Palestinian citizens, a fifth of Israel’s population. According to Adalah, the unit’s methods violate “the constitutional rights of freedom of expression and due process”. In approving those methods, Adalah observed, the courts had conferred on the Israeli state the “unchecked” power “to govern online speech” and had allowed private tech companies to usurp control of the judicial process.

Eghbariah said Palestinians could rarely challenge their silencing on social media. The tech companies do not reveal when Israel is behind the censorship or what “terms of service” have been violated.

In court, Israeli officials defended their sweeping suppression of online content by arguing that ultimately social media companies like Google and Facebook were free to decide whether to accede to its requests. However, Israeli officials have previously boasted that the tech giants almost always agree to remove whatever content Israel demands. In 2016, the Ministry of Justice reported that Facebook and Google were “complying with up to 95 percent of Israeli requests to delete content”—almost all of it Palestinian.

Eghbariah told the Electronic Intifada that some 80 percent of Israel’s referrals for removing content relate to Facebook and its other major platform, Instagram, both of which are heavily used by Palestinians. The next most targeted site was YouTube, where Palestinians often post videos showing attacks by Jewish settlers illegally taking over Palestinian land or Israeli soldiers invading Palestinian communities. The accounts of Palestinian news agencies and journalists have also been repeatedly shut down.

Eghbariah noted that submissions by Israel’s cyber unit to social media platforms had skyrocketed since it was set up. In 2019, the last year for which there are figures, some 19,600 requests to remove content were submitted—an eightfold increase on three years earlier. He added that each referral to a tech company could relate to tens or hundreds of posts, and that the removal of a whole website typically counted as a single request.

“What’s noticeable is the increasing cooperation rate of the social media platforms”, he said. “In 2016, three-quarters of Israeli requests were complied with. By 2019 that had risen to 90 per cent.”

Human Rights Watch is among those who have criticised Israel for blurring the distinction between legitimate criticism made by Palestinians and incitement. By contrast, the Palestinian digital rights group 7amleh has noted, Israel rarely takes action against Israeli Jews, even though they are responsible for posting racist or inciteful material roughly every minute.

And the politicised nature of Israel’s crackdown on social media is often hard to disguise. In December 2017, Nariman Tamimi was detained for incitement. She had streamed a video on Facebook of her then 16-year-old daughter, Ahed, confronting and slapping an Israeli soldier who was invading their home in the occupied West Bank moments after his unit shot her cousin.

Dareen Tatour, a poet from the town of Reine, next to Nazareth, spent years either in jail or under strict house arrest for supposedly glorifying violence in a poem. Experts said the lines had been misunderstood by Israel’s security services. Indeed, errors in translations from Arabic have been regularly evident. In a case in October 2017, a Palestinian labourer was arrested for supposedly threatening a terrorist attack on Facebook before it was discovered that the Arabic expression he used meant “good morning”.

In 2019, 7amleh reported that fears over this online crackdown had left two-thirds of Palestinians worried about expressing their political views on social media.

Other governments may look to the Israeli court’s decision in April as further encouragement to adopt a more aggressive role in censoring online content. Eghbariah said that the UK, France and the European Union already had their own cyber referral units, although unlike Israel’s those units were explicitly authorised by legislation.

In a sign that Israel’s politicised approach to crushing online dissent could become normalised worldwide, an architect of Israel’s cyber unit was appointed to Facebook’s new oversight board last year. Emi Palmor was the Justice Ministry’s director-general at the time the unit was established. The board is supposed to oversee what content should be allowed on Facebook and Instagram.

The Israeli cyber unit’s increasing efforts to remove content by Palestinians, labelling it “terrorism”, “disinformation” or “incitement”, are the latest stage in more than a decade of moves by Israel to control and manipulate its image online as social media has become more central in most people’s lives.

Israel stepped up its digital activities after its large-scale attack on Gaza in late 2008 and early 2009, which killed large numbers of civilians, including children, and shocked much of the world. During the attack, the Israeli army established its own YouTube channel, the first army to do so, offering a model that the US army quickly sought to emulate.

At the same time, tech-savvy youngsters were recruited to pose as ordinary web-surfers as they secretly promoted foreign ministry talking-points. Several “cyber warrior” teams were established in the following years, including one that recruited former officers from Israel’s military spying unit 8200. Since then, Israel has expanded its digital operations, not only promoting hasbara (propaganda) online but intensifying its silencing of Palestinians.

At a conference in the West Bank city of Ramallah in 2018, local representatives for Google and Facebook conceded that the companies’ priority was to avoid upsetting powerful governments like Israel’s that could tighten regulation or constrain their commercial activities. The tech giants are also unlikely to be neutral between the claims of the Israeli state and ordinary Palestinians when they are so reliant on Israel’s hi-tech sector. Technologies developed using the West Bank and Gaza as a testing-bed have been eagerly bought up by these global corporations.

Incensed by Facebook’s censorship, a Palestinian campaign of online protests was launched in 2018 under the hashtag #FBcensorsPalestine. In Gaza, demonstrators have accused the company of being “another face of occupation”.

Google and Apple have also faced a wave of criticism for colluding in Israel’s policy seeking to erase Palestinians’ visible presence in their homeland. The tech companies have failed to identify many Palestinian villages in the West Bank on their online maps and GPS services while highlighting illegal Jewish settlements.

They have also refused to name the Palestinian territories as “Palestine”, in accordance with Palestine’s recognition by the United Nations, subordinating these areas under the title “Israel”. Jerusalem is presented as Israel’s unified and undisputed capital, just as Israel claims—making the occupation of the Palestinian section of the city invisible.

Jonathan Cook is a Nazareth-based journalist and winner of the Martha Gellhorn Special Prize for Journalism.

Five months after Russia’s invasion of Ukraine, the war grinds on relentlessly, with devastating effect. The Russian army may have been forced to pull back from its initial assault on Kyiv and Kharkiv, but this has not meant an end to its long-term objective of subjugating Ukraine nor to the barbarism it has inflicted on the population.

UK Home Secretary Priti Patel has approved the extradition of Julian Assange to the US, where he will face 18 espionage charges brought against him by the Department of Justice. The charges carry a combined penalty of up to 175 years in prison. It is another cut in the long, torturous crucifixion of the Wikileaks founder, who dared to embarrass and expose the war crimes of the US empire and its allies.

World military spending has passed US$2 trillion for the first time, according to new data published by the Stockholm International Peace Research Institute (SIPRI). Last year was the seventh consecutive year that world military spending increased; total expenditure has almost doubled this century.

The Israeli High Court has approved the expulsion of between 1,200 and 1,800 Palestinians from eight villages in the Masafer Yatta region of the South Hebron Hills in the occupied West Bank. Should the expulsions go ahead, it will be the one of the largest incidents of ethnic cleansing in the area since 1967.

From early in her political career, Rosa Luxemburg was concerned with the struggle against imperialism and war. Her analysis and the tactics she advocated weren’t all correct, but she was always on the side of the working class and its independent organisation, and of the oppressed. That was true in her approach to the “national question”, her responses to wars and her theory of imperialism.